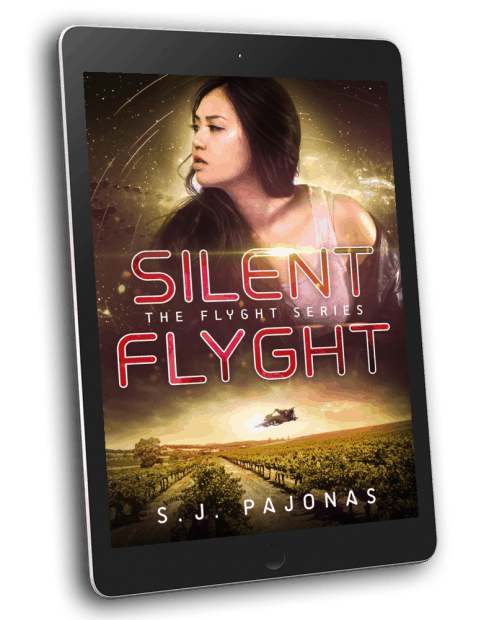 In need of cash and running out of time...

Vivian heads to Sonoma in search of her last consort.

In need of cash. Running out of time. A desperate play to protect what’s hers…

Vivian Kawabata has finally reached her breaking point. The plucky starship captain is doing everything she can to ensure her treasured family land isn’t stolen. But she’s shocked to learn they will auction the property in only two weeks, and she doesn’t have enough credits to compete.

Scrambling to forge a revised plan to save her inheritance, Vivian’s convinced the only solution is to add a new benefactor to her sexy stable of suitors. But with a rival sabotaging her business at every turn, she fears even a wealthy man’s help will come too late.

Can Vivian preserve her birthright before it’s snatched away for good?

Silent Flyght is the fifth book in the sultry Flyght Series of sci-fi reverse harem romance. If you like epic space sagas, smoking-hot men, and one shocking twist after another, then you’ll love S. J. Pajonas’s galactic adventure. 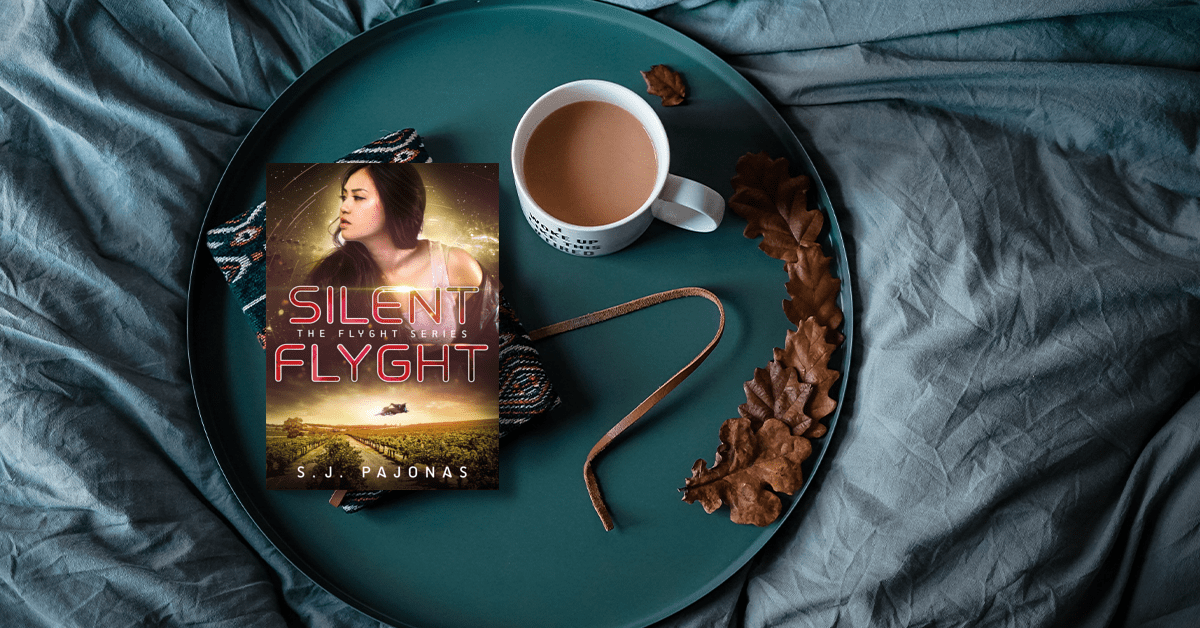 My skin crawls, and a prickle of dread creeps along the back of my head as we’re swept into the melee with everyone else.

“Stick together,” Ken calls out, wrapping his arm around my waist. Jinzo and Gus are right next to me too. “Something is going on.”

Something is definitely going on. Men pull signs from bags as we get closer to the town center square. They raise their voices and placards reading, ‘Bring Back Manpower!’ and ‘Stop the Cuckolding of the Duo Systems!’ and ‘End the Reign of Women!’

Panic builds as many of these men leer at me. Their gazes clearly communicate that I’m meat, a tasty meal, something to be possessed and ruled over. My heart pumps like a racing ship, and I can’t breathe. I try to seek out the faces of other women in the crowd, and there are none.

“Jin,” I squeak. He angles me so we walk out of the mass of people and towards an open convenience store.

This is the first time ever in my life I’ve been afraid of a crowd of men. The laws in the Duo Systems are strict. Violence against women hasn’t been tolerated for a hundred years or more. And men are tried for fewer crimes now that the relationship network system takes care of so many. I always figured I had the protection of society and the government.

But it appears not.

“F***ing Reformers.” Ken’s voice is thick with anger as he pulls me to him. All the guys have gathered in close now. “I had no idea they were so numerous.”

“So many men are forced to go without women because the Vir gene just can’t be stopped.” Gus steps up and moves us along the storefronts towards the Town Hall. “There are rumors that the Vir gene has surged again. Some recessive genes are mutating or something… I admit I only barely understood the white paper.”

A surge in the Vir population is suspicious if you ask me. There are easy ways to declare men Vir free even if they’re not. The only provided gene screening is a product of Athens Industries.

We round the last corner, and a bullhorn is blowing over a crowd of thousands. A man in his early forties, his hair streaked with gray, raises his fist. He looks familiar, but I can’t place him.

“… We’re tired of being second-class citizens! Women are weaker than men. They have been and always will be the weaker sex. Why are we letting them run our governments? Own all the land?”

A cheer rises from the crowd, and a cascade of shivers runs across my shoulders and arms.

“The Vir gene has kept us down, cowed, for centuries! This inequality must end!”

He raises both fists in the air, and the crowd cheers him on. Gus and Jinzo pull me away, while Ken stares in horror. The men raise their voices, and a chant of ‘No More Women!’ grows among the participants.

We skitter along the street to the Town Hall and make it inside before anyone else can spot us.

“Can you believe that?” Gus asks, his voice filled with wonder.

“That’s suicide. No more women? We’d all die out in a generation.” Ken is just as shocked as I am.

“They know they can’t get by without women,” Jinzo says, urging us away from the door. “That’s the whole point. I’ve heard rumors of underground tech that will turn women into gestating machines. Horrific stuff.”

I wet my dry lips and stare out the window at the crowd of men chanting and raising their fists in the air. Something tells me that beautiful women would get a pass, and plain women like me would be the first to be converted into baby-making machines. No wonder Tomu believed in this business so thoroughly.

And while Athens Industries is turning Vir boys into some kind of monsters, the rest of society is looking to revert to the Dark Ages.

And there’s not a damned thing I can do to stop it. 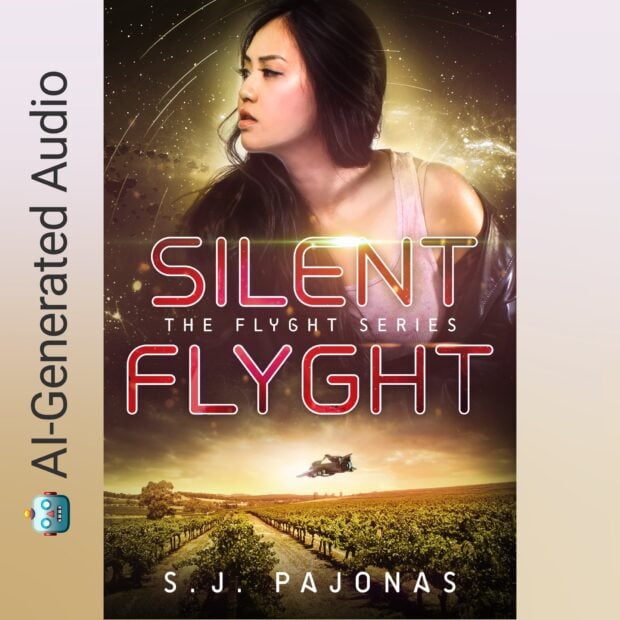 This book was made using Amazon Web Services' Polly AI-Generated Voices. The entire book was proofed by a human, and all pronunciations and presentations were corrected to give you a fantastic listening experience. To hear a sample of this book before purchasing, please visit https://soundcloud.com/spajonas/silent-flyght-intro-and-chapter-1-sample or listen below!

There are NO REFUNDS OR EXCHANGES on digital products, so please listen to the sample first before purchasing. 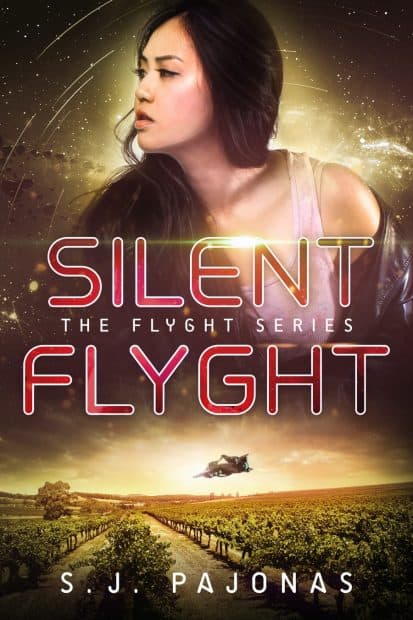