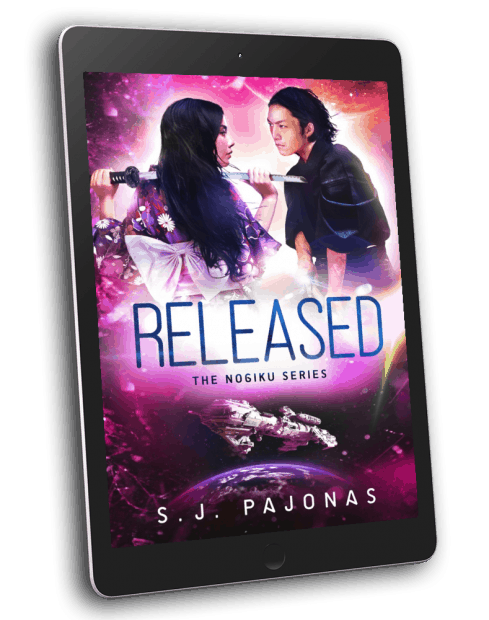 The story of Sanaa and Jiro continues in Released...

As the city recovers from a violent earthquake, Sanaa is left to deal with her fate.

Sanaa must deal with her fate.

Left in the desert to recuperate from her injuries, Sanaa Itami paces the floors and contemplates her mistakes. She trusted too easily, and now people she loved are dead, killed at the hands of men coming to assassinate her. Sanaa feels beaten, but life awaits her at home. While her city recovers from the devastating earthquake, negotiations for Sanaa's future continue. New allies must be made, new friendships brokered, new skills acquired — at all costs.

Life at the top of the chain is complicated and lonely, though. With all her friendships rocky and uncertain, Sanaa must learn to trust others again more than she's willing. Who is left holding a grudge? And will the new family Sanaa has found with Jiro support or betray her?

Released is the second installment in the Nogiku Series, a saga of post-apocalyptic sci-fi novels set in future Japan. 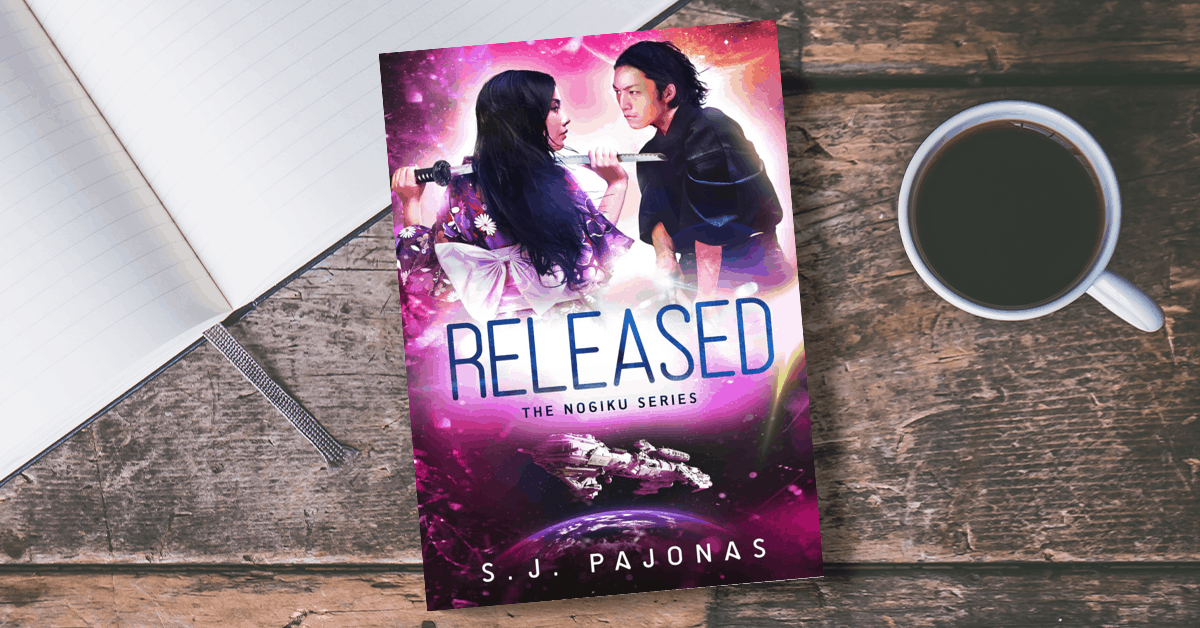 “Itami-sama, I’m glad to see you’re feeling better. Sakai-san tells me you were injured during the earthquake. How unfortunate.”

What a supremely cunning liar Minamoto is. I’m sure he knows everything about the fight, my injuries, my recovery, and my near death again in the hospital at the hands of an assassin. He has spies. We have spies. If only we all just told each other everything, but instead we do this dance. To men like Minamoto, the dance is everything, and if I don’t want to offend him, I will have to step lightly.

“I am quite well now, thank you, Minamoto-san.” I rise from seiza to lean forward and lift my cup of tea from the table between us. Jiro is sitting silently to my left, Usagi standing behind me, and Sakai is on my right.

I sit back on my heels and take the time to sum up Kentaro Minamoto. He’s twenty-two, the same age as Jiro. He’s lean, fit, and possibly a little wiry under his gray kimono. He has a thin face, long forehead, and short spiky hair. If I had seen him out and about, I definitely would have thought, “Not my type.” He has yet to utter a word, but he is watching me while I watch him.

“Minamoto-san, you said you had business to discuss,” Sakai says, setting his tea cup down and placing his hands on his upper thighs. I continue to sip at the genmaicha. Hmmm, this tea is not as bad as I remember it being.

Kentaro lightly shakes his head at Minamoto. Violences flashes over Minamoto’s eyes as Kentaro turns towards me.

“Itami-sama, before the earthquake, I was prepared to get back to you about my support. I am willing to throw the full weight of my house behind you, but I ask one thing in return.”

I keep my face as passive as possible. Here it comes.

“You currently have no consort. You are twenty and of the age that such things are permissible. It would be advantageous for both our families if you were to take my son, Kentaro.” 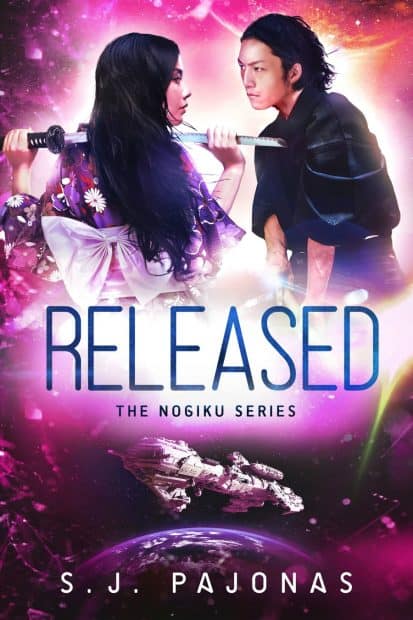 “Released continues Sanaa and Jiro's journey of love and discovery. Their relationship has grown a lot in this book and it's a lot of fun to be a part of that growth. To listen in on their private conversations, to spar with them in the dōjo, to join them on their dates – it makes for fun reading and dreaming!” – Heather McCoubrey, Author of To Love Twice

“Released was amazing, I fell even more in love with this series and I couldn't put this book down. I liked where the story went and I liked meeting the new characters and getting to know others better.” – Lola, Lola’s Reviews

“I read the first book of this series, Removed, as part of a read-it-review-it for a book club. Removed was so good, I purchased Released as soon as I was able. You never know what you will get with the later books in a series. Rest assured, you get a whole bunch of awesomeness with this book. It was everything I wanted and then some. I absolutely loved it.” – JulieK, Amazon Customer

“RELEASED, S.J. Pajonas' second book in the Nogiku series, did not disappoint. In fact, having already been familiar with the construct of the world in which Sanaa lives, I found myself jumping right into this new story and hardly coming up for breath. Exciting action, sensual love, and intriguing but light sci-fi combined to captivate me as a reader.” – Katie L Carroll, Author of Elixir Bound

“I loved that Jiro and Sanaa still talked things out, and when they didn’t, I never got annoyed with Sanaa because you feel everything she does. You understand the motives for her actions. I loved the action scenes too, and not all of the mysteries have been solved yet. On the contrary, this book ended with even more questions, and I really wish I had book three right now.” – Brianna, Biblio Belles

“While the science fiction isn’t as predominant in this book as it was in Removed, it’s still an important and well-done piece of Pajonas’ writing. The book certainly ends leaving me wanting and waiting for book three with a huge, unexpected twist that I really loved.” – C. E. Kilgore, Tracing The Stars

“Nogiku Series is definitely one of my favorites right now. I love how Sanaa has grown into a formidable female lead. Without giving out a lot of info, her skills training definitely gives her an edge. This book will definitely leave you wanting to continue on with the series.” – Dre Wolf, Sporadic Reads