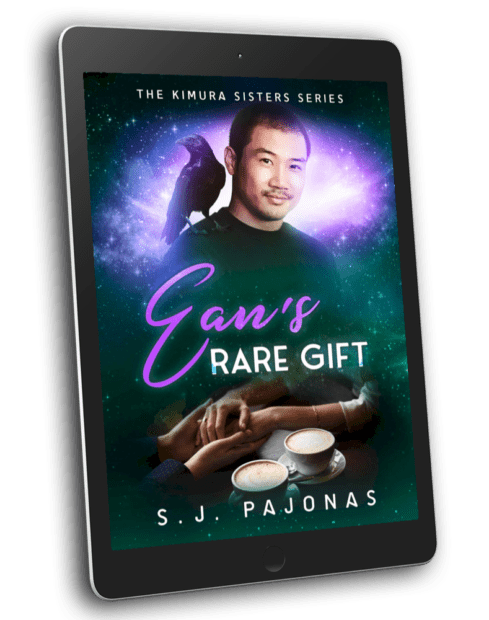 Ean and Karina's blossoming romance is put to the test

when a superstorm strikes...

Only for newsletter subscribers!

Not only do you get Ean's Rare Gift, but everyone who signs up gets a FREE ebook copy of The Nogiku Series Guidebook! This exclusive ebook includes articles on Japan and Japanese culture, deleted scenes, Q&As, and essays written only for this guidebook. You also get a free copy of and First Flyght, the first book of the Flyght Series!

Love can blossom in the most unexpected places, especially when the future is uncertain.

Ean Kimura has harbored a crush on Karina Varoni for years, but he never found the courage to act on it. Karina, the local café owner, is a widow living with the ghost of her late husband and struggling to move on with her life. After confessing her feelings to her sister-in-law, she finally musters the courage to ask Ean on a date, and he eagerly accepts. Despite the fear of ruining their friendship, Ean and Karina take a chance at love and their date blossoms into a magical evening.

But when a superstorm threatens their town, Ean and Karina must put their relationship on hold to help those in danger. Working together to save a group of people squatting in a nearby abandoned estate, disaster strikes, and they're forced to flee the chaos.

Will their love be powerful enough to survive the storm? Ean and Karina will discover the strength of their bond in this thrilling and romantic tale of courage and devotion in Ean's Rare Gift, a companion novella to the Kimura Sisters Series. 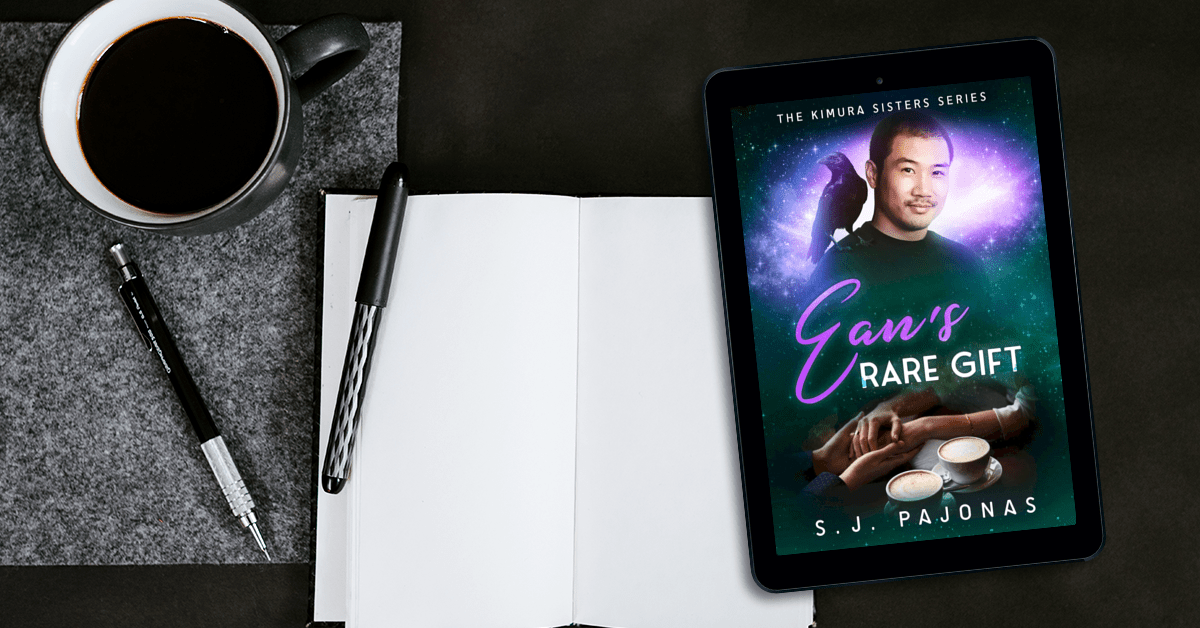 In the bedroom, I hear the telltale sound of dog nails hitting the floor, and Suri’s pair, Finn, a fluffy golden retriever, comes out of the room to stretch and join her at her feet. He woofs at her.

“Finn is thirsty. You got a bowl of water you can put out?”

“Yeah, sorry.” I grab a bowl from the stack on the counter, rinse it out, fill it, and put it on the tile floor of the kitchen. Finn approaches and drinks. Soon enough, Mochi, Myra’s skunk pair, and Ivan, Tilli’s cat pair, leave the bedroom too. I sigh. They’ve probably each left half their fur on my bed.

Don’t react, Ean. I school my face and keep unpacking.

“Yes, she is single. Why do you ask? I thought you were already dating someone.”

I keep my eyes on the box rather than look at her. I can tell from the tone of her voice that she’s in a teasing mood and serious as fuck about it.

“You know,” I say, unwrapping a glass, “I wish Mom and Dad had stopped having sex right after they gave birth to me.”

“Ew,” Tilli says, exhaling smoke out the window and handing the cigarette back to Myra. “Thanks. I needed that. It’s been nothing but studying lately.”

“Yes,” I say, brightening. “How’s that going? Are you ready for the I.A. entrance exams?”

Tilli is trying once again to get into the Interstellar Agency. She failed her first entrance exams, and this is her last chance to try again. She has an appointment to take them next spring.

“Don’t change the subject,” Myra says, carefully stubbing out the cigarette and putting it back into the lunchbox. She raises the cup in the air as she crosses the room to throw it away. “I hear all the gossip in the kitchen at work. Karina has eyes for you.” She points directly at me.

I burst into a laugh. “You. Are. Insane. Karina is just a friend.”

Myra raises an eyebrow. I sober, and my smile fades away.

“Seriously, she’s a widow who misses her late husband. I would never…” I place my hand over my heart. “I could never violate that, even if I wanted to, which I do not.”

I am a convincing liar, but saying this out loud reminds me of my place.

I’m Karina’s friend. She placed me in this box, and I won’t infringe on her personal space, even if I want her. I can only hope the desire fades away someday soon. It’s been years, and I still think about her at every waking moment. 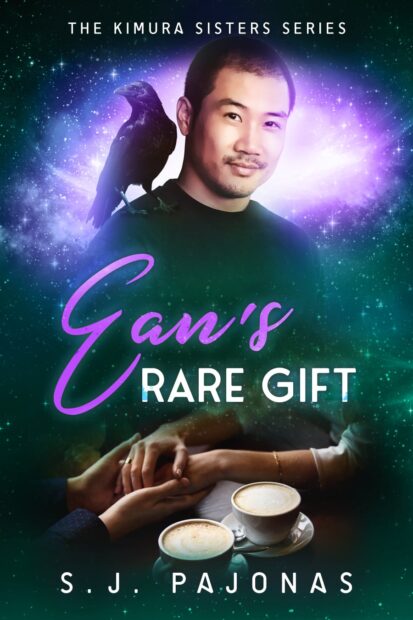 Download Now!
S. J. Pajonas is a participant in the Amazon Services LLC Associates Program, an affiliate advertising program designed to provide a means for sites to earn advertising fees by advertising and linking to Amazon.com.
We use cookies on our website to give you the most relevant experience by remembering your preferences and repeat visits. By clicking “Accept”, you consent to the use of ALL the cookies. View our Privacy Policy
Do not sell my personal information.
Cookie SettingsAccept
Manage consent