An Unexpected Debt (The Amagi Series, #1) 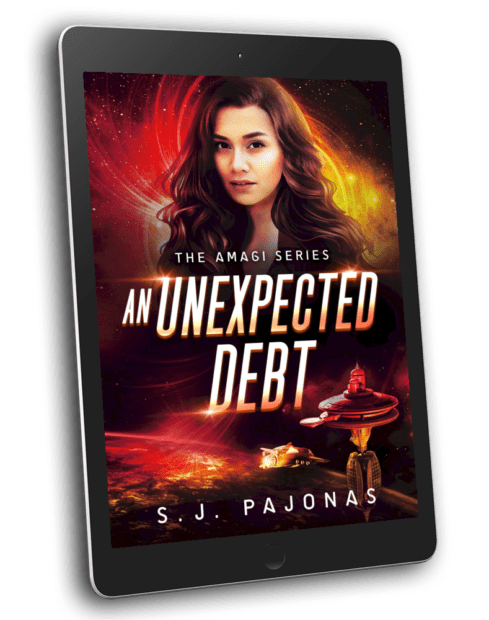 But it won't help her with her current family crisis

About An Unexpected Debt...

An Unexpected Debt is the first book in The Amagi science fiction romance series. If you like mouthy heroines, an array of delicious men, and amazing world-building, then you’ll adore S. J. Pajonas’s action-packed adventure. 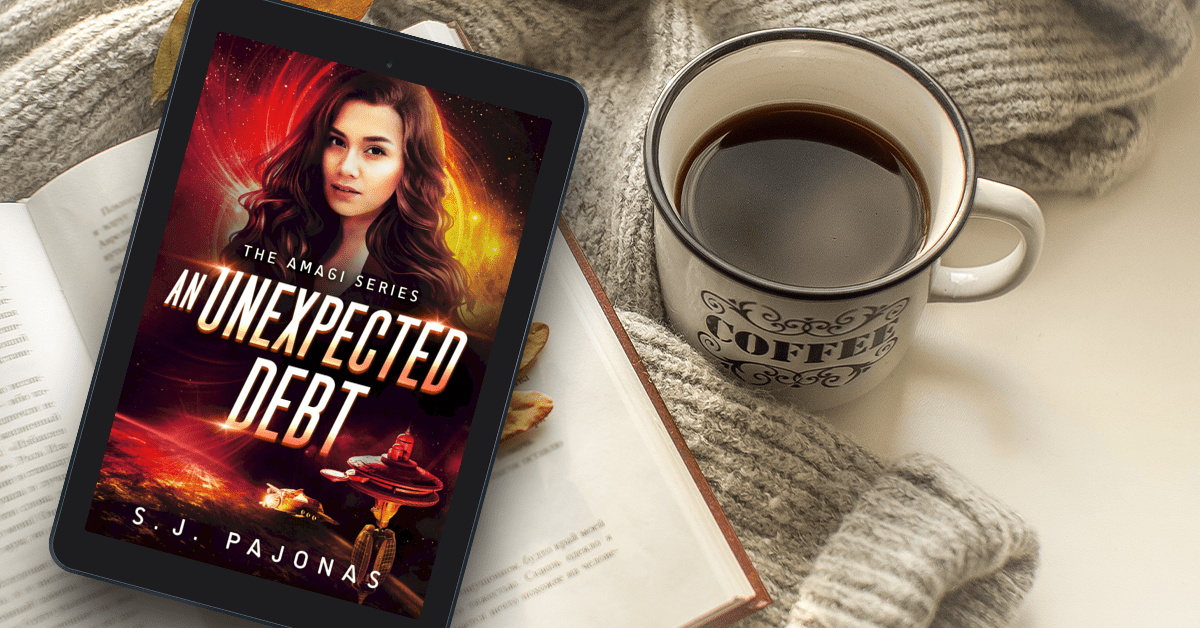 “So, this is who I have picked out for you,” Marcelo says, sitting next to me and handing me his datapad. He could just share the profile with me via my wristlet, but this way, everyone can lean over and read at the same time as me. Vivian leans over the couch’s arm and Jinzo and Gus peer over the top of my head. I reach back and squeeze Ilaria’s foot before I pay attention.

“I’m not sharing names or occupations of any of your men until you meet them in person. I don’t want anything coloring your first impressions except what I have researched and they’ve provided.”

I scan my eyes down the document before I get started.

“Comes from a prominent Rio family. He’s a second son, and he’s active in the family business,” I say, nodding my head. All good things. “The family business has a presence throughout the Duo Systems, on all the major planets.”

Hmmm, that must mean they trade in some kind of goods.

“That’s good,” Vivian says. She reaches out to scroll on the datapad, and I smack her hand away. “Ow.” She laughs.

“Blah blah blah. He works out. He’s creative. He has his own money, too, not just what the family provides.”

“That’s important,” Jinzo says, shifting Ilaria to his other arm. “You’ll want someone who can either invest in your business or invest in the family. If he can’t do either, then it becomes a problem.” Jinzo nods to Gus, and Gus nods as well.

He’s not wrong about that. Miguel is the only man who came into my mom’s network with his own money. My father was fairly poor and did the bare minimum for the family until he ‘retired.’ The rest? Dominic works for my mom, but it’s such an easy job, he might as well be bumming off of her. Communications Director means he answers calls and screens everything Mom has to deal with. A teenager could do that. Juan would have raised Cameron and Nolan if Dominic hadn’t convinced him that I would do it instead.

I clear my throat. “He’s looking for someone independent and skilled at their own job. Someone with strength and a will to get things done. That’s very me.”

I scroll down the dossier some more until I see the words I was looking for.

“Negatives. Should not be a pushover. Doesn’t let other people take advantage of her. ‘This is important because his family business must be protected at all costs.’” I look up at Marcelo, and he doesn’t seem perturbed by this.

I try to swallow through my dry throat as I scroll up and down the dossier. I believe I even meet the physical criteria for this man as well. I’m not too tall, I have curves, and I take good care of myself. Hell, I just survived being marooned in the desert, so obviously, I’m doing okay.

But the negatives? Doesn’t let other people take advantage of her? I’ve never admitted it out loud to anyone — not to Marcelo, not to Vivian, not even to my own mother — but that’s been my entire life. My heart beats at double speed in my chest, and my fingers shake.

“Yeah, a great fit,” I respond, my voice cracking a bit. 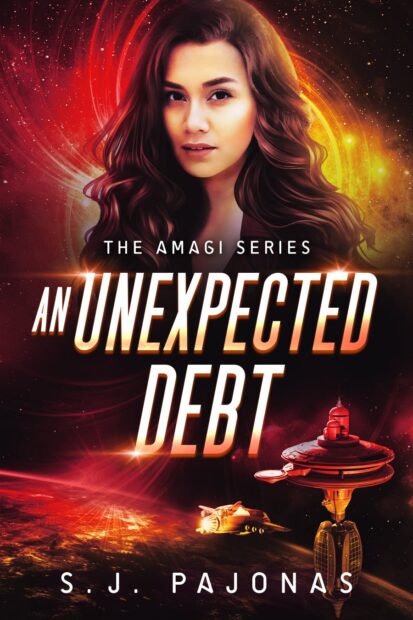