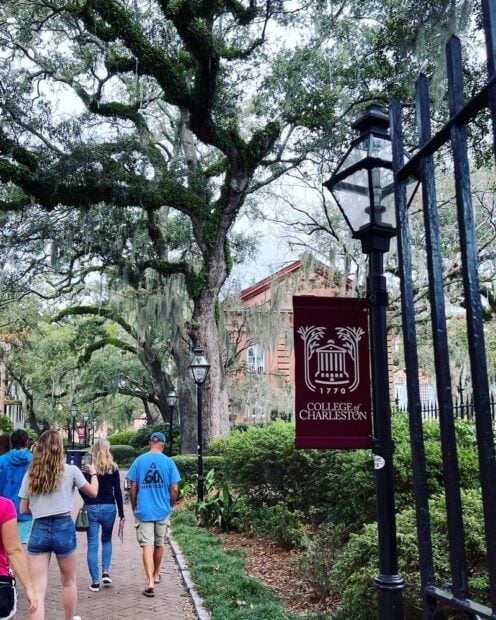 I haven't updated this blog much this month because my life has been sooooooo busy! A lot of the stuff has been unanticipated as well.

When last I updated, I had published The Fate of Shin-Osaka and then we were going to Charleston to visit my parents. The trip went well, all told. We celebrated my father's 80th birthday, I walked a lot, we ate a lot of food, and I drank wine pretty much every day. No complaints there. Sleeping at my parents' house is a bit of a problem for me. The bed we sleep in is hard on my hips and I'm often in pain after a night of sleep there. I have to take a lot of ibuprofen to get through the days and nights. I hate doing that because I worry about it causing stomach issues, but you gotta do what you gotta do.

I was worried about Lulu while we were there. I heard from her sitter that she wasn't eating much. Lulu tends to hunger strike when she's sad or displaced, so I wasn't surprised, but I was worried. Eventually, the sitter got her to eat and I was able to relax.

Our trip home was a bit of a problem. We originally booked a direct flight, but then United canceled that and put us on a connecting flight through D.C. We carried our luggage on so we wouldn't have to worry about the bags not making it to our destination, and that worked out. We even caught our connecting flight without issue. But once we got to Newark, things took a turn. The plane at our gate was having maintenance issues and then it took them a long time to find a new gate for us. We sat on the tarmac for AN HOUR waiting. All I wanted was to get my dog and go home. It took forever. Ugh. I love living near airports that can get us anywhere in the world, but Newark airport just sucks. There's a reason why it's rated so low.

Anyway, once we were home, it was back to business. Monday was a lot of tears and frustration from my kids about the school they missed and wanting Taylor Swift tickets (note: we did not get them because they canceled the sale). And then out of the blue, I got my period a week and a half early along with a huge headache. That put me down and out for pretty much all of Tuesday. Then I got some bad news about the health of a family member which threw me out of my groove on Wednesday. Then on Thursday, my oldest child woke up sick, and she's been sick ever since, so I have been playing nursemaid for days now. I'm hoping today she's without a fever and can go back to school tomorrow.

Have I been writing? Sort of. I'm only about 5k into Ean's Rare Gift. The first couple of chapters are always really slow for me, and then I take off until the middle. So I'm working towards that now. I doubt I will write today because I'm going to do pre-Thanksgiving with my cousin's family this afternoon.

I didn't take many photos this week due to (*waves hand in circle*) life, but here are some from the last two weeks!

The day before we left for Charleston, my husband and I played hooky and went into the city for the day. We went to MOMA in the morning for their Members Only Mondays and saw everything without ridiculous crowds. Then we went to lunch together and had delicious food, drinks, and wine. It was a fun day!

We went beachcombing and dolphin watching one day. It was so fun and we found several sand dollars and conch shells.

We went on a tour of the College of Charleston so my oldest daughter could see what it looks like to go to school there. She's a sophomore in high school right now, so we have time to visit plenty of schools. But this was a chance to do this on a nice weather day.

We went out to Drayton Hall, an old plantation, and walked around the grounds there on a warm but windy and overcast day.

We had two fantastic dinners out! One was at Hank's in Charleston for my father's 80th birthday. And then we went to Taco Boy in Folly Beach for dinner. They have this cool octopus sculpture hanging from the ceiling there.

The sunsetting from the car. Cookie watching us in the kitchen from the living room.

Lulu was happy to be home! And then we ran into deer on our walk.

I did my best with dinners this past week since I was dealing with headaches, sick kids, and my husband spent two days in the city for work. Pizza with wine and sumo wrestling on Wednesday. Yesterday, I made a Seafood Miso Chowder and that means I had to make dashi stock. I love making dashi as it's super easy and full of flavor. Mmmm.

And that's it! Don't forget that you can follow me on Facebook for more photos. Have a great week everyone! Stay safe and healthy.