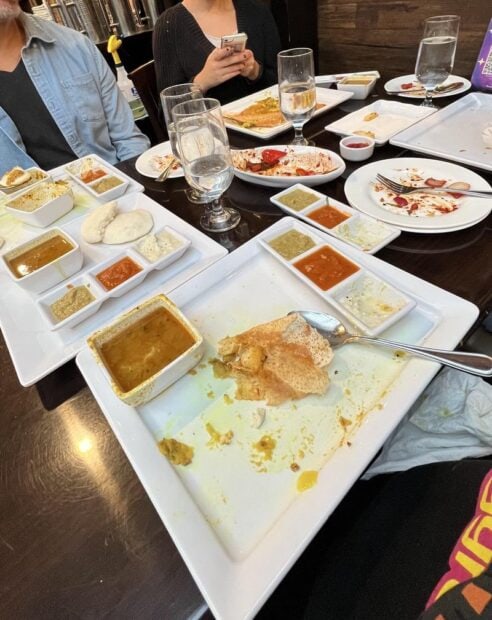 This was an entirely exhausting week, and I'm glad it's over. I barely took any photos this week because I was just shifting from one task to another, getting stuff done, driving kids around, walking dogs, making food, attending doctors' appointments, running errands… and on and on. I waged war with some tiny ant-like pantry bugs for FOUR DAYS. That was FOUR DAYS of cleaning out the pantry, killing bugs, vacuuming, throwing away food, etc. Add to that new a sleep medication, my husband doing jury duty, and new perimenopause signs showing up (hello 3-hour long hot flashes!) and I'm tapped. I barely wrote this week, maybe 2000 words? I don't know. But I want to cry from lack of progress.

You would think that by the time we made it to the weekend I would be happy to put my feet up and relax, but no. Marching Band practice even happens on Saturdays, and then the kids want to go other places too. Last night I just plain ol' refused to take my oldest to a play she wanted to see (it was a last minute thing). She was upset and so was I. I think we need to set some kind of rule about not going anywhere on Saturday and Sunday, or we're all going to burn out really quickly.

I wish I had good news about my writing and books for you. I'm excited to write and to move forward, I am. The fire is burning, but my life is making it hard to harness the energy and get it done. I think that even though The Fate of Shin-Osaka has been a struggle to write, it'll be great once I'm done with it… if I can ever get the time to write on it. And I'm excited to write Ean's story too from the Kimura Sisters. When that will happen? I have no idea. Maybe once fall sports are over? In the winter? Ugh. That feels so far away. Let's hope it's sooner.

Lulu being cute as always.

Cookie's last day here was Friday. She was a good dog and we enjoyed having her in the house. But this time with two dogs taught us that we are not a two-dog household. It's WAY too much dog. Lol. It was exhausting having to do all the walks twice because the two of them could not walk at the same pace. And Lulu is very aloof when it comes to other dogs. I think she sniffed Cookie two or three times total the whole two weeks Cookie was here. Otherwise, their time together was like it's pictured here in this photo. They spent time apart and didn't interact at all. Anyway, my parents returned from Italy late Friday night (their flight was delayed due to an airport strike in France), took Cookie, and left. I spent most of yesterday vacuuming the house and getting rid of all the Cookie hair. Lol.

I can't believe how much food and flours I had to throw away because of these pantry ants! It was awful. They just kept coming and coming, and I kept finding them in the most random stuff. But I have ordered giant mason jars from Amazon that are coming today and a lot of our open flours are going into them. From now on, anytime we open a package of flour, it goes into a mason jar. That's it.

We went out for Indian food last Sunday and stuffed ourselves silly with curries and dosas. It was so good. We're going out for crab tonight because tomorrow is our wedding anniversary. My husband will unfortunately be in D. C. for our anniversary tomorrow, so we'll celebrate tonight.