Suri’s Sure Thing Is Now Available! 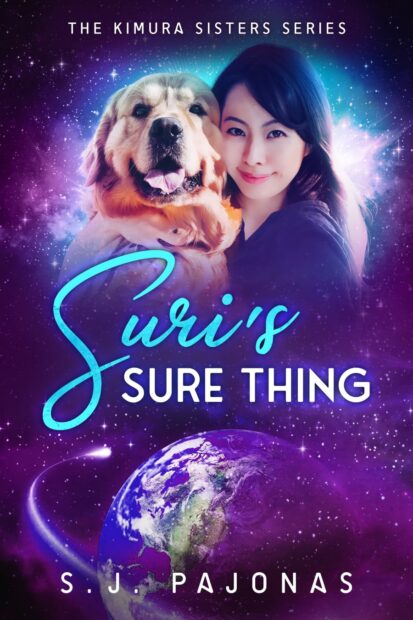 I have good news today! Suri's Sure Thing is now available on its own for sale. Many of you probably already read this story when it was a part of Pets in Space 6, so I don't expect it will be a title that gets a lot of sales. But it's on sale now if you haven't read it and/or you are new to my work. I was waiting and waiting for this to be available on Scribd, but they seem to be slow to add it to their system. Oh well! Maybe it'll be up on there soon.

All work and no play…

Suri Kimura has decided not to go to the Hikoboshi Farewell Ball. She’d rather work in orbit and earn more cash, even though her overbearing father insists she should attend. When she meets up with her dog, Finn, and her best friend, Erik, for a short planet-side rest, they’re met with a surprise. Her ex-boyfriend is back and he insists on taking her to the ball.

Suri doesn’t know what to do. Finn’s doggy instincts don’t trust the ex, and neither does Erik. Something strange is amiss, but Suri has to give it a fair shot. After a disastrous attempt to rekindle the romance, Suri realizes Erik means a whole lot more to her than just a friend — but, does he feel the same?

Quiet and reliable project manager Erik has always taken care of Suri, but it's never felt romantic before. When he rushes to her side to help her handle her ex and her work troubles, Suri suspects that the dynamic between them has changed… or has it?

Will Suri and Erik breach the boundaries between them? Or will Suri just return to space and leave her feelings for Erik far behind?

Suri's Sure Thing is the first novella in The Kimura Sisters science fiction romance series. If you like juicy family sagas, handsome men with a heart of gold, and lovable dogs, then you’ll adore S. J. Pajonas’s thrilling best-friends-to-lovers romance.

Yay! I'm so excited that this is finally available on its own for you. It was a pleasure having it in Pets in Space 6, and I hope you'll pick it up if you missed it in that anthology.

You'll find all the links to purchase this one right here!