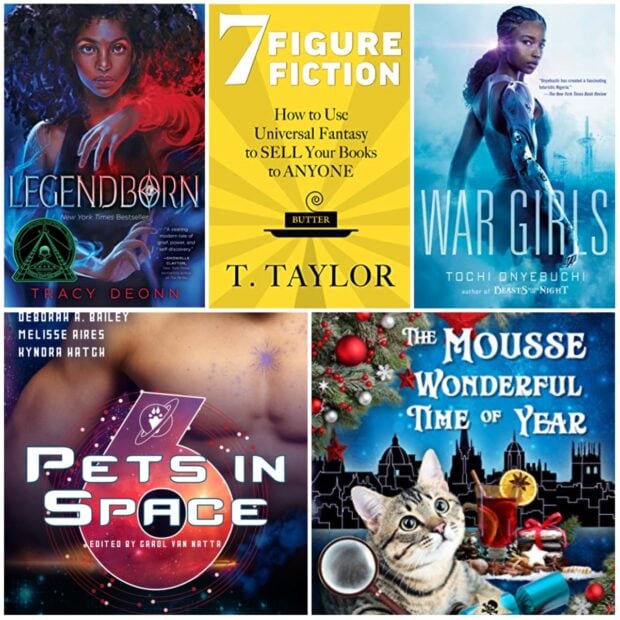 I haven't had a book chat since August! There has been reading, but there's been so much other stuff going on that compiling my thoughts and putting them on the blog is the hard part.

Just a word of warning from here on out: if I read a book the whole way through and I don't enjoy it, I'm gonna say so. I promise to keep it professional. I still will not be reviewing books that I DNF. 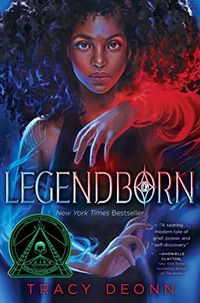 This was a knitting book club pick. We all love Arthurian legend books, and so we went hunting for something that would fit the bill. This one had tons of hype, lots of reviews, AND a POC author and main character. We bought it up immediately. Unfortunately, none of us enjoyed this book. It was definitely well written but way too long. Kobo clocks this book in at around 160,000 words which is about 80,000 words too long in my opinion. The plot and characters meandered all over the place, and many details and critical points are never explained. Bree's best friend appears and disappears, fights with her, and then magically accepts everything at the end. WHY? Not sure. The love interest also appears and disappears, and the two had no chemistry. The main character, Bree, decided to act like she knew what she was doing all the time, so we, the readers, were continually left in the dark about what was going on. Then an info-dump would happen to get us back up to speed. Sigh. It's too bad this one did not work out for us. It had a lot going for it, but ultimately, it did not deliver. 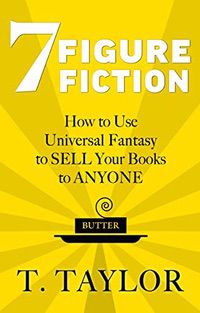 This book was so good, y'all! I learned so much about universal fantasies, and it helped me better understand why books get so popular and what makes them tick. It also helped me narrow down the universal fantasies that I put in my own books, and what I would be interested in using in the future. This really unlocked a few key craft elements for me and I recommend it to anyone who's writing fiction. 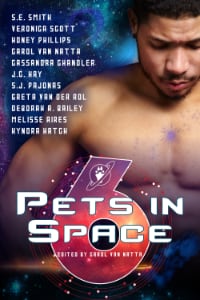 I have read two stories from this so far. If I read any more, I will put them in another Book Chat.

I really enjoyed STAR CRUISE: TIME LOOP by Veronica Scott. There's this Star Trek: The Next Generation episode where the crew gets stuck in a time loop and they need to get out, and this STAR CRUISE: TIME LOOP reminded me of that. But Veronica put her own twist on the concept and kept me guessing the whole time. I really loved that there was a repeated sentence at the beginning of every loop so I always knew what was going on. The romance was fantastic too, and I was really rooting for the couple by the end. Once I got about two time loops into the story, I was hooked and I couldn't put it down.

I also really loved ESCAPE FROM NOVA NINE by Carol Van Natta. I love Carol's books so I had a feeling I would love this one too. The prison they were in was very dark and dangerous. I definitely felt the tension from the beginning. And I loved the two main characters and their different backgrounds. Their connection was strong and believable, built on trust and truth. And the griffins! So many griffins!! The pace of the story kept moving at all times, and I was never bored. This was another story that I couldn't put down!

This was a book that I picked up in a Bookbub deal and then added on the audiobook. The audiobook was so great. The narrator's voice was just perfect for this story. Her accent and delivery were so wonderful to listen to. When I saw this book for the first time, I was all OOOOOH! Future Nigeria? Girls at war? Sisters? Yes! But unfortunately, this book also did not deliver on its promise to me. The first half of the book was engaging, fast-paced, and action-packed. There was so much going on, and it was all interesting and cool. Cool tech, a blood feud, a rich culture, a bit of a mystery — all good. And then, the mid-point came and the plot just fell apart. The story kept jumping from one scene to another without really moving the characters in a believable direction. Then something would blow up, and the action would shift. Plot points were set aside, and the subject matter plummeted into dark territory. I get that it's WAR, but I wasn't expecting it to not resolve anything by the end. Here's something that all authors should consider: RESOLVE SOMETHING BEFORE THE END. I get that you want to leave the door open for the next book, but please don't leave the reader with nothing. In the first act, set an intention and a major arc that will finish IN THIS BOOK. Tell the story, finish the arc, and then open the door for the next book in the denouement. Really. Do this and you'll have your readers eating out of the palm of your hand. (If you don't know what I'm talking about, please read some book on plot structure. Anything by James Scott Bell is good.) I should have also realized before I purchased it that there was no romantic subplot which would have lightened the load and maybe provided a happily ever after. Live and learn. I will read blurbs more carefully before buying the future. I listened to the last third of this book on 2.5x speed just to find out what happened. 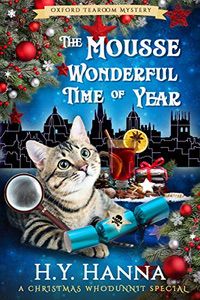 THE MOUSSE WONDERFUL TIME OF THE YEAR by H. Y. Hanna (audiobook)

It'll come as no surprise that I enjoyed this little tale! I've enjoyed all of H. Y.'s Oxford Tearoom Mysteries, and now I should probably move on to one of her other series too. This one was a little shorter than all her other books in the series, but it still had a good mystery that kept me guessing until the end. What I really want is for Gemma and Devlin to get married and have lots of happy babies together. And maybe give Gemma a break from murders. Poor girl seems to get messed up in them often enough.