Positives and Negatives (and Monocles, too!) – A Pets in Space 6 Guest Post From J. C. Hay 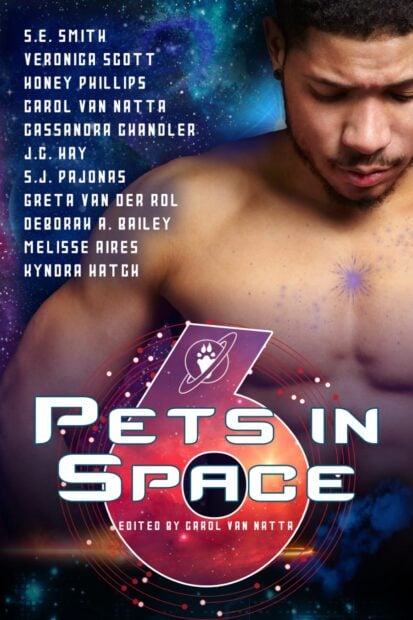 Today I'm hosting J. C. Hay here to tell us more about his novella in Pets in Space 6, SEE HOW THEY RUN. PS, I love mice. Though I'm not keen on them in my house, they are super cute.

“Why Mice?” is a question I’ve heard a lot in the last few months as regards my story for this year’s Pets In Space anthology. I never had mice as a pet personally (though I did have gerbils and hamsters, and had multiple friends with rats), and in general, they’re so much smaller than cats, or my Umbra Wolves and their associated rangers.

Their size, ultimately, is what made them perfect for this story. I envision the independent ships of the TriSystems, like the Sentinel of Gems, to be crowded and have space at a premium. That’s doubly true for the anchoring core around which the rest of the ship rotates. The engineering core of a ship has to house the massive power units that drive the ships, and mice—with their small footprint—feel like a perfect addition to April’s and Baker’s cramped, floating world. 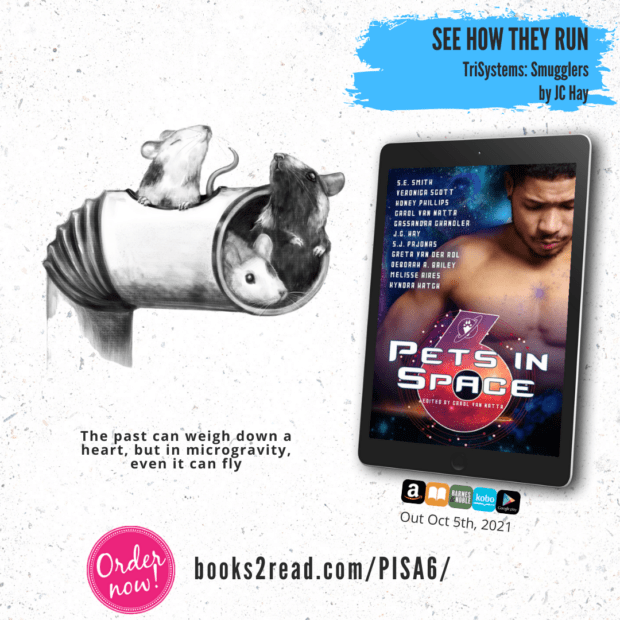 This was reinforced when I found a fascinating article on how mice adapt to microgravity aboard the International Space Station; this included a revised form of mouse tag where they use all the surfaces of their cages to run instead of just the floor. When I read that, I knew I had to include a similar scene in my story. I had three mice this time for several reasons: most obviously, it matches with the nursery rhyme about blind mice (from where the title is also drawn). I’d also found several anecdotes about how mice in lab environments tend to form triads, rather than pairs. It felt like, given their origins as medical test subjects, my little mice would be in much the same boat.

In this excerpt, April—the Sentinel’s non-binary engineer and one of the main characters—gets up early to check on the trio of mice, and how they’re coping in microgravity.

Fluorescent light bars flicked to life as the Sentinel’s systems detected someone in the compartment, the harsh white light casting sharp shadows over everything. April drifted to the conduit maze Baker had created and studied it with a warmth in their chest that felt like pride, mixed with some other softness that April couldn’t put an easy name to. They ran a hand through their short hair and checked to see which of the mice had completed the course and found their food.

In the tank-turned-cage, Negative was doing zero-g laps—racing across the floor, up one wall, over the ceiling and back down the opposite wall. At first April worried it was some kind of panic response, but as they watched Negative stopped and Monocle took off in the other direction. After another few minutes the two mice took turns chasing one another, while Positive watched from the corner. It looked for all the world like play, and neither mouse seemed distressed afterward. April chalked it up to having high energy.

They opened the lid of the tank and reached in to collect up Positive. The mouse hadn’t coughed during the night, at least as far as April knew, but then again it had been on the far side of a thick bulkhead. The mouse could have fired a plasmacaster in the compartment and April wasn’t likely to have noticed. That said, the mouse didn’t look to be suffering any ill effects of its potentially terminal lung infection. April hooked a mask over their mouth and lifted the mouse closer to examine it. 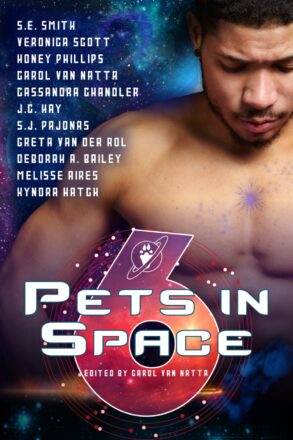 Be sure to pick up PETS IN SPACE 6 so you can read both J. C.'s story, and mine, and plenty more awesome books in this amazing anthology!