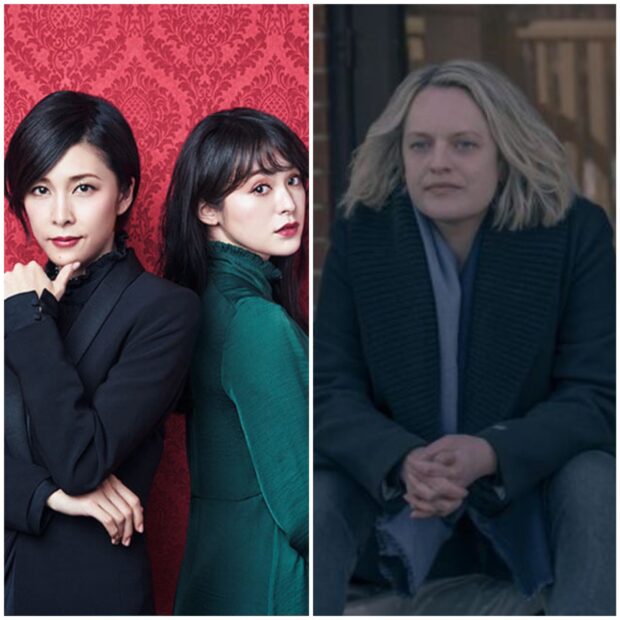 I've finally been watching some TV again! I had stopped for a bit to concentrate on work and reading, but then my husband and I picked up a show in the evening, and I started watching TV during my lunch breaks.

Miss Sherlock was a super enjoyable Japanese take on the Sherlock Holmes franchise. I liked the Japanese spin to this one (even the fake CGI samurai splurting blood which made me laugh) including naming the inevitable sidekick Wato and then calling her Wato-san. Get it? Wato-san, Watson. ANYWAY… The mystery was really great and I figured it out right before Sherlock did, which is always fun. I was looking forward to a new season and hoping it might come out soon. But then I ran across an article about how the actress who played Sherlock, Yuko Takeuchi, died in September 2020. What a loss. She was so great. So, I still recommend this because they solved the major mystery in the first season. Though they left a small cliffhanger, you can still watch the season and be satisfied. If you enjoyed my Miso Cozy Mysteries, you may enjoy this, too, though it's a little more gory.

Summary: A religion-based autocracy has taken over most of the United States, renaming the country Gilead. In this country women are second-class citizens. Anyone trying to escape is punished. One such person is June, who is captured while trying to escape with her husband and child and is sentenced to be a handmaid, bearing children for childless government officials. As a handmaid, June is renamed Offred. This is her story. Written by grantss

I finished watching season 4 of The Handmaid's Tale just the other day, and WOW. This show pulls no punches. It made me cry several times but kept me engaged and pulling for everyone. I think it possibly has one more season left in it before it just becomes too grim to take. This season ended in the most satisfying and heartbreaking way. June is angry, and rightfully so. But she is going to need a lot of therapy to become a whole person again. Damn Gilead. I hope it burns to the ground. This is some of the best TV out there. It's worth the discomfort. I promise.