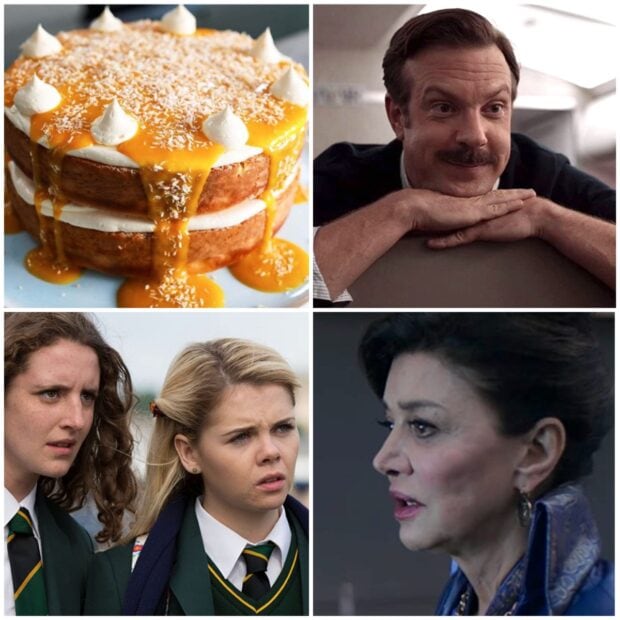 There's been a lot of TV around here, and this doesn't include our evenings watching This Old House while we eat dinner (yes, we're old).

Writer: Daniel Abraham, Mark Fergus, Ty FranckStars: Steven Strait, Dominique Tipper, Wes ChathamSummary: Two hundred years in the future, in a fully colonized solar system, police detective Josephus Miller (Thomas Jane), who was born in the asteroid belt, is given the assignment to find a missing young woman; Julie Mao (Florence Faivre). Meanwhile, James Holden (Steven Strait), the first officer of an ice freighter, is witness to an unprovoked attack upon the ship, by craft believed to be from Mars (MCRN Federation). As news of the attack spreads throughout the system, the incident's flow-on threatens to destabilize already tenuous relations between Earth, Mars and The Belt. Far away from the struggles in deep space, on Earth, Chrisjen Avasarala (Shohreh Aghdashloo), a powerful United Nations executive and diplomat, works to prevent war between Earth and Mars by any means. Soon, the 3 find out the missing woman and the ice freighter's fate are part of a vast covert conspiracy which threatens all humanity. Written by nano_tech

We finished watching the fifth season of the Expanse (Amazon Video) and really enjoyed it. This season was based on my favorite book of the series, NEMESIS GAMES, so I had high hopes going in, and I feel like they did a great job with the book's material. The death of one of the main characters near the end was a little unexpected, but I know the show runners needed to do something about that character because of the actor's alleged activity off the set. They were stuck between a rock and hard place and did their best to deal with it. Naomi's experience in this season is just heartbreaking and watching Dominique Tipper work through everything was a stab to the chest. She was amazing. This show continues to be one of my favorites. I'm so glad it will get another season!

Writer: Lisa McGeeStars: Saoirse-Monica Jackson, Louisa Harland, Nicola CoughlanSummary: The personal exploits of a 16-year-old girl and her family and friends during the Troubles in the early 1990s.

Derry Girls (Netflix) was one of the funniest shows we've watched in a long time. There was so much to love about this show! Everything… just every little bit made it come together into something fabulous. The accents. The 90s timeframe. The hating on the English. The father-in-law constantly harassing the father. The fashion. The attitude. And especially the nun who leads the school! I'm sitting here chuckling just thinking about it all. This comes as a highly recommend, especially if you need a pick-me-up.

Speaking of pick-me-ups, we also really loved Ted Lasso (Apple TV+), the story of an American football coach who goes to England to coach a failing football/soccer team in the English Premier League. This had charm, humor, sweet and funny, sassy and sexy moments. This show is a great example of perfect sidekicks and secondary characters that really liven up a story but don't detract from the main character. They made the whole show rounded and easy to watch. I really want to go back and watch it all again! Don't think you can't watch it because you know nothing about this sport, either. It's totally secondary to the story. The story is the characters and the world they inhabit here. Love, love, loved it.

I really loved Nadiya Hussain on The Great British Baking show, and then her subsequent show on Netflix, Nadiya's Time to Eat. This new show Nadiya Bakes (Also, Netflix) is just her showing off some baking. What I love about her is her no-fuss, total deep love for everything she does. She's such a great presenter with a fun and exciting personality. Watching her bake, even though I hardly eat sweets anymore, is a treat in and of itself. I did see a few things on this show I'd love to try myself. Hopefully, I can make something soon. These shows are good for late night, lying around, don't need much brain power time. Totally what we need an ENTIRE YEAR into a global pandemic.