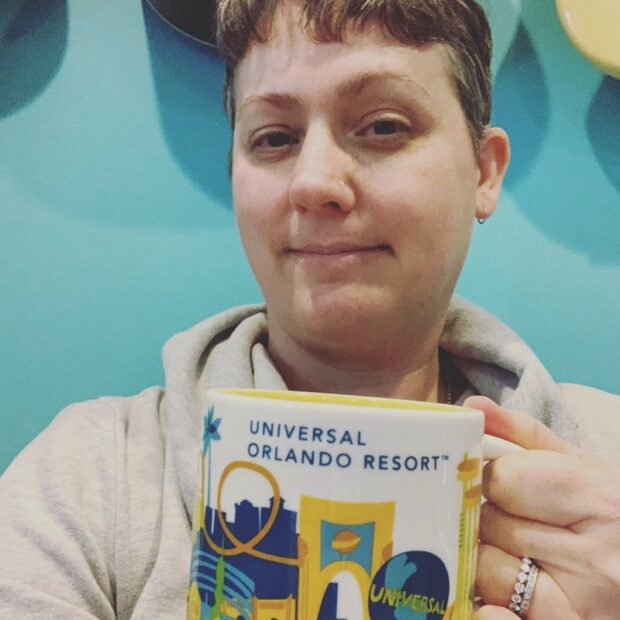 
This week I concentrated on reducing afternoon caffeine in an effort to get back to sleeping again. I had been sleepless for about six weeks so it was time to sit down and figure out what had changed to lead to the continued poor sleep.

What had changed, what had changed? I thought and thought about it and realized that six week ago was right around my 45th birthday. And it was around my birthday that I had a cup of full caffeine coffee and it didn’t agree with me. Like, I drank that cup and I was jittery and wired for hours! I felt sick from it. It was so strange because the day before, that same cup of coffee was fine. No issues.

So the detective in me made the connection. I had heard from other people (anecdotally) that sometimes your body can refuse to handle caffeine anymore. I've seen it in friends and on reddit, so I know I'm not alone here. Back in January, I decided to switch to half-caf to solve the problem, but it was possible that even this amount of caffeine was too much and then affecting my sleep.

I'm already seeing a major difference. I'm going to sleep and staying asleep without Benadryl for 5 hours straight. I'm hoping for 6-7 hours going forward, but I'll be happy with just six. I'm still taking melatonin (5mg extended release) but nothing else. Keep your fingers crossed for me!

And yes, I'm still drinking a cup of black tea every morning. Later this year, I would like to switch that to green tea or green tea with yerba mate (I have a blend from Whole Foods I like) but I'm going to exhaust my current stash of black tea first before I make the switch.

Nothing much else happened this week except working on freelance, which is almost complete and starting my anthology novella, which is slowly coming along. 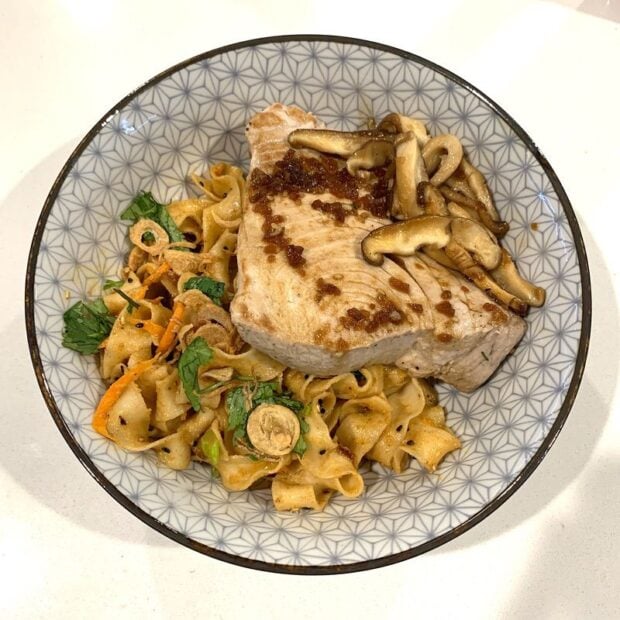 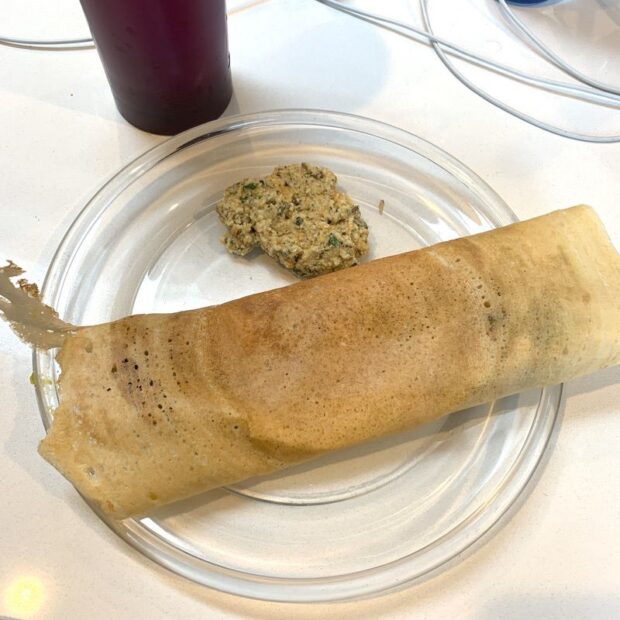 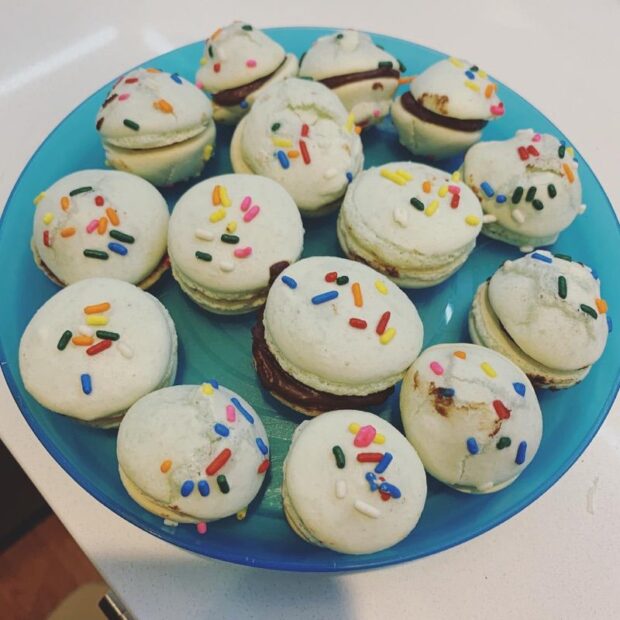 We've had some good food around here. Tuna steak with peanut noodles, masala dosas with coconut chutney, and my oldest daughter made macarons! 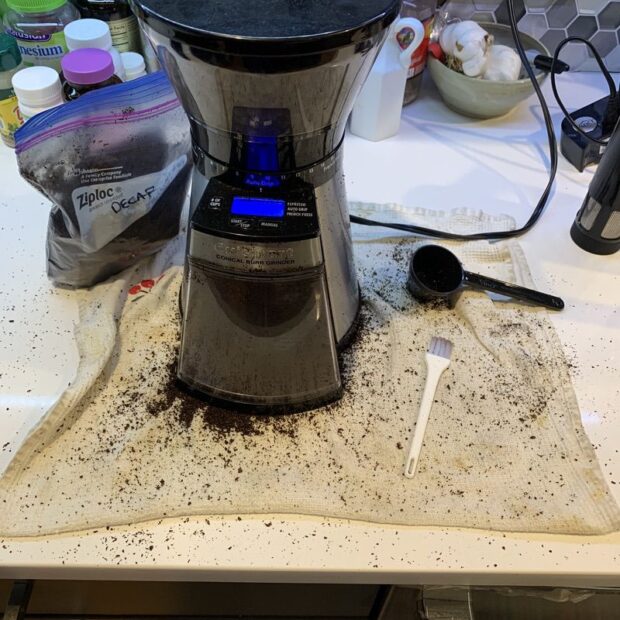 I love coffee but I hate the mess! 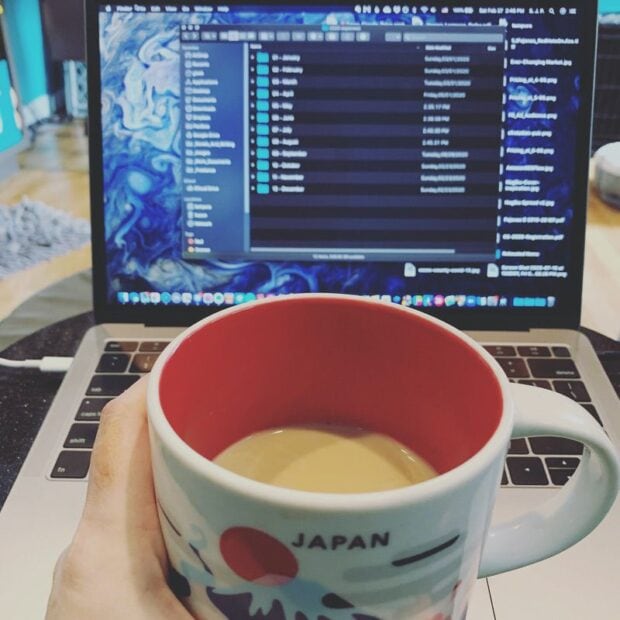 Yikes. Look how tired I am in that photo! But these were some of my last cups of afternoon caffeine… 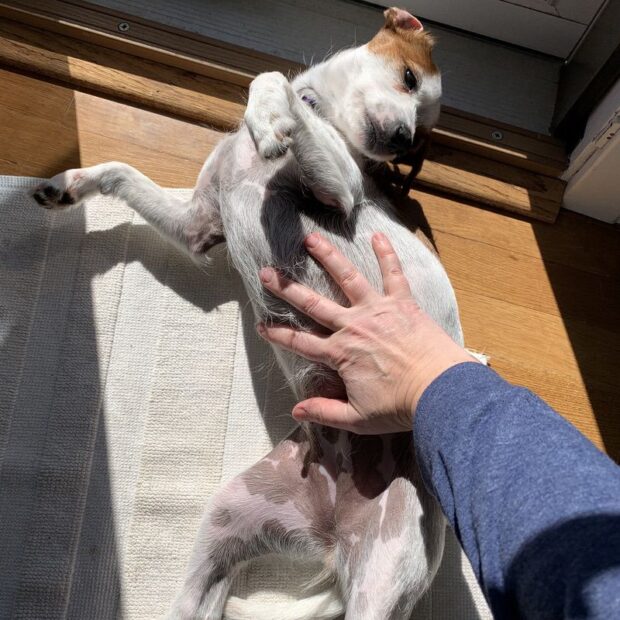 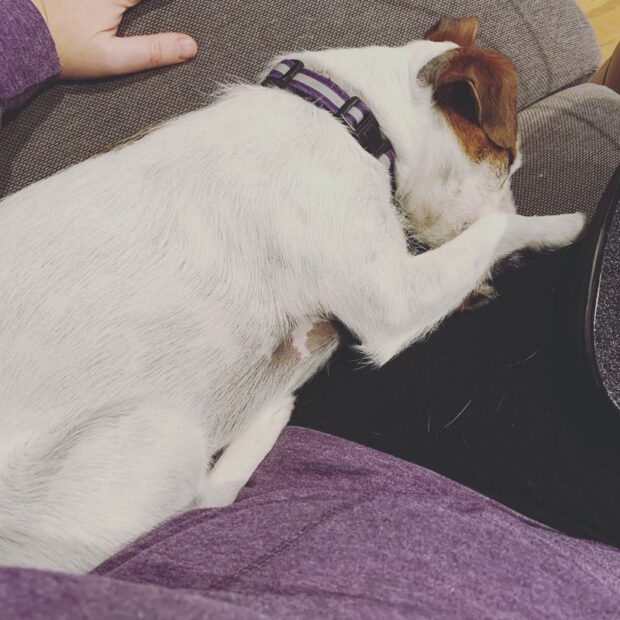 Lulu is still a doll. She loves her belly rubs in the sun and bunking down next to me while I work (she's there right now as I type this). 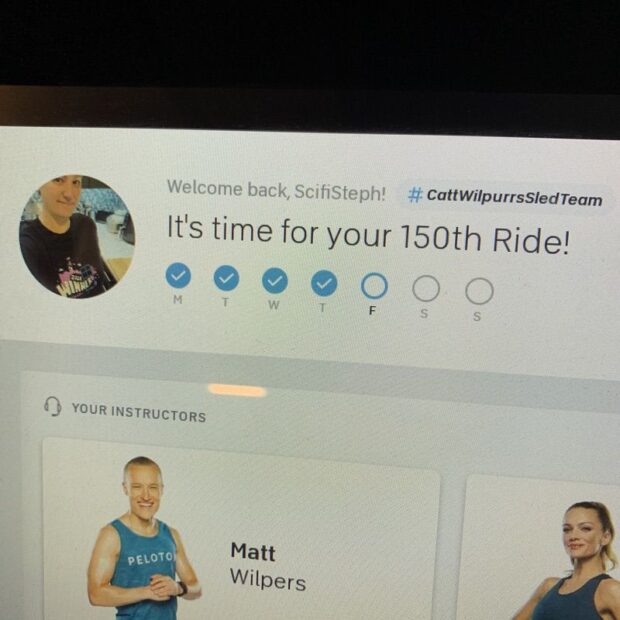 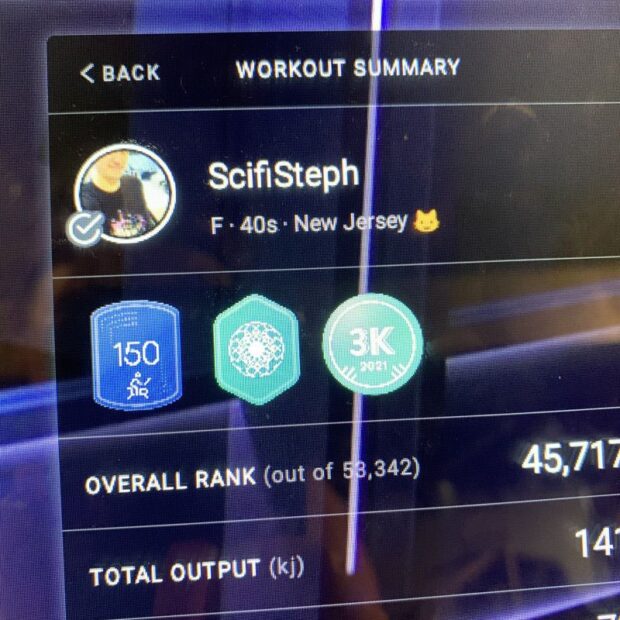 And I had a great Peloton week! 150 rides done. Hit new Personal Records in a few classes, and 3000 minutes of working out in 2021. And just this morning, I hit 150 Strength classes too! Yay!

Have a great week everyone! Stay safe and healthy!