The Inclusion of Sign Language in the Flyght Series 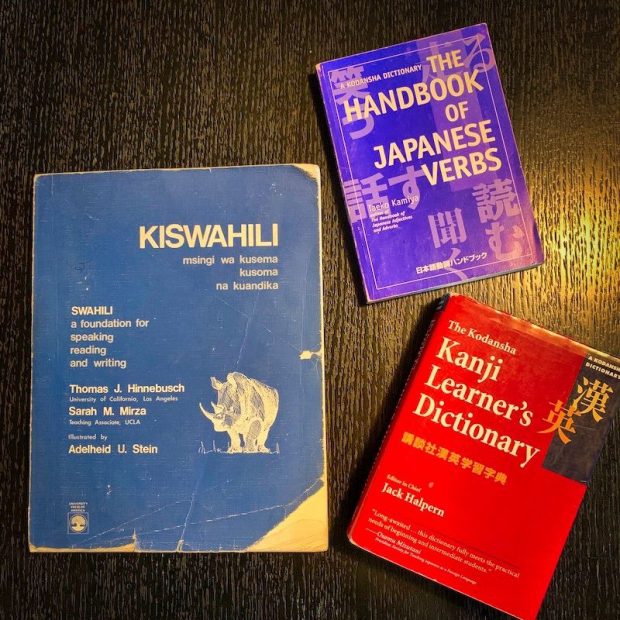 I’ve always had a passion for language, but my passion for foreign languages didn’t come around until I was in college. I loved writing at a young age, which is something I’m sure tons of authors say in interviews (I’ve heard this said often enough in podcasts to know it’s true)! And I always did well in English classes despite not being a big fan of Twain and Faulkner (sorry, not sorry). Writing and language was my first love, and it showed. When other teens were off partying, I was co-writing my first screenplay at the age of 15. But I didn’t really fall in love with language until I learned a foreign language that was so different from the mainstream normal romance languages forced on us in middle and high school. You see, growing up in a small middle America town meant that I only had two choices for foreign language: French or Spanish. But then came college!

But then I arrived at this big, BIG campus — Michigan State University. And at the time, the course catalog was in paper and you could flip through it to see what was on offer for those extra credits you had to take each semester. I distinctly remember flipping through the catalog and landing on Swahili. Oh my god, you could take Swahili as a language! I really loved Africa and African culture at the time (still do) and so I thought, YEAH, I’ll take Swahili.

Lots of people talk about turning points in their lives, and looking back, this was it for me. This was when I knew I really loved language. Because Swahili is so different than romance languages. The sentence structures and the way verbs are conjugated really made me think about English in a different way. And I loved my professor. He was so patient with us as we worked our way through the language. It was a lot of fun! I took two years of Swahili, and I would have gone on to take more, except I was on a budget and I had to pay for credits my junior and senior year of college that would go toward my major. It was a total bummer not to have a foreign language in my life for two years.

I graduated college in 1998 and immediately got a job as a web developer in Detroit where I met people who really loved Japan like I did. A friend of mine had actually lived in Japan and could speak fluent Japanese. Oh man, I wanted to learn Japanese too! So when I moved to New York City not long after, I found the Japan Society on 49th Street between 1st and 2nd Avenues, and I took seven years of Japanese language there. It was fantastic to be learning another language again! And although I wasn’t writing at this time, it gave me an appreciation for all language. 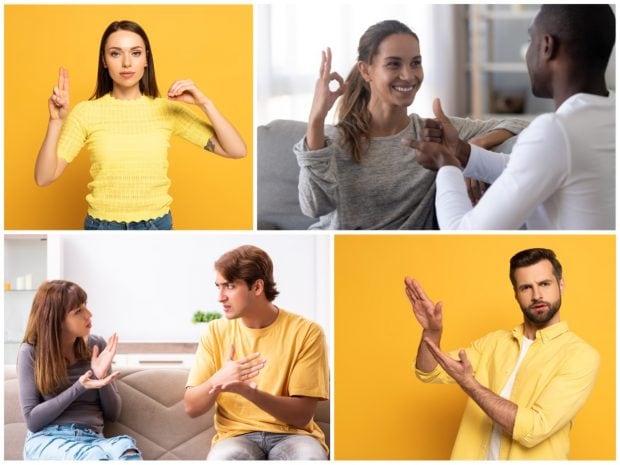 This was when I found out that Japan also has its own sign language. Like America has ASL, there exists JSL as well. This fascinated me too, and I have spent many hours watching videos of the differences between ASL and JSL. If you’re interested in Japanese Sign Language, you definitely have to check out DeafJapanTV on YouTube! His videos are super informative and fun.

Learning about JSL led me down the rabbit hole to many other sign languages too. Did you know, there exists anywhere from 60 to 300 different sign languages in the world today? And there are differences between British Sign Language and Brazilian Sign Language and American and Japanese and on and on… There is an International Sign Language too, a sort of simpler form that’s used in international meetings and when traveling. This page from the United Nations has some good information on sign languages: https://www.un.org/en/observances/sign-languages-day

And I love this video with examples of different sign languages from around the world.

So when I was developing the Flyght Series, I was thinking about the consequences of a genetic disease that had run rampant in the Duo Systems that my characters inhabit and what it could do to people. I thought it would be interesting to have it attack soft tissue, like vocal cords, and render some people mute. Not deaf, but mute. (It’s science fiction, so let’s suspend our disbelief for a moment here.) People in the Duo Systems speak a mishmash of English, Spanish, Brazilian Portuguese, and some Japanese too. But I gave them all a Universal Sign Language (USL) that the mute citizens could use to communicate. In my mind, this is a mash-up of American, Brazilian, and Japanese Sign Language. I describe a few sign language gestures in the books, based on books I’ve read and videos I’ve watched, but otherwise I leave it up to the imagination of the reader.

But with this USL, I was able to give people a way to communicate and MIScommunicate as well. It was another layer of language to add to the mix, another point of reference to build the fictional world these people live in. The drama of it was a lot of fun! It was an interesting inclusion in the series, and one that I will continue on in this universe for more series to come.