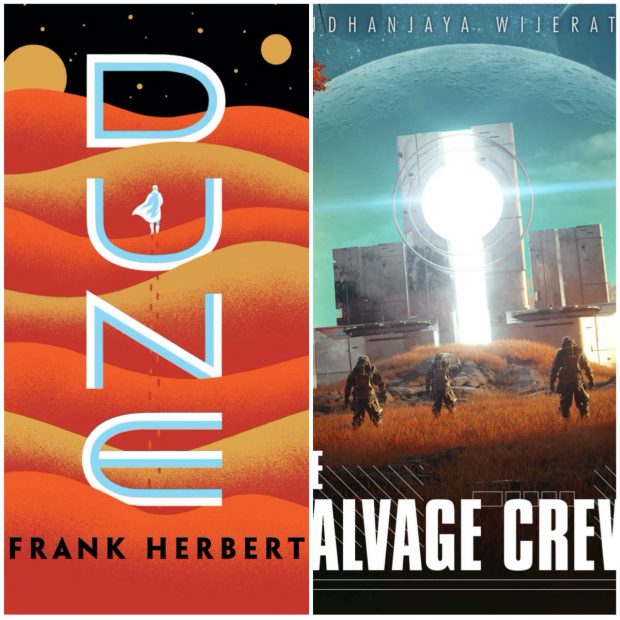 It's not often that I re-read books. I only re-read a book every 4-5 years, maybe less. So, today is a special treat! 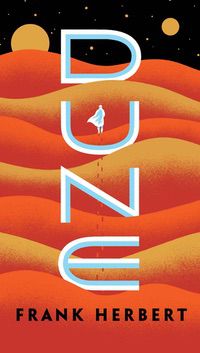 I often tell people that DUNE is one of my favorite books of all time. Certainly it's in my top 5, and it will remain there after this reading. In fact, I have a reader that's related to Herbert! (Hello, friend, if you're still out there!) Anyway, with the DUNE movie set to hit theaters and HBO MAX soon (just announced yesterday), I figured it was worth it to re-read this sci-fi classic. This is the first time I have re-read this book since I became an author myself, so I definitely put a more critical eye to it than I have in the past.

Overall, the story is still very strong and resonated deep in my heart. Arrakis still holds all the mystery and wonder that it did upon first reading, and the world Herbert built is equally fascinating, loving, and cruel, all at the same time. The flip-flopping omniscient narrator was a little tough to get used to this time around. I don't think it's a writing style used very often anymore. Late in the book, the viewpoints seem to stick harder per chapter, and that felt more natural to me. I didn't remember that there's a huge time jump of many years in the book, and I felt a little sad that I didn't see Paul and Chani's relationship bloom on the pages. I just had to trust that their feelings happened whether I saw them or not. Possibly the only thing I found annoying was the constant use of the word “presently.” I swear it was in there at least one billion times! This time around, I also paid more attention to the use of Arabic names and places and the borrowings from Middle Eastern culture. For the time this book was written, that was probably a very bold choice.

I always thought it was interesting that Herbert chose to end the book on a quote from Jessica about marriage and wives. It makes a strong statement for what the book is actually about — not Dune/Arrakis, not the Fremen, not the relationships between the houses, but instead, it's about family, chosen or blood, and the love that binds them together. 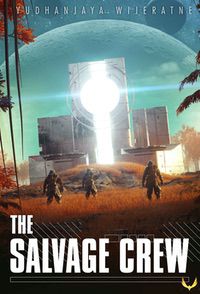 Yudhanjaya is a Facebook friend of mine, and when he announced this book was out, AND it was narrated by Nathan Fillion of Firefly fame, I knew I would have to spend a credit on it and listen right away.

This was such a creative and interesting science fiction story! From the premise to the Buddhist flavor, I loved how non-Western it was. Really, it was great not to be stuck in a world where everything was based on a Christian worldview. May you be born into the next life as…! The crew all had their own vaguely mysterious backgrounds, but it was the mystery of this planet that the salvage crew ends up on kept me guessing and guessing. And I guessed wrong, which is always nice. Lol.

But the AI all took the center stage of this book. The character of the Overseer, with his sometimes-interesting-sometimes-awful poetry and whacked sense of humor, made me chuckle on several occasions. It might have been Nathan's dry delivery of the sarcasm, but he really brought that Overseer to life. And Ship too! Well, Ship had its own personality too, that made me laugh.

I listened to this on a few walks, some meal cooking, and while knitting. It made a great companion during my down time. I have other Yudhanjaya Wijeratne books on my Kindle, and I hope to get to them in 2021.