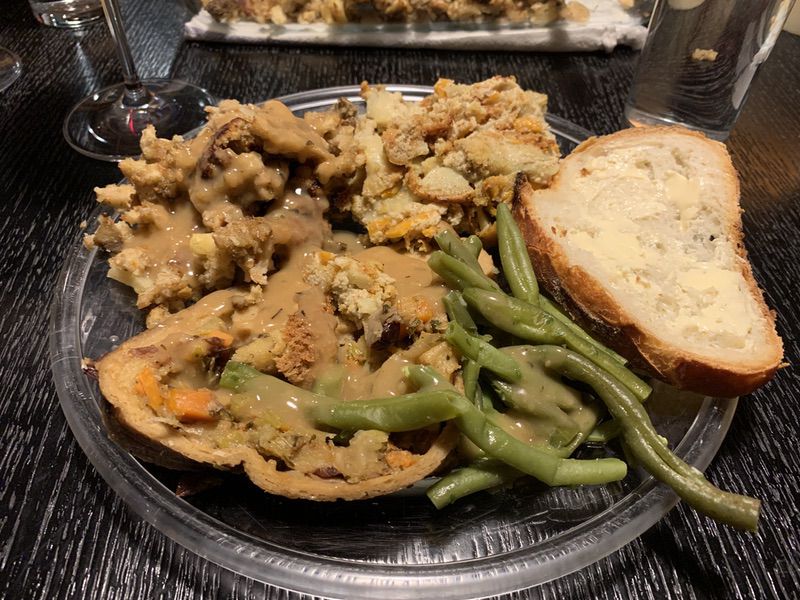 
First off, Happy Birthday to my awesome husband! We're celebrating today the easy way, with food and bumming around. He couldn't ask for anything better. :)

Unfortunately, I had a very frustrating week sleep-wise. I think what's going on here is that I really only need 5-7 hours of sleep per night, and I'm going to bed WAY TOO EARLY. So I sleep, wake up, and toss and turn all night, then I get another hour or two before dawn. In the end, the whole process just leaves me groggy and cranky.

So Friday night, I experimented by going to bed much later, closer to 1am, when I'm usually in bed by 10:30pm and asleep by 11pm. It worked out well for me. It wasn't that hard to stay up late, and I got a lot of work done during those quiet hours after everyone went to bed, including Lulu! It took a while to wind down so I read my kindle in bed until just after 1am and probably fell asleep around 1:30am. Then I slept until 4am and got up to use the bathroom. I went right back to sleep and slept until 7:30am. The real problem here is that I need to be up by 7am most days because of the kids school. But I think I'll work on that next. Maybe I can sleep until 7:15? I don't know. I'll have to figure it out.

The kids had school Monday, Tuesday, and Wednesday this past week, and everyone in their school was “remote” Tuesday and Wednesday due to a high number of COVID cases. I'm glad we have remained remote so far because this was exactly what I didn't want to have to deal with — the worry about cases, them being disappointed with NOT being in school, the constant fluctuations. Everyone in their school is remote until the second week of December and we'll see how it goes then.

Thanksgiving was Thursday, and we had a lovely day at home. I got up early and put the apple crisp in the oven right away, and then I baked bread right after. Then I did the Peloton Turkey Burn Ride with Robin at 11am. It was a 45 minute HARD ride. Woo! I was beat after… yet I still spent the rest of the afternoon in the kitchen cooking and dancing around to great music. We ate dinner early, around 4:30pm, and then the rest of the evening was just for sitting around. I was totally beat! It was fun, though, and a great day. We missed our family but we Zoomed with them and called them up on FaceTime. We did the best we could under the circumstances.

Good news on the writing front! I'll be winning NaNoWriMo today a day early! Yay! And I'm in the home stretch on Hikoboshi 4! I just have to write the final act now, so once I get in my NaNoWriMo words, I'll sit down and plot out the rest of the book. I hope to be done by December 15th. I also hope to be back to writing regular posts here on the blog through mid-December, when I'll take a break until the New Year. 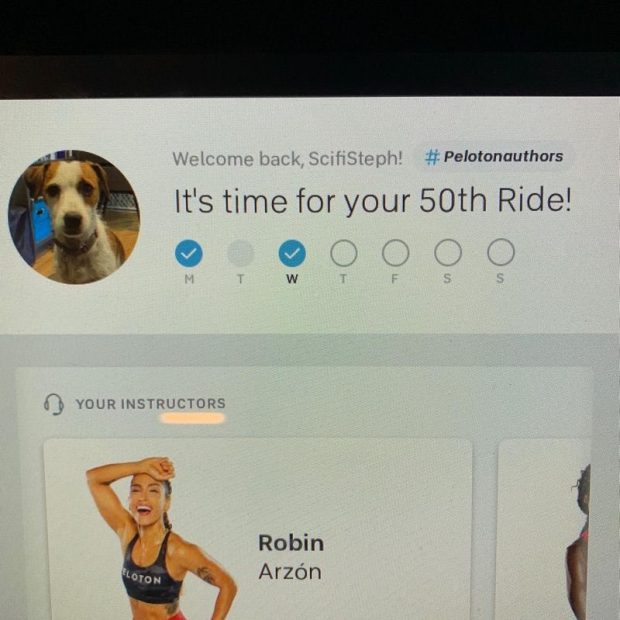 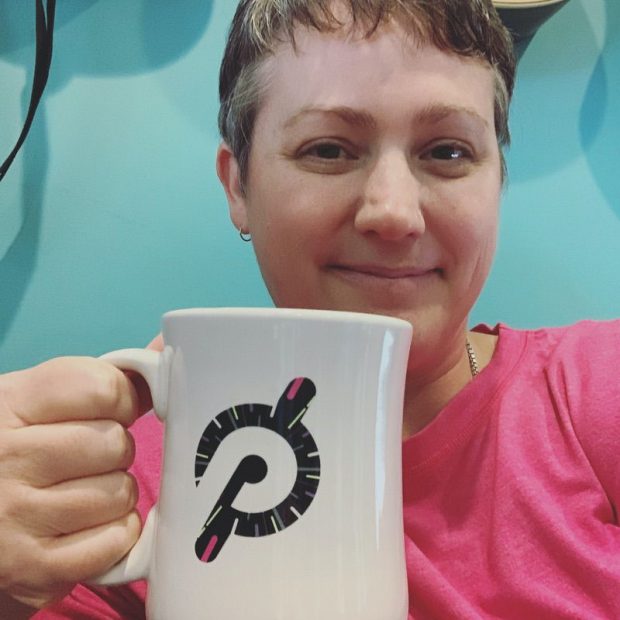 My Peloton obsession continues! I completed my 50th ride on Wednesday and my friend Kelly, who only lives a few blocks away, rode with me. Then she dropped off this Peloton mug on my doorstep as a little gift for making it 50 rides. Isn't that sweet? I was moved to tears, honestly. This bike has been really good for me. Not only is it making me healthier and stronger, but it's bringing me closer to other people too. 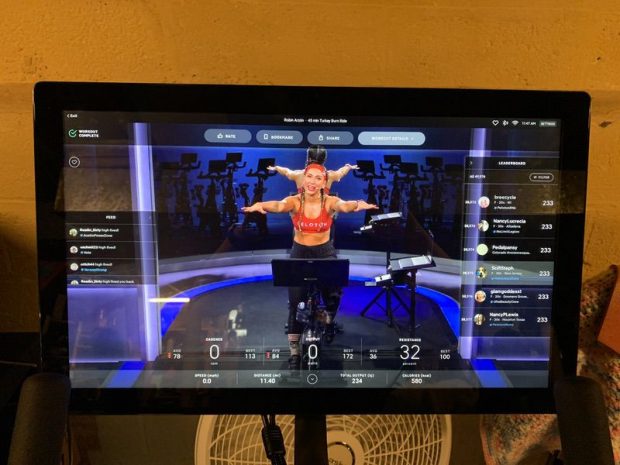 Speaking of my Peloton bike, I did the Turkey Burn 45-minute ride on Thanksgiving morning and was moved to tears (again) when one of my favorite instructors announced she's pregnant right in the middle of the ride. This was such a fun time! I rode with 5 other friends and we high-fived each other throughout the workout.

Per usual, Lulu is by my side as I've been writing. 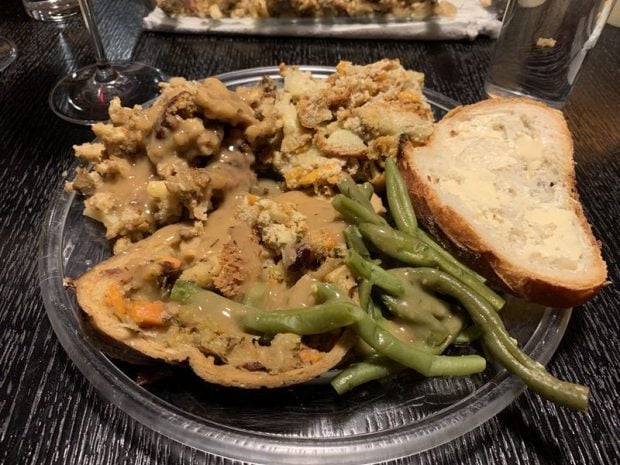 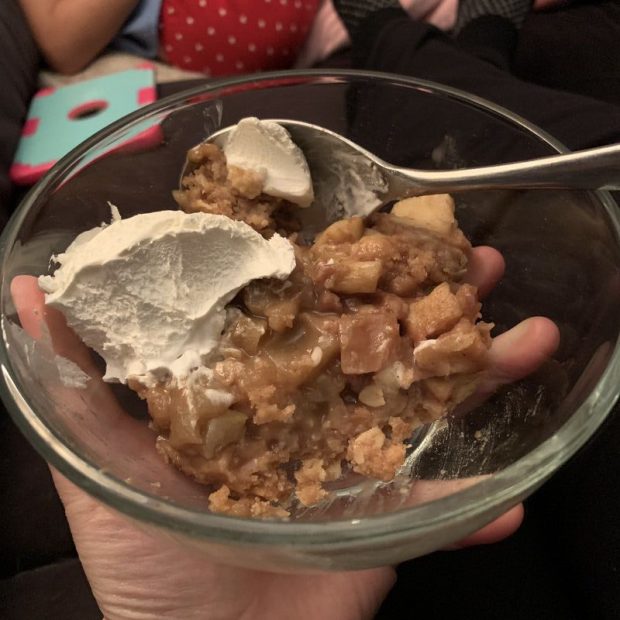 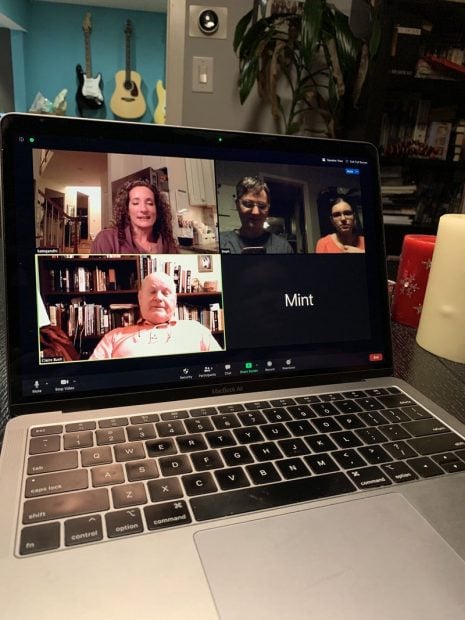 Thanksgiving was full of good food and family on Zoom. 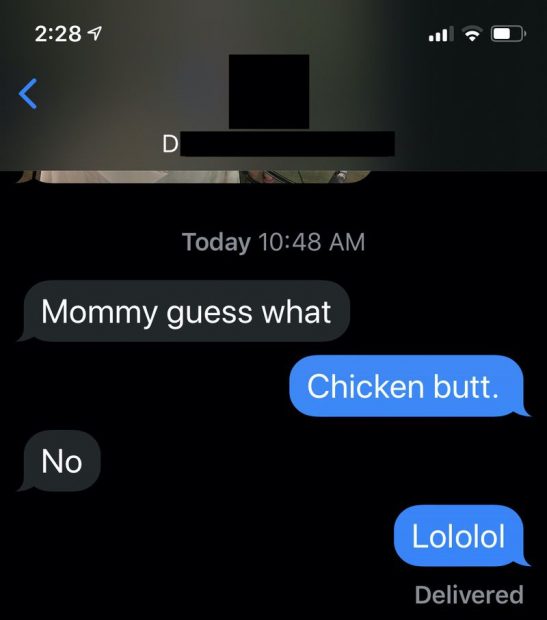 If you say “Guess what?” I'm always going to answer with “Chicken butt.” Lol. I love that my daughter's answer was just “No.” Lololololol. 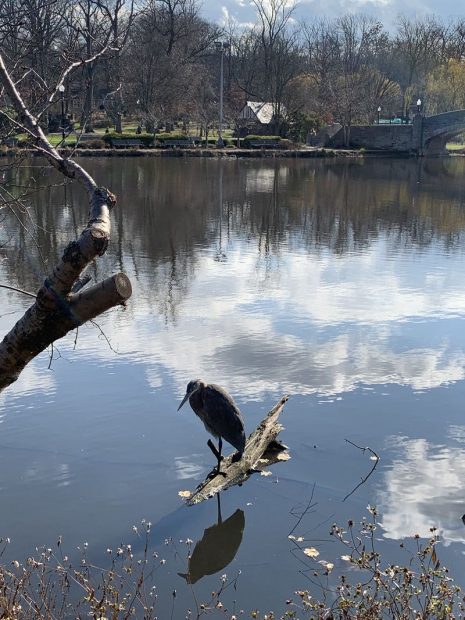 My big heron friend has returned to the lake in the park! It was great to see him again. It's been years since I last saw this bird. 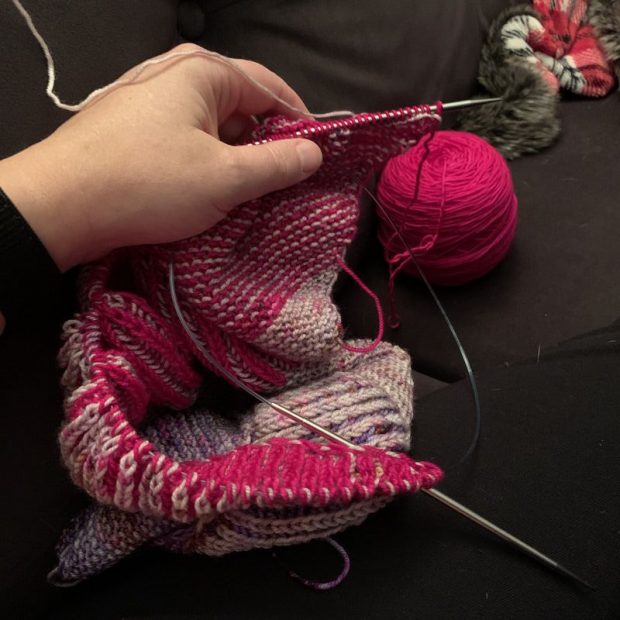 And finally, I am still knitting and making great progress! I try to work on this a little each day.

Have a great week everyone! Stay home, stay healthy, and stay safe.