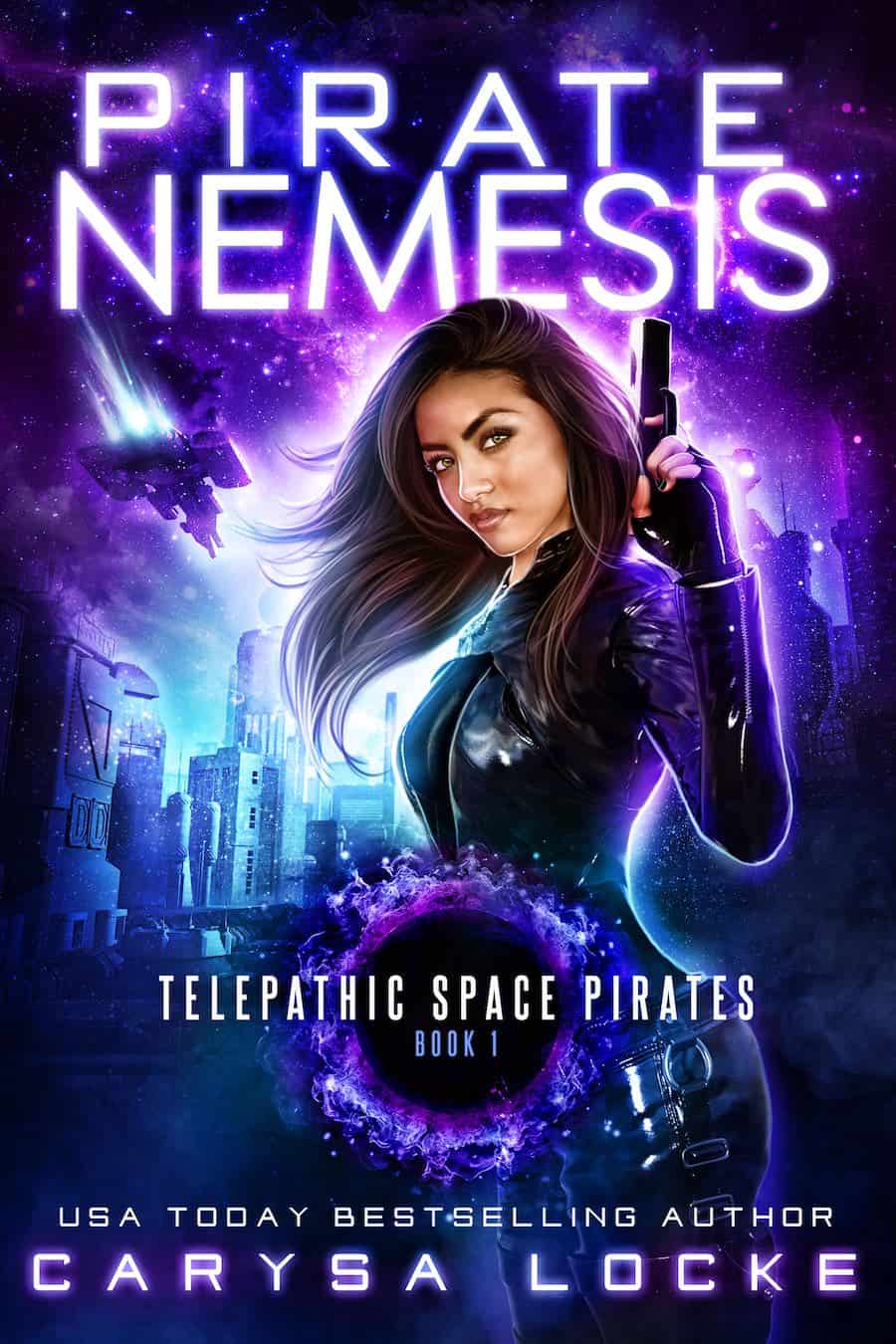 Today is the last feature of the Summer of SFR! To conclude my series of author features, I have Carysa Locke here today to tell us about her book, PIRATE NEMESIS! As most of you know, Carysa and I are co-admins of our reader group on Facebook, The Starlight Cafe, and we are also curating an anthology together, due to be out next year.

Tell us a little about yourself, Carysa…

“Carysa Locke has loved writing since she was ten years old scrawling horrible Pern and Star Wars fan fiction into spiral notebooks. Her space pirates series is based on a role-play game her best friend, MaLea Holt created and ran back in the early 2000's. She loves playing old school RPGs, reading, writing, and in her spare time enjoys jewelry making and sewing.”

Carysa and I were just discussing how we both got inspiration for our series in our reader group. I love that this universe she created blossomed out of a shared world.

I asked Carysa, “What inspired you to write PIRATE NEMESIS?”

“I've been a fan of comic books and SF my entire life, so naturally I decided to write a series about space pirates with fantastic psychic powers.”

This is something I really love about her series! If you missed my previous Book Chat that featured PIRATE NEMESIS, check it out. I've also featured other books by Carysa in my Book Chats, so be sure to search my site to find more. 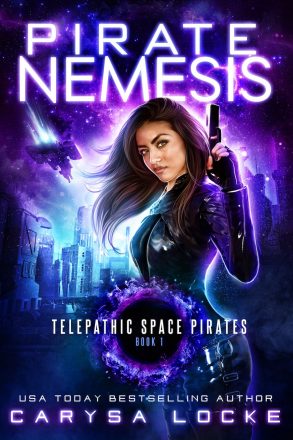 A smuggler running from her past, Mercy desperately wants answers to her mother’s disappearance. All roads lead her to the one place she can’t return: home.

Mercy has spent her life evading the Pirate Queen who attempted to murder her as a child. Now, living as a smuggler with the outlawed Talent of telepathy, she keeps her head down, takes jobs that keep her moving, and searches for answers about her mother’s disappearance fifteen years ago.

But living outside the law has consequences.

Tricked and captured, Mercy must choose between two rival factions: the terrorists who will do anything to exploit her gifts for themselves, and the pirates she’s been eluding since childhood.   Her only ally is the most dangerous killer of them all, and trusting him may be her final mistake.

Check out PIRATE NEMESIS on Amazon, Apple Books, Nook, Kobo, and more via Books2Read…
Via Books2Read

Learn more about Carysa Locke on…