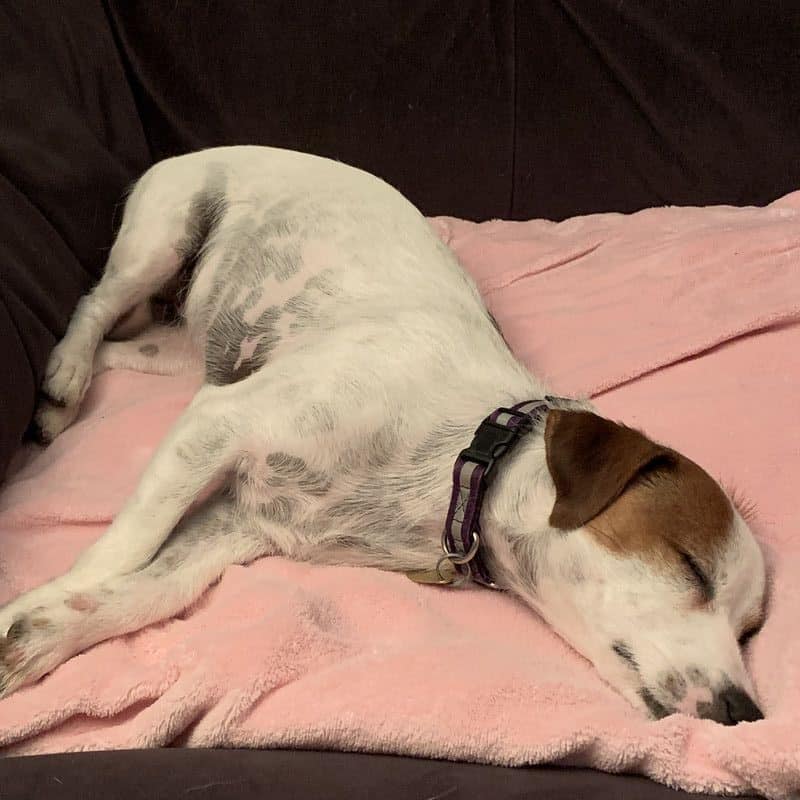 
Another week down in the pandemic!

This week felt a lot slower than most of the other weeks we've had, mainly because there weren't workers here every day to work on the bathroom. The bathroom is like 90% done. We had workers here on Friday to install our glass door, and now we're waiting on some cabinetry and a few small things. We've mostly moved back into the bathroom. We use it for daily showers and it's nice to have a second toilet in the house again. We're so close to being done! I expect to be finished the first week in September.

I'm almost done with freelance too. We wrapped up a bunch of things this week, and now I only have to do training videos and a few minor updates.

This week I started writing a Flyght/Vivian novella, and then I stopped because I realized it wasn't the right novella to be writing for my anthology. It really gives too much away about the series, and then if people read the Flyght Series, it's spoiled for them. So I am writing down all my ideas for it, and then I'm going to set it aside. I will write it eventually and publish it as part of the Flyght Series (as an after novella). Instead I'm going to write a Skylar novella! I've been brainstorming that and I hope to start on it this week.

Life around home has been pretty sedate. The kids find stuff to do as best they can. There have been a few trips to the pool here and there. A few trips to the local ice cream shops. Lots of bike riding. I'm walking a lot, with and without Lulu. Today I'm taking a rest day, but tomorrow I'll be back out there.

And finally, yesterday, we had a big Facebook party in my joint reader group with Carysa Locke! Are you a member of our group? If you're not, you should be in there! We had a great time! It was a ton of work, both leading up to the party and during the 8 hours it was going on. I had major screen fatigue by the end and I was actually nauseous from looking at my computer! Lol. I guess I'm old. Anyway, the day turned out great, and we had a lot of fun. I'm so glad for this group. 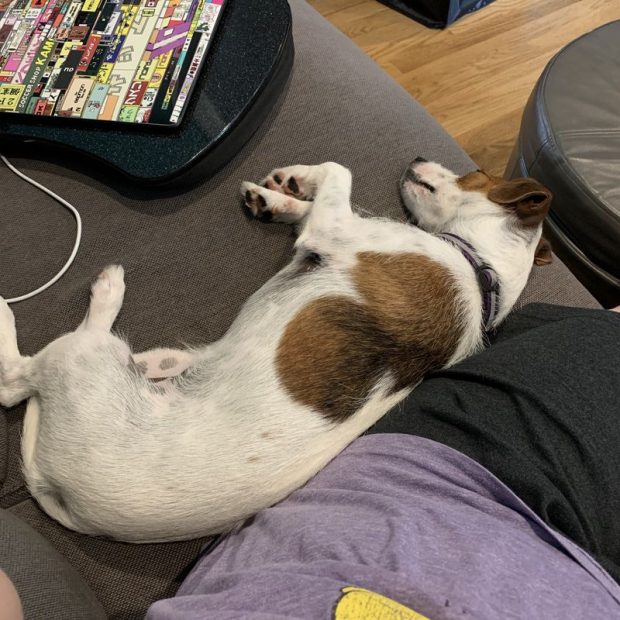 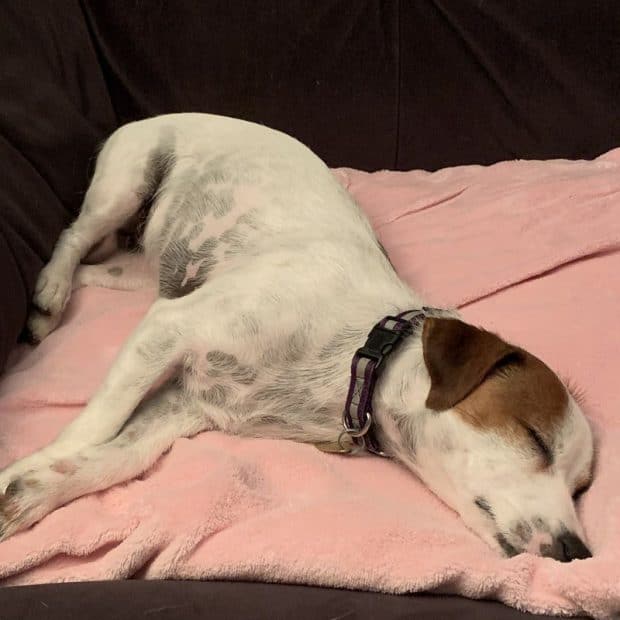 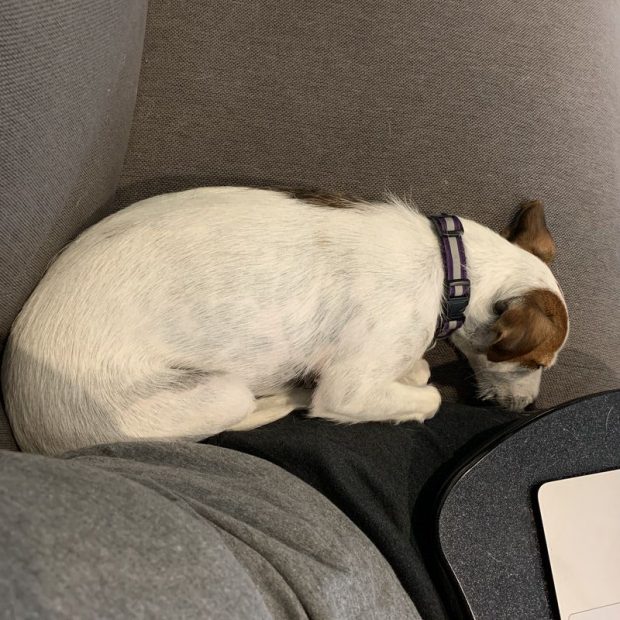 I take tons of photos of Lulu sleeping because that's really the only time she's still. I've tried taking photos of her awake, and they are just a blur! 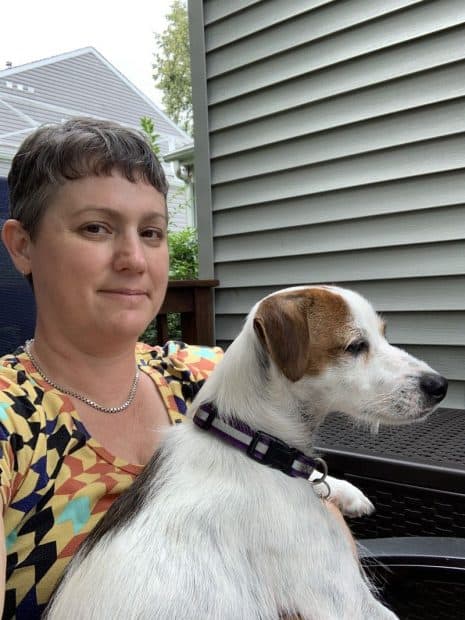 Except this day, there were workers in the house and she was feeling territorial and wouldn't stop barking. So I held her on my lap outside until they were gone. (In this photo, you can see her cute extra fuzzy lips.) 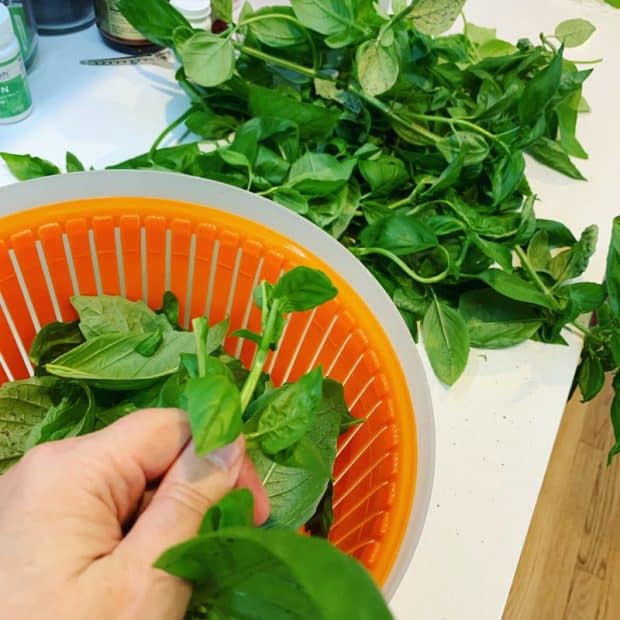 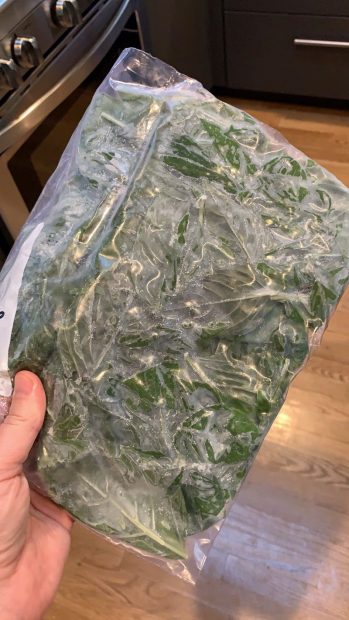 We had SO MUCH BASIL this week! We made pesto pasta one night, but it wasn't enough to make a dent in our stash. So I washed it all, dried it off, tossed it in olive oil, and the froze it. 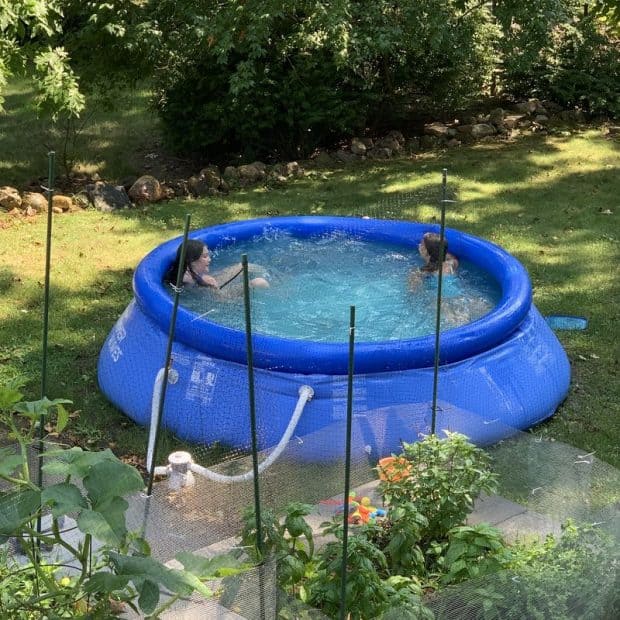 The kids are still enjoying the pool. 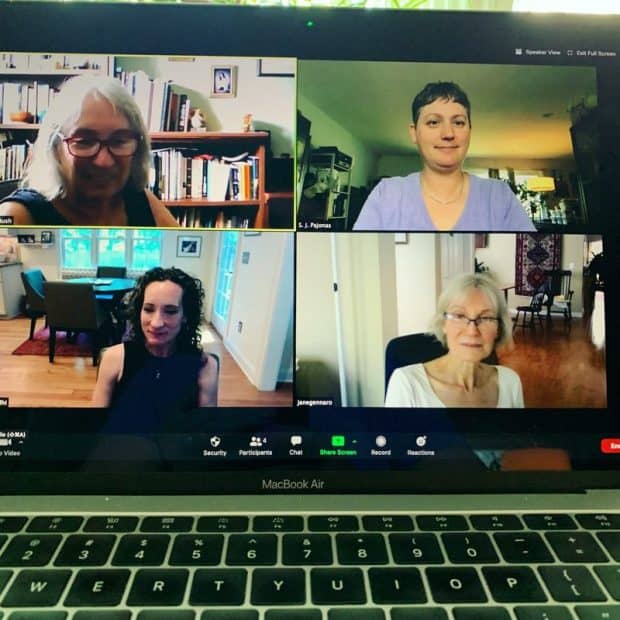 I had a nice Zoom call with my mom, aunt, and cousin! 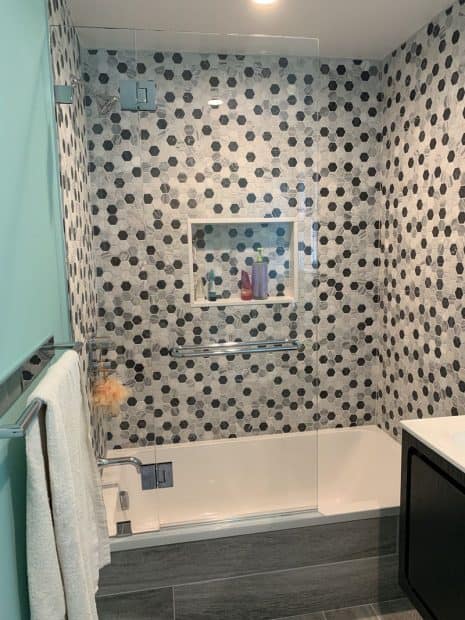 The new glass door has been installed in the bathroom! I love it! 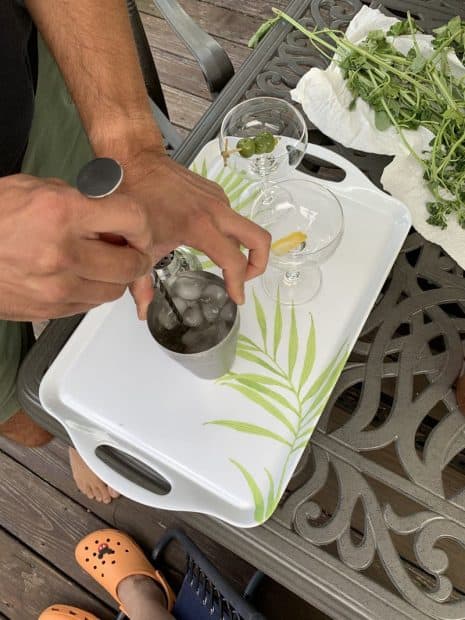 And finally, we ended our week with martinis.

I hope you all have a great week! Stay safe and healthy!