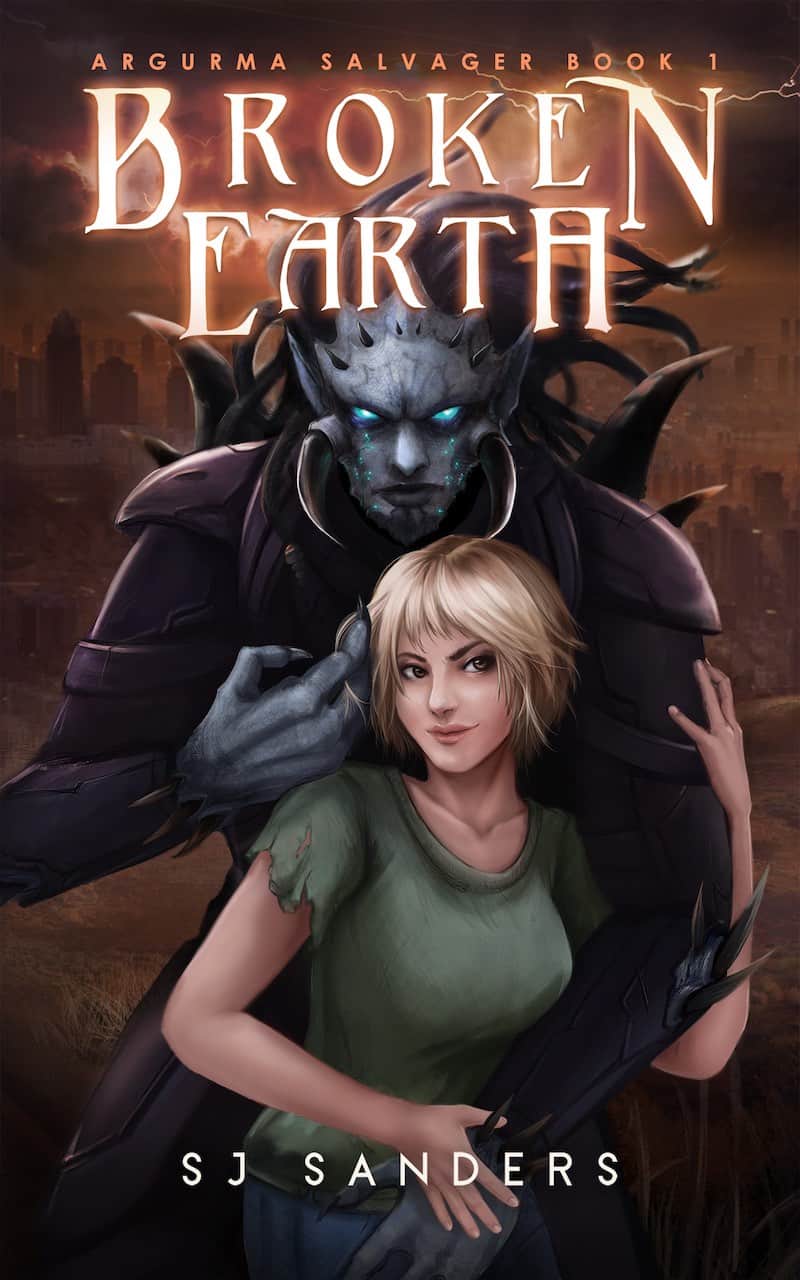 Onward with the Summer of SFR, I have S. J. Sanders here today to tell us about her book, BROKEN EARTH!

Tell us a little about yourself, S. J….

S. J. Sanders is a writer of Science Fiction and Fantasy Romance. With a love of all things alien and monster she is fascinated with concepts of far off worlds, as well as the lore and legends of various cultures. When not writing, she loves reading, sculpting, painting and travel (especially to exotic destinations). Although born and raised in Alaska, she currently as a resident of Florida with her family, her maine coon, Bella, and bearded dragon, Lex.

From Alaska to Florida? That's quite a change in climates!

I asked S. J., “What's the concept and inspiration for BROKEN EARTH?”

“Set in the near future, Broken Earth is set in a world where human originating calamities have destroyed much of the life on Earth. Ravaged by storms and stretches of wastelands, human civilization appears to be nothing more than quickly deteriorating remnants to be picked apart by enterprising alien salvagers. The Argurma salvager who finds the planet is surprised to find that even in desolation the native sentient species has survived. Ridden with violence and mutations, there is little to recommend the species until a lone, determined human woman looking to barter for transport to the coast comes forward. They face the struggles of a torn apart world together and discover something more and totally unexpected within each other.

This book is the first of the Argurma Salvager Trilogy which will pave the way for the Argurma Warrior series coming next year. Mostly I wrote it as an experiment. I wanted to write a hero that was both very alien and cyborg as well as write a dystopian story which is one of my favorite types of romances to write. The story really gave me the flexibility to write something a bit grittier than my usual book. The alien himself was very fun to write. He is someone that is very alien, pragmatic, and almost merciless in some respects compared to alien heroes in my other works.”

This sounds very interesting! I love to see how authors handle alien heroes. 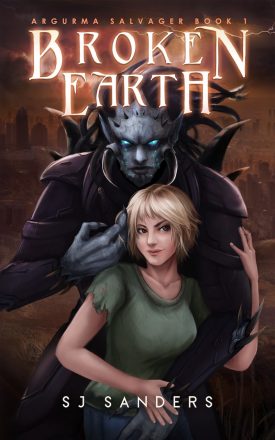 Veral’monushava’skahalur is an oddity among his species, a lone Argurma cyborg divorced from his own kind by choice and to escape termination as a malfunctioning unit. Wandering the fringes of space as a salvager, he comes across a planet beyond the boundaries of the federation, rich in metals remnant of a dead civilization. Or so he thought.

Confronted by cannibalistic mutations of the indigenous species, his salvage has suddenly become a lot more complicated. Even more so when he encounters a female surviving on her own. She is strong and fearless, begrudgingly earning his admiration. Terri is hardened by a life of hunger and watchfulness, and yet is moved by a compassion that he’s never possessed. When his admiration turns into the first signs of a forming mate-bond, he knows his fate is sealed. Unlicensed mating is forbidden—if his malfunctioning wasn’t already a death sentencing, taking her for her mate would be. Yet, he finds that letting her go is no longer an option.

Please be advised that this book has graphic sex and violence that may not be appropriate for all audiences.