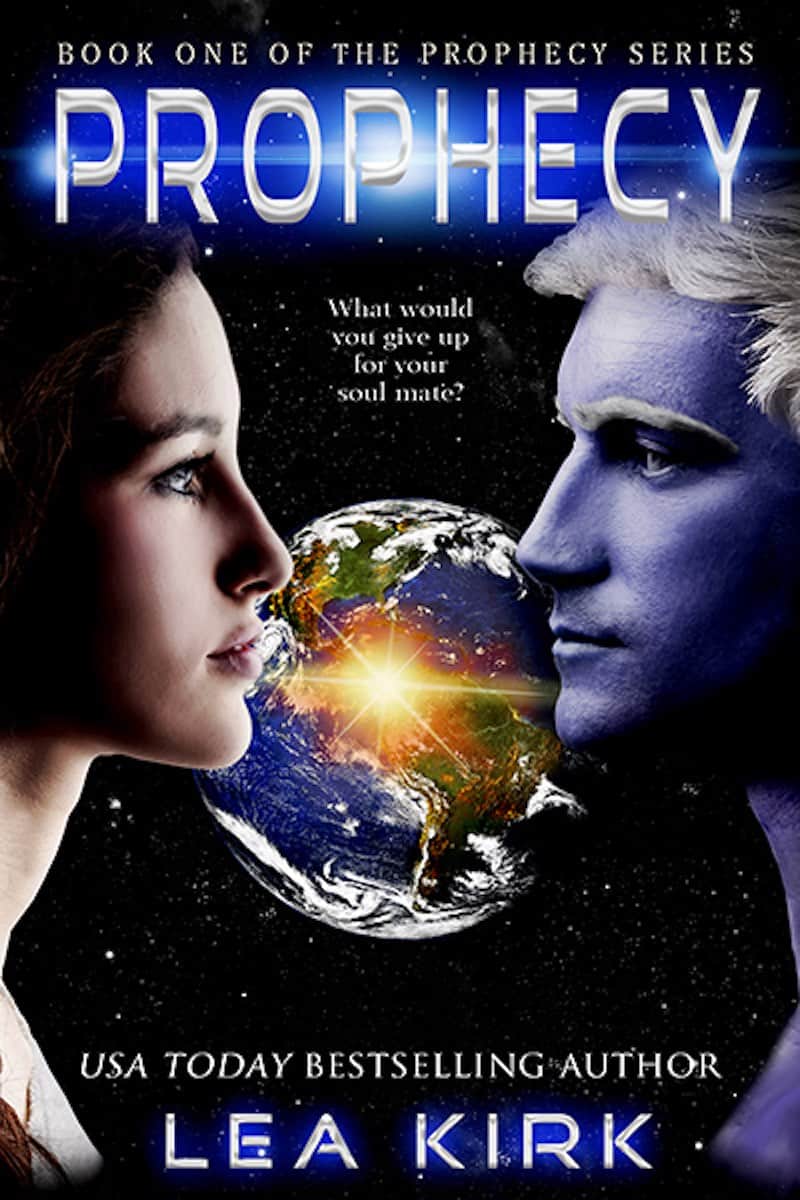 Back to the Summer of SFR, I have Lea Kirk here today to tell us about her book, PROPHECY!

Tell us a little about yourself, Lea…

All her life, USA Today Bestselling Author Lea Kirk has looked up at the stars and wondered, “What if…?” Since aliens haven't yet to make a public appearance on Earth, she decided to share the ones in her imagination with others who are waiting. She loves to transport her readers to other worlds with her award-winning Prophecy series, and is currently working on a new series to release in the fall of 2020.

I asked Lea, “What inspired you to write the Prophecy Series?”

“This series started when I was in high-school. I was day dreaming in class (a condition I was rather prone to back then) and wondered, “What if aliens invaded during the school day?” Boy, did I have fun with line of thought. I ended up with several notebooks full of handwritten pages, none of which I could find thirty years later when I decided to get serious about my writing. So, I restarted from scratch, which as it turns out was for the best. There is no argument that the rewrite turned out a hundred times better. Hope you enjoy it!”

I'm glad I don't have any of my notebooks from high school! Lol. I'm sure I would cringe reading them, though I still remember many of the stories to this day. 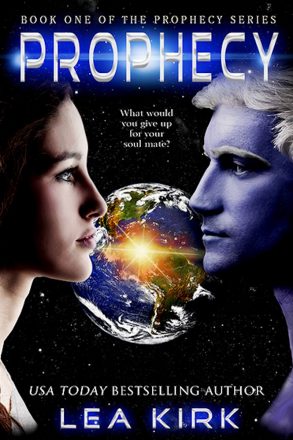 What would you give up for your soul mate?

A nightmare of galactic proportions…
One normal day turns into horror when Earth is attacked. Now ER nurse Alexandra Bock is imprisoned aboard an alien slave ship with no way out. She deems all aliens untrustworthy, including the handsome blue-skinned Matiran captain who shares her cell.

A betrayal from within…
One night of treachery leaves Senior Captain Gryf Helyg a prisoner of his enemies. Because of him, Earth’s inhabitants face extinction and his home world is threatened. But his plans for escape are complicated by his inexplicable draw to the Earth woman imprisoned with him.

A chance to save both their peoples…
One ancient prophecy holds the key to free Alexandra and Gryf’s war-ravaged worlds. Can two wounded souls who have lost everything learn to trust and forgive in order to fulfill the prophecy, and find a love that will last for eternity?

Learn more about Lea Kirk on…