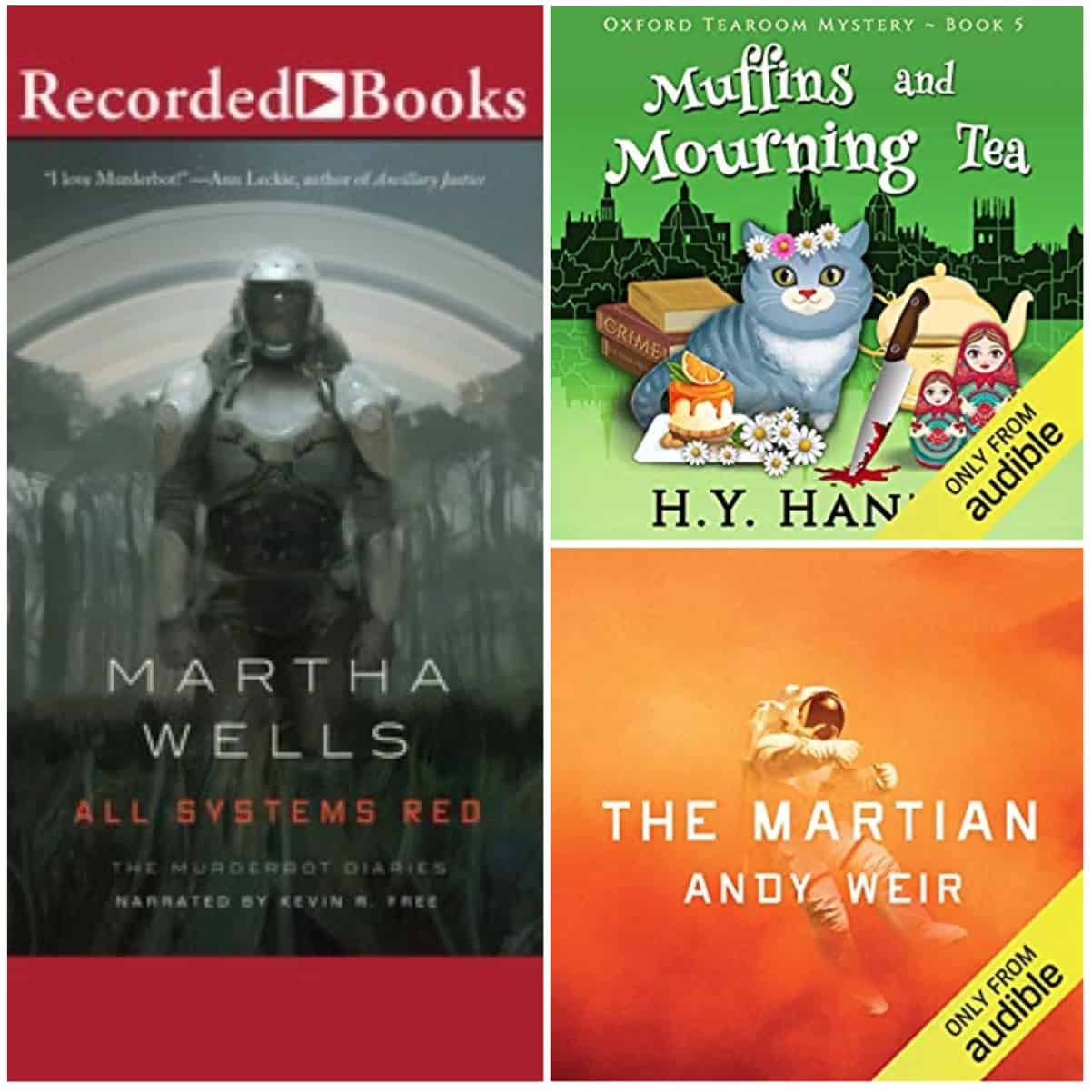 Hey everyone! Time for another Book Chat. The current audiobook I'm listening to is going on and on and on forever, so I hope to have that done within the next century (seriously, I'm enjoying it, but there's so much EXTRA in the book I just wish had been cut). And I haven't touched my Kindle in a month. Sigh. There's just no time to SIT and read. Hopefully on vacation soon.

Here are some great audiobooks I've listened to recently! 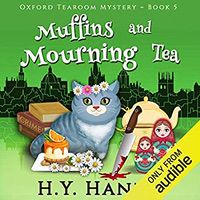 After trying to listen to a horrible audiobook which will remain nameless, I decided to spend a credit on another book from the Oxford Tea Room Mysteries because I KNEW I would enjoy it. And I did. MUFFINS AND MOURNING TEA kept me guessing the whole time. I liked the inclusion of some Russian characters and more about Gemma's relationship with her boyfriend, Devlin. I didn't guess the killer until Gemma did, so that was a nice surprise too! I'm definitely looking forward to the next book in this series. 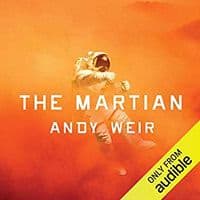 THE MARTIAN by Andy Weir

Then I tried to listen to some other audiobooks and ended up disappointed. One of them the narration was so bad I actually returned it (and I've not done that in the HUNDREDS of dollars I've spent on audiobooks before). So, when I heard that Wil Wheaton had narrated THE MARTIAN, a book I had already listened to TWICE in the original audio, I decided SCREW IT, I'm going to spend a credit on this book AGAIN. Yep. I love Wil Wheaton. I love this book. And why not? Then I proceeded to download it and listen to it feverishly in all my spare time. And I enjoyed it again! Amazing, that. I'm happy I spent the extra credit and went back to Mars. This is one of my favorite books. 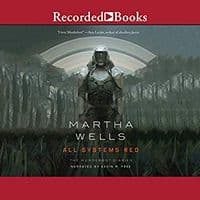 ALL SYSTEMS RED by Martha Wells

So, actually, I listened to this book last year but forgot about it because it was in my Chirp app when I got it on sale. ALL SYSTEMS RED is a story about editing… I originally tried to read this book when it first came out, but I set it down after two chapters because, frankly, the editing was subpar. There were commas everywhere and plenty of other problems. If it was a good book, I wouldn't have known because I couldn't get past the editing, and that's a lesson for publishers right there. Hire competent editors! Then it got nominated for and won a Hugo award, so I decided to buy it in audio instead. At least with audio, I can't see the editing. And, finally, it was enjoyable! There were a few confusing aspects to the story about who everyone was and why they were on the planet, but overall, I liked Murderbot a lot. I will being picking up more of his continuing adventures in audio.

What have you been reading recently?