Books To Movies/TV: What Have You Loved or Hated? 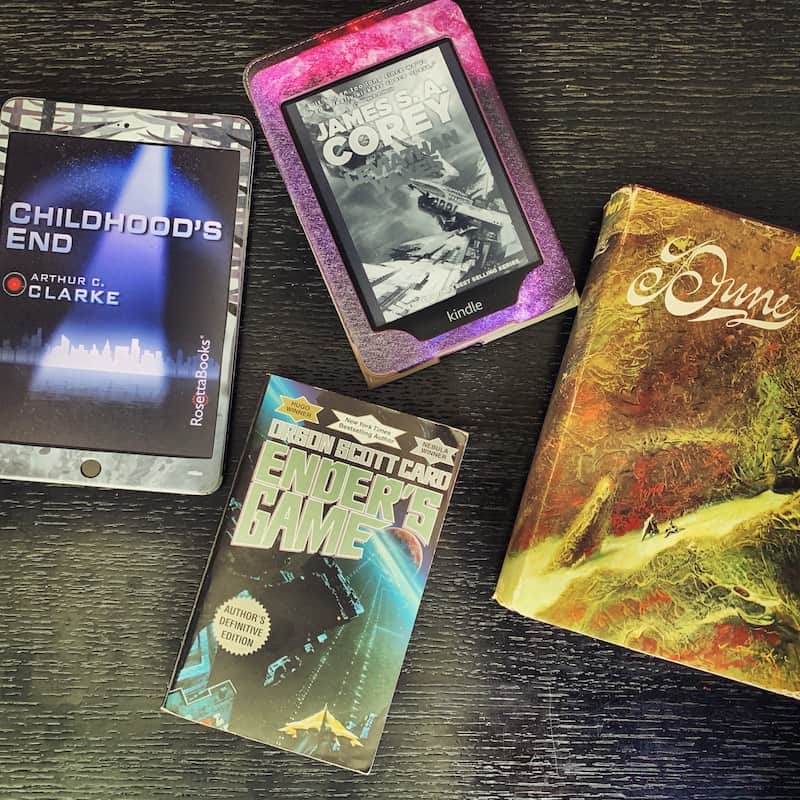 We're going to do something a little different this Friday since I'm knee deep in both puppy craziness and writing Book 5 of the Flyght Series!

I've been thinking a lot about my favorite TV and movies and which ones were adapted from books in ways that I loved and I hated. All the books are sci-fi, of course! (My husband calls me Scifi Stephie for a reason.) And some of these adaptations I really loved and others I was underwhelmed by. Let's get to the books! 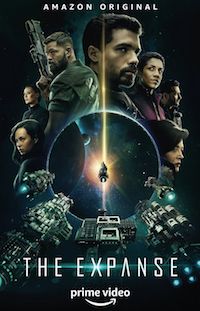 It'll come as no surprise that I really love the adaptation of James S. A. Corey's novels from the Expanse series to The Expanse TV show (once on SyFy and now on Amazon). I was totally captured by the books which I've listened to all in audiobook, and now the TV show has done such an excellent adaptation of the novels. It is, hands down, one of the best adaptations I have ever seen.

What do I love about it? The writers really seem to understand the overall story arc of the entire series, and they know what to keep and what to cut. They also don't twist the story to do things that weren't in the book. Basically, even though the books have SO MUCH MORE than the TV show, the TV show still does the justice to the series. Plus, the actor who plays Amos, Wes Chatham, is PERFECT for his role. God, he is just great.

I'm writing this blog post a little too soon as I haven't seen the adaptation that just finished filming, and I'm really hoping it's great. But there are two adaptations I want to talk about here. 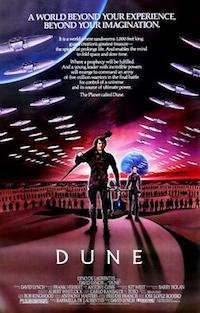 First, of course, the 80s David Lynch version with Kyle McLachlan. What did I love about this version? The sets, the costumes, and the music, because, duh, TOTO. Other than that, it was okay. I know some people will agree and disagree with me. This is a hotly debated topic in sci-fi circles. I could still rewatch this and enjoy it, though! 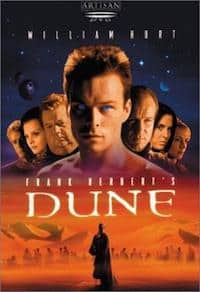 By Uploaded by Cayla; digital capture/scan of DVD cover; copyright maintained by publisher or artist, as applicable., https://en.wikipedia.org/w/index.php?curid=3393671

Second, my favorite, the SyFy version with Alec Newman and William Hurt. I really enjoyed this version of the book. It wasn't perfect, for sure, but it was pretty good, especially for a TV rendition of such a classic sci-fi novel. I own these on DVD (and the follow-up CHILDREN OF DUNE because that was done well too) and rewatch them on occasion. Once again, though, it did butcher some of the plot points of the novels, so even though I enjoyed these, I still only give it an “okay” rating. 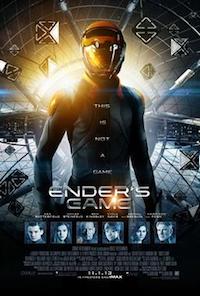 I used to be a big fan of Orson Scott Card before I learned of his personal politics (don't go looking if you don't want to know) and ENDER'S GAME was one of my favorite books as a kid. When they made a movie out of it in 2013, I was surprised it had taken as long as it had to get to the screen. But in the end, it was meh for me. I liked the special effects and I felt that the casting was done well, but the movie lost a lot of the internal political play and then the ending no longer feels as ground-breaking as it did when the book was first published. 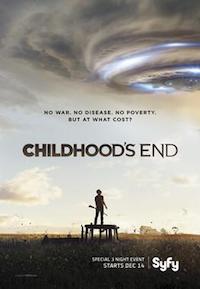 Y'all, I remember reading this book as a kid and totally falling in love with it. It was everything to me. And I was surprised to grow up and find that no one had optioned it for the screen. It had so much potential. Then in 2015, SyFy finally brought CHILDHOOD'S END to TV. I'll say now what I said then, “PLEASE DO NOT SCREW THIS UP.” Yet, that's exactly what happened. They took a slim and easy to read book, stretched out the story unnecessarily, and made it boring AF. I almost turned it off before it was over because it was a total snoozefest. Sigh. I was pretty disappointed. I really hope someone does this book justice someday! This adaptation was a total bummer for me.

So tell me, what’s been your favorite movie/TV show based on a book? Or is there one you hated?

I want to know what you think! What have you loved and hated that's been adapted from a book? 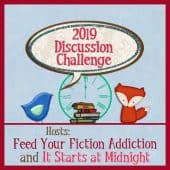 Big thanks to Feed Your Fiction Addiction for the discussion post idea!