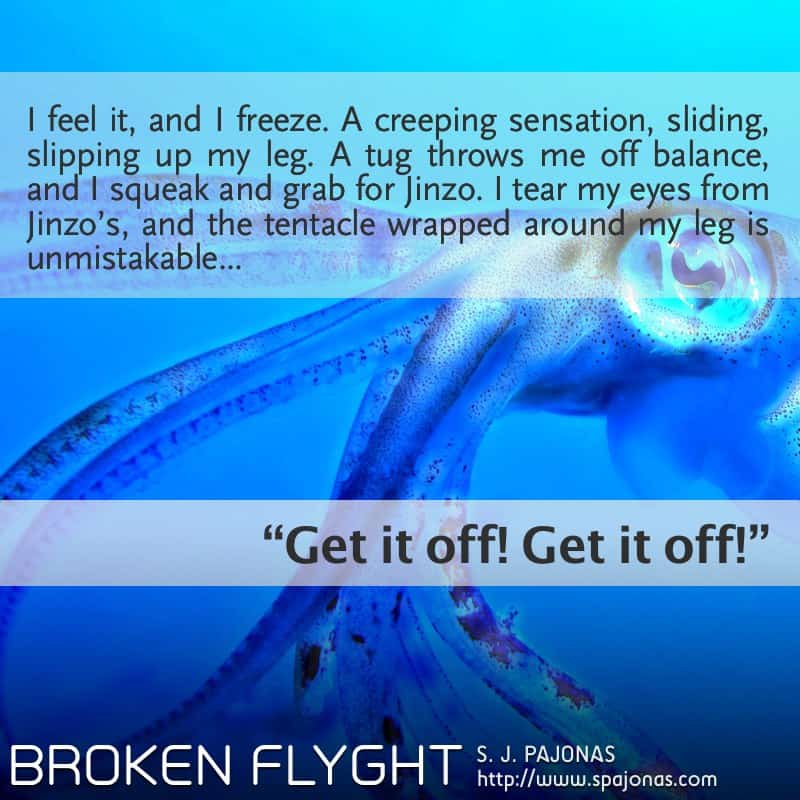 It's Teaser Tuesday for BROKEN FLYGHT!

For the first time ever in my sci-fi, I've written aliens. But not aliens like you think. I've given a planet in the Brazilianos System its own alien-ish ecosystem with plants and animals that have evolved on their own, not from Earth. Being Earthlings, though, the settlers have given Earth-analogous names to most of the animals they've discovered here.

So there are squid in the seas and greensnakes in the trees and jellies on the seashore. But none of these things are like what they were on Earth. Almost everything on Rio is dangerous. So dangerous that they float the cities above the jungles and the oceans, otherwise, humans will end up as tasty, tasty snacks.

There will be more about Rio animals in further books and a peek at how they came to be! But for now, Vivian has to avoid any more entanglements with them. This one was almost a disaster! 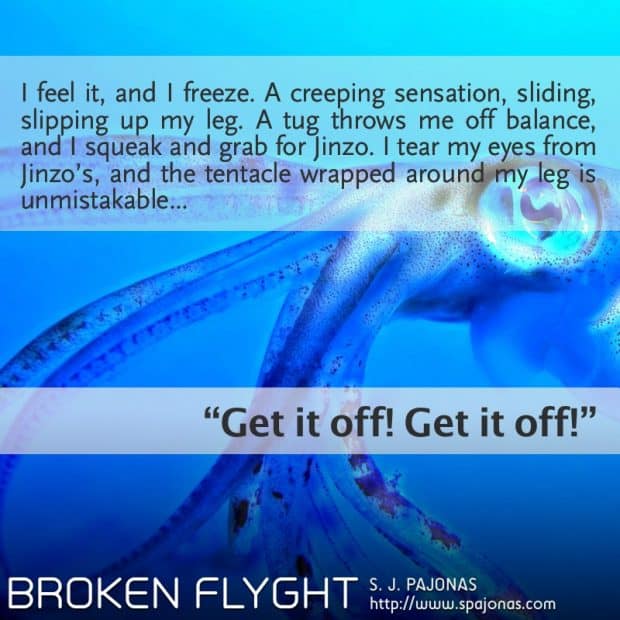 I turn in my seat so I can look at him. His helmet is in his lap, and the rain runs down his head and meanders in tiny rivers along his face.

“I keep promises, and I don’t want to let you get away.” His fingers brush my face. “You have a bit of a temper —”

I laugh at this, and it lightens my mood, even as I see the flashing lights approaching from shore.

“Well,” I begin, leaning into his fingers.

Then I feel it, and I freeze. A creeping sensation, sliding, slipping up my leg. A tug throws me off balance, and I squeak and grab for Jinzo. I tear my eyes from Jinzo’s, and the tentacle wrapped around my leg is unmistakable.

“Get it off! Get it off!” Panic squeezes my chest as I slide away from the bike. Everything is wet and slippery, but I wrap my hands around the bike’s footrest and squeeze with all my might. The only problem? I’ve been riding the bike for almost an hour now, and my hands are weak with fatigue.

My whole body is weak with fatigue, and this thing is stronger than me.

“Vivian!” Jinzo is on his stomach now, trying to keep me above the water. His grasp on the tight shirt I stupidly decided to wear is firm, but the seams are ripping.

Another tentacle weaves up my other leg. This squid knows when it has a prize in its grips.

How will Vivian get out of this one? You'll have to read to find out! 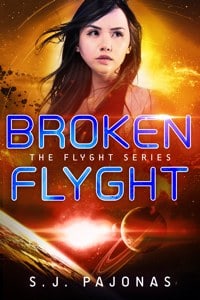 Read the blurb, an excerpt, and find all the buy links on my website…