Let’s Celebrate #RRSciFiMonth with ARRIVAL, THE LONG WAY TO A SMALL ANGRY PLANET, and The Nogiku Series

Photo by Greg Rakozy on Unsplash.

It's Sci-Fi Month! Which I didn't know about until very recently, so I'm glad I found out before the month was over! Science fiction is my very favorite genre. It's the genre I have loved since I was a teen, and I have never fallen out of love with it, as I have with other genres throughout my life. It's also the genre I love to write the most. Something about space and the future charms and inspires me. My stories inevitably gravitate towards science fiction, and I know it's what I've been called to write.

Today we're going to celebrate Sci-Fi Month with a movie, a book, and one of my own series (which is on sale on Kobo). 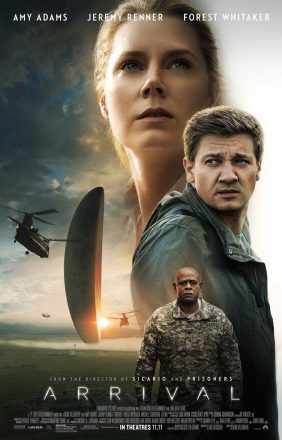 One of my favorite “brands” of science fiction is quiet science fiction. It's the intellectual contemplation and promise of understanding whether of humans or aliens. It's not guns and aliens and blowing up the White House like in Independence Day. Quiet science fiction showcases sciences and disciplines like linguistics and math, relationships, and mirroring humanity in futuristic colonies or alien species. 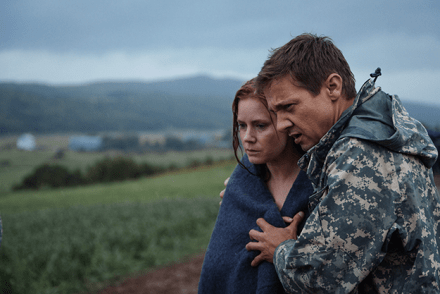 Besides INTERSTELLAR, my favorite quiet science fiction movie is ARRIVAL. I recently rewatched it and it was just as wonderful the second time through. When alien ships show up over 12 areas over Earth, everyone scrambles to figure out what they want. A linguist, Louise Banks, is called in to listen the aliens' language and work with a team of people to translate and find out why the aliens have come. But the real story is really about Louise's life and her eventual entangling with the aliens and how they influence her future.

I'll admit that I cried both times I watched this movie. It's so touching and wonderful. And when the pieces all come together, it's surprising in an ingenious way. I still need to read the short story this movie is based on. I'll have to do that soon.

Hitch a Ride on the Wayfarer

Another thing I love about science fiction are ensemble casts aboard spaceships. Firefly? Love, love, love it. Star Trek? Star Wars? Yes, yes, yes. Something about putting a crew aboard a starship and sending them into the unknown is totally appealing to me. My FLYGHT SERIES, which publishes late summer 2019, will also have an ensemble cast on a spaceship. 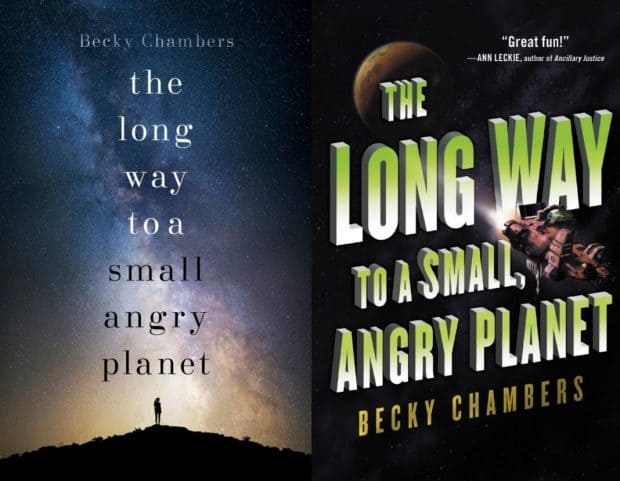 When I read the blurb for THE LONG WAY TO A SMALL ANGRY PLANET by Becky Chambers and saw that it's also a spaceship filled with interesting people heading into the unknown, I bought it immediately. It was a great coincidence that this book is the highlight of #RRSciFiMonth too!

I read most of this book on my vacation last week next to the pool (as it should be) and I was glued to my Kindle. I knew right away that I was going to finish and love this book. I've given up on so many books lately, it was a treat to find one that was a joy from start to finish. I'm not a huge fan of “aliens,” believe it or not, because they all seem to be just humans in a different form. So I really loved Becky Chambers take on all her alien species. They felt unique and believable. And I was dialed into everyone on the ship for their entire journey to the small, angry planet and back home.

This book is currently #1 in LGBT Science Fiction, and though it does have one LGBT plot line, I would say it's a book that accepts pairings in whatever form they come in. Human-human, human-alien, same sex, gay, or straight, it had them all and they all felt very natural. I really loved that part. It warmed my heart and made me smile to see people — be them aliens or humans — connect. We need more books in the world like this!

I really loved this book, and I immediately bought the second book once I read a few reviews from people who claimed to love it even more than the first! That's a huge recommendation! 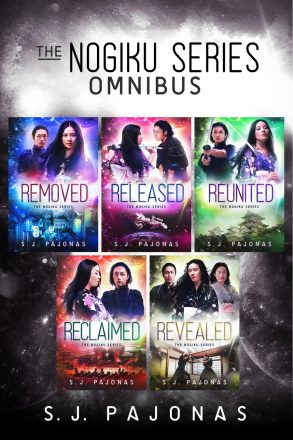 My other favorite science fiction device is future cities! What can we expect to find in those cities? Are cars flying? Are they dark and grungy? Or sunny and green? I love building future and science fiction cities.

My favorite future city is still Nishikyō, the last capital on Earth, for my Nogiku Series. I imagined a future after wars and a huge environmental decline where the Japanese were the last surviving majority on Earth. I gave Nishikyō domes to protect it from the harsh elements and Kus (districts) where people would live and work. I kept the Japanese culture alive in many ways but mixed it with other cultures too. And then I focused the story on one young woman and her struggle with a destiny she just didn't expect.

What I loved most about building Nishikyō was seeing it in my dreams every night. I can picture the streets, the people, the way living under domes would shape them into the people they are. Nishikyō now is just as real to me as New York City or any other place I've visited in life, just like Shin Osaka is from the Hikoboshi Series, and Concord City and Oitavo and Sakata City are now from my upcoming Flyght Series. Future cities can be just as compelling as characters!

I hope you enjoy #RRSciFiMonth!

There are lots of other great posts on #RRSciFiMonth celebrating science fiction all during November. To see more posts, check out the Twitter tag #RRSciFiMonth and follow @SciFiMonth for more!