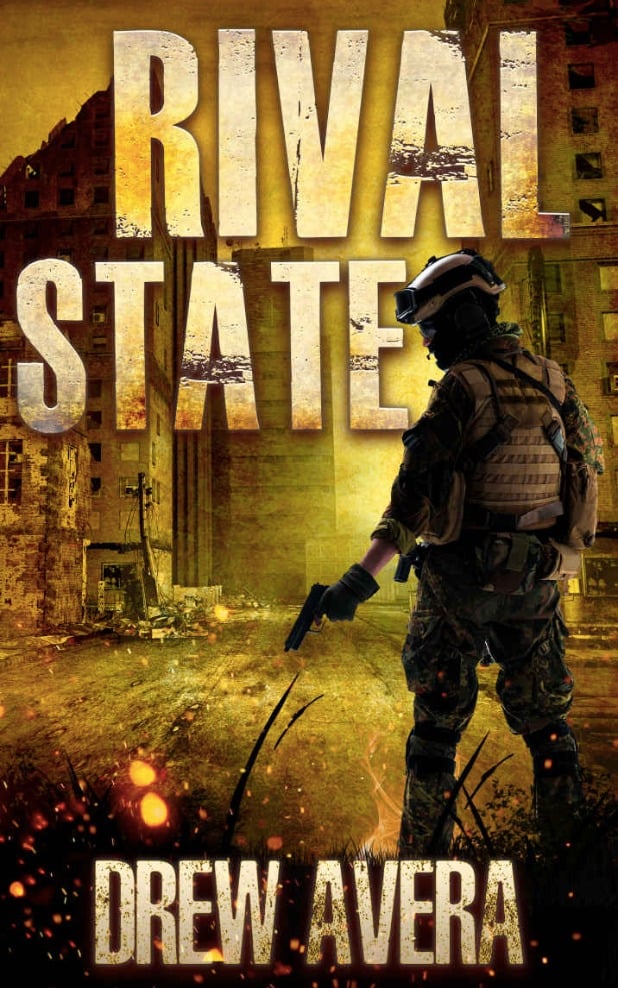 Drew Avera is one of the hardest working writers I know. When he gets an idea, he runs with it, whether it's in writing, music, or life. He has a lot of talent! I asked him here today to talk about one of his newer novels, RIVAL STATE.

I asked Drew, “What inspired you to write RIVAL STATE?”

I was inspired to write Rival State after witnessing many political posts on social media dissolving into irrational arguments. The more it happened, the more I felt that it could be the result of orchestrated chaos. People into conspiracy theories often refer to the deep state as an entity involved in trying to usurp the government and control the people. As the madness escalated, the idea of some deep state entity doing that really took shape in my head. Ultimately, the division in America would lead to inevitable war, and further division. So, I picked up the story in Rival State nearly half a century after the events broke our country apart. Rival State is very much a dystopian novel, but it has elements of general science fiction and horror as well.

I can easily see how this one idea grabbed Drew and took him to this inevitable conclusion. Sometimes even the most mundane of daily events can inspire an author! 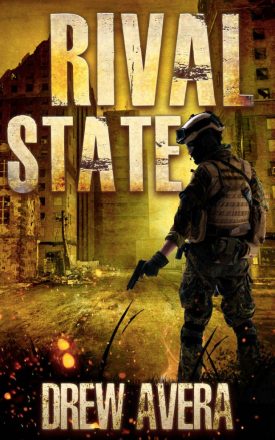 The future of America is a nightmare of the deep state agenda.

In the beginning of the 22nd Century, just decades after civil war ripped America into thirds, our now divided country is but a shadow of her former self. Martial law prevails in every major city, with armed guards marching in the streets, fighting to restore balance and order as freedom and liberty become fading memories of a time best forgotten.

President Fulton, leader of the American Union, has spent most of his adult life preparing to seize power. With his eyes set on a newly unified country under his control it appears to be his for the taking. But a lack of trust from his opposition, and riots in the streets may just bring his world crashing down.

As revelations of blatant corruption draws unwanted attention to the American Union, Fulton executes the final steps in a plan designed to bring the rest of North America to its knees in subjugation to his will. But even the best laid plans have their faults, as once again America is brought to the brink of war.

And her final destruction.

Check out RIVAL STATE on…
Amazon

Learn more about Drew Avera on…