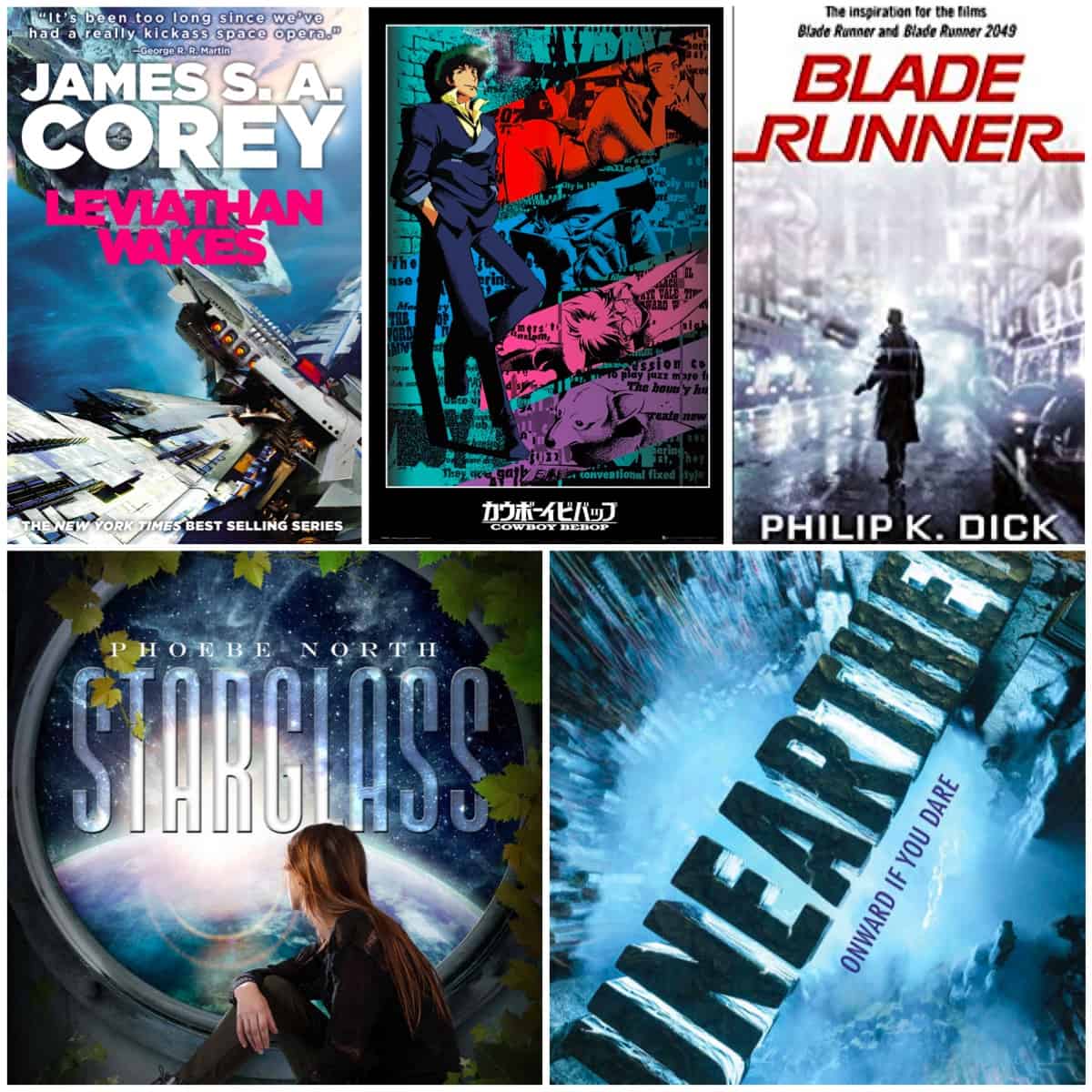 Okay, so one of my favorite bloggers posted a discussion last week about his favorite tropes in sci-fi, and I thought that would be a great post to do here as well. In a few weeks, we'll discuss favorite tropes in mysteries too, since these are the two main genres I write in now. 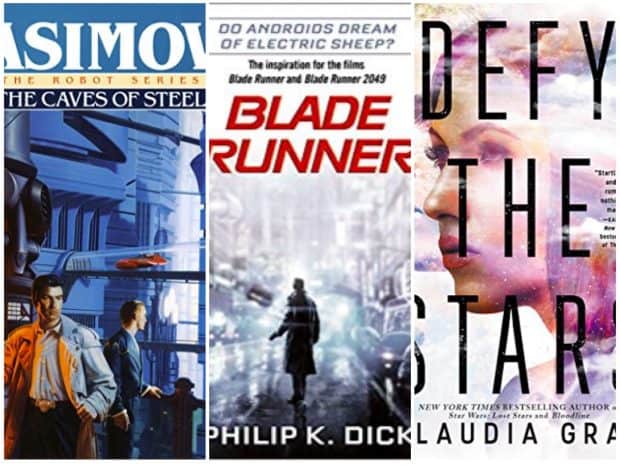 CAVES OF STEEL, BLADE RUNNER, and DEFY THE STARS

I mean, ROBOTS, am I right? Where can you go wrong with a trope that's been around since the dawn of science fiction, if not earlier? I love that looking at robots and androids is a chance for people to understand their own humanity. It's a chance for introspection and advancement. It's probably my favorite trope, if I'm being honest. It's why I loved Data on Star Trek: The Next Generation so much. 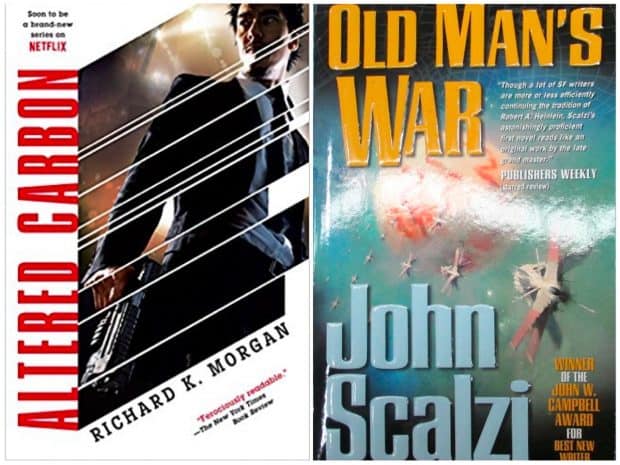 This will always be fascinating to me. Will we ever figure out how to store consciousness? What is it? Can it be quantified by ones and zeros? What will it mean for humans to be able to just reboot? I loved both OLD MAN'S WAR and ALTERED CARBON for the questions and possible answers to these questions and more. 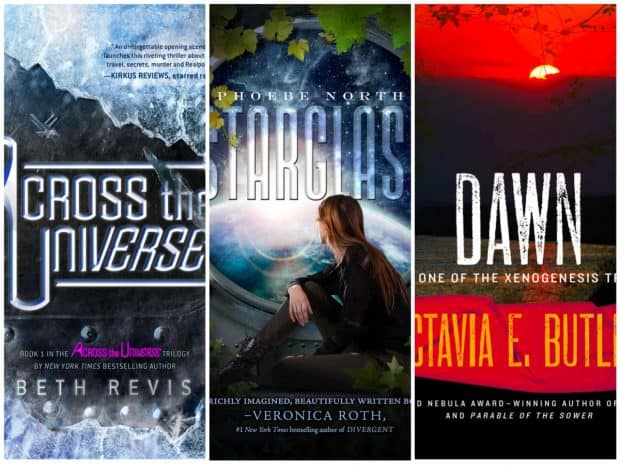 ACROSS THE UNIVERSE, STARGLASS, and DAWN

If we never invent jump drives or faster-than-light travel, then our only option to get to another solar system is the generation ship. And just think of the possibilities with this one. Who gets to go? How will they get there? How long will it take? What will happen along the way? I loved both ACROSS THE UNIVERSE and STARGLASS as generation stories. DAWN did a little spin on the generation ships because the aliens had a whole generation ship (it was also a living ship) that they shared with other alien species. It was pretty darned cool. 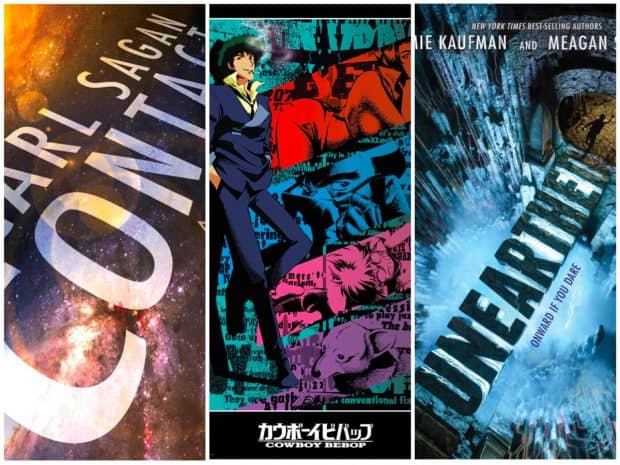 This may be one of the top well-used sci-fi tropes (along with FTL drives). I can think of a ton of books, TV shows, and movies that have used portal gates or wormholes. My favorite, though, is the jump rings in Cowboy Bebop. Those get them around the solar system, and it's what I use in the Flyght Series, for both long and short distances. But I also love portal gates like in Stargate or DEFY THE STARS that connect many different systems. That makes for fun stories!

Some other well-known tropes…

And then there are the tropes that are so well used that we don't even see them anymore. Like Faster-Than-Light Travel which includes warp drives, jump drives, hyperspace drives. So many sci-fi books and movies use these that it's really a part of the fabric of the genre. The Expanse came the closest to not using any of these and then they opened the alien network of portals. Lol.

These are all my favorite tropes in sci-fi and ones I've used in all my books too! I use androids in the Hikoboshi Series along with downloaded consciousness. Generation ships are what got people to the systems first in the Hikoboshi Series, then FTL jump ships got them around later. And I'm using portal gates in my new Flyght Series. I'm sure I'll use even more tropes as I write more in this exciting genre.

What are your favorite science fiction tropes? Share them in the comments!