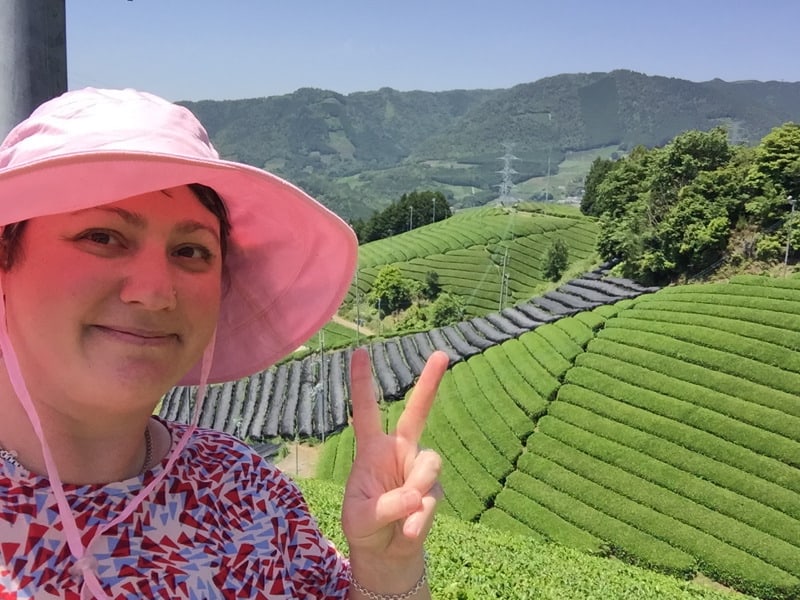 I'm winding down my Traveling In Japan 2018 series now since I've written about most of my excursions there. For my last two posts in the series, I'm sharing some of the random photos I took while traveling and a quick video I mashed up using the 1 Second Everyday app.

When I was preparing the images for this post, I realized I had a whopping 45 photos I wanted to share with you! Wow. I really tried hard this past trip to take photos of everything. So I'm dividing up this post into two parts. Part 2 will be next Friday. 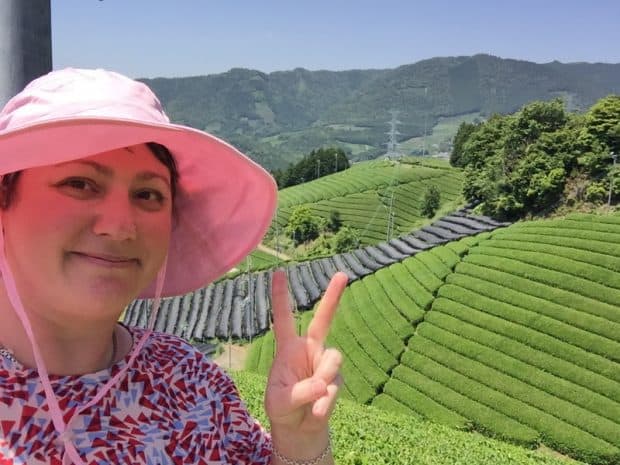 From my time at the Obubu Tea Farm! 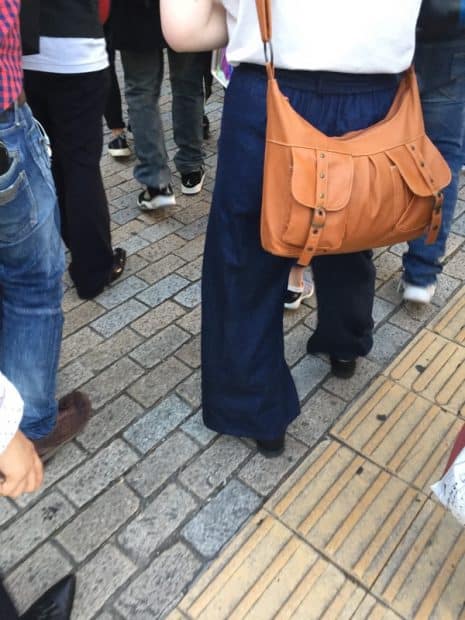 Wide-legged pants are really popular in Japan right now. All the women are wearing them. They're also really into the pants with long ties around the waist. 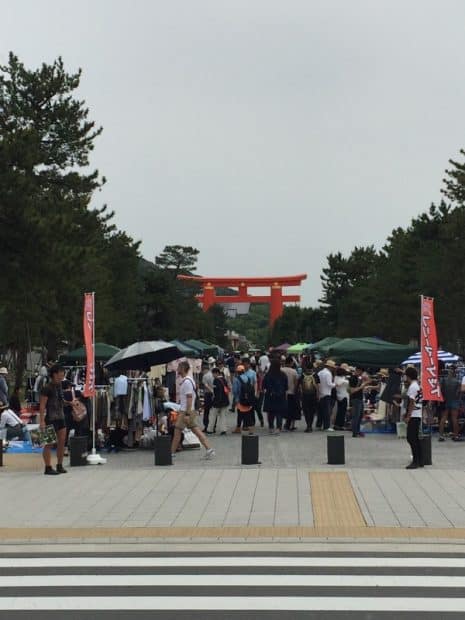 I visited Heian Jingu on the day of a huge flea market! 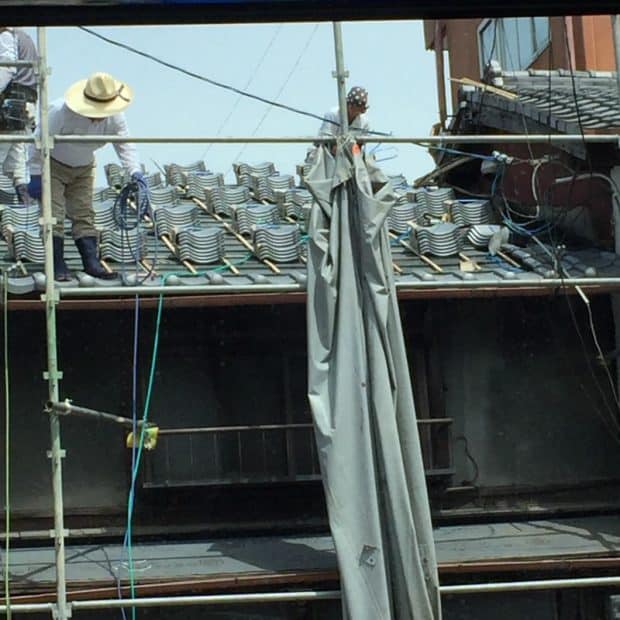 Just happened to catch this shot of these men replacing the roof on a traditional Japanese building. 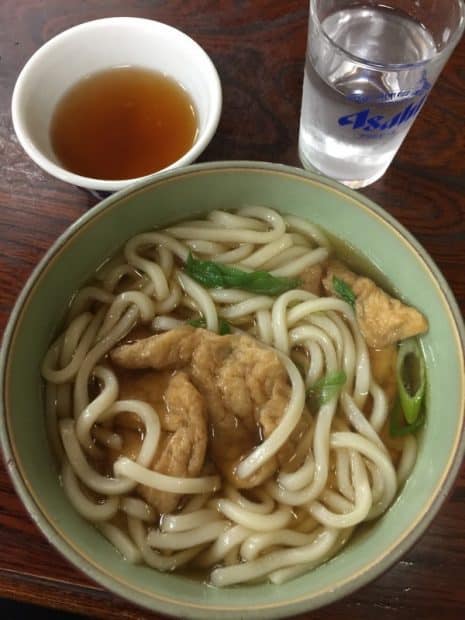 This is Kitsune Udon. If you don't eat meat, you can usually ask for this and be satisfied. Kitsune means “fox” and since foxes are the domain of the god, Inari, inari tofu is added to this dish. I know, it's a circuitous route through Japanese culture and religion to get to fox=tofu. 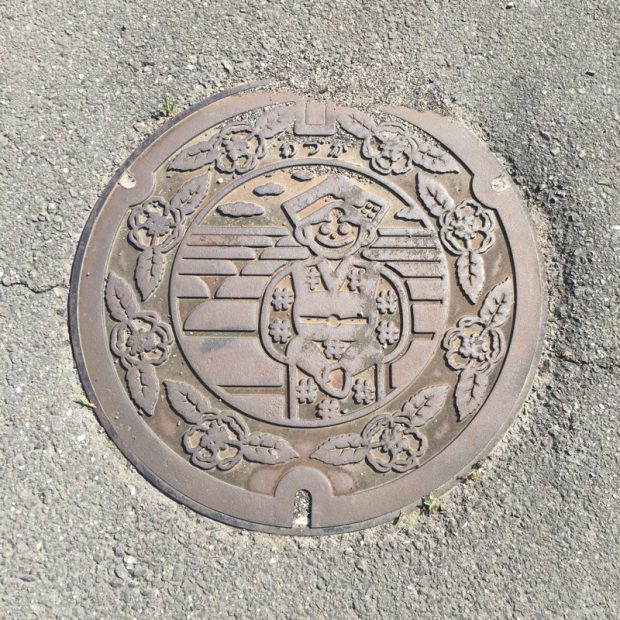 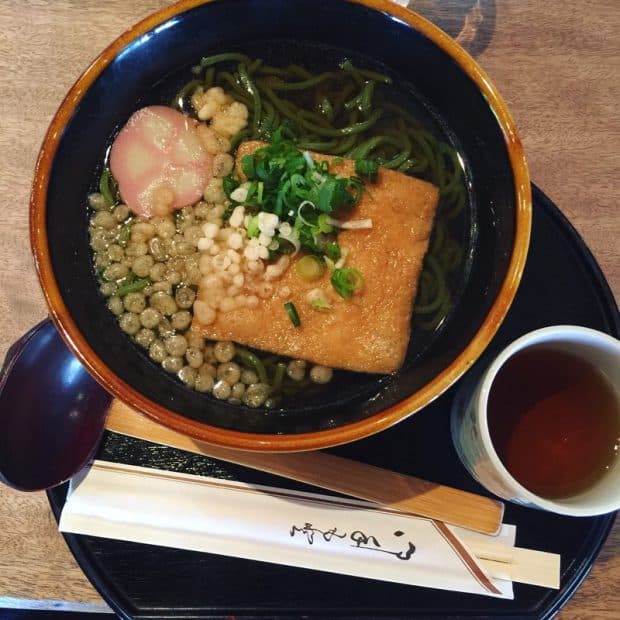 This is Tanuki soba. Tanuki are a sort of raccoon dog, super cute, and usually you'll find statues of them at houses or restaurants. When you order Tanuki soba or udon, you get something similar to Kitsune udon except they sprinkle bits of fried tempura batter on top. YUM. These were green tea soba noodles. 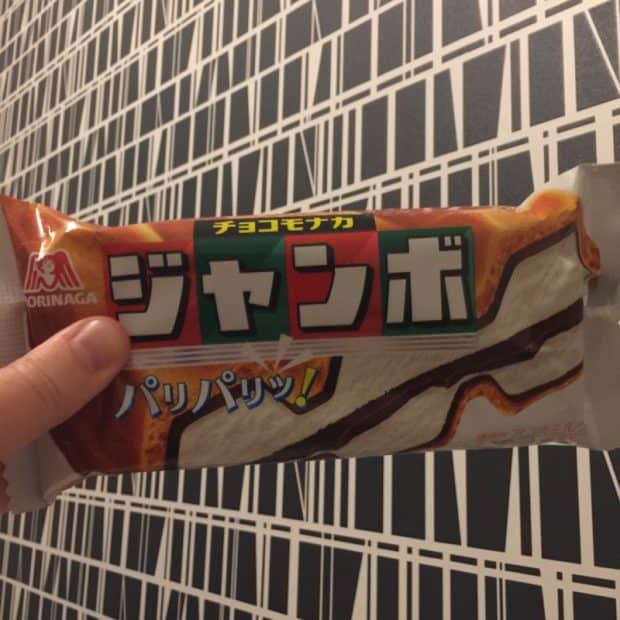 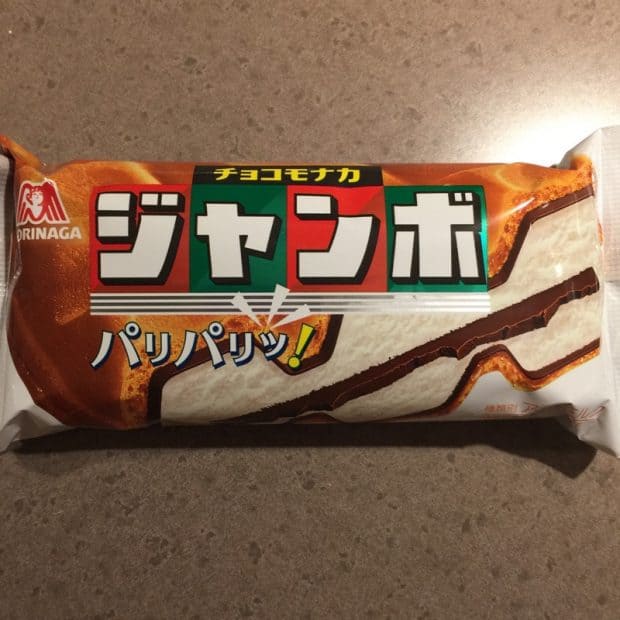 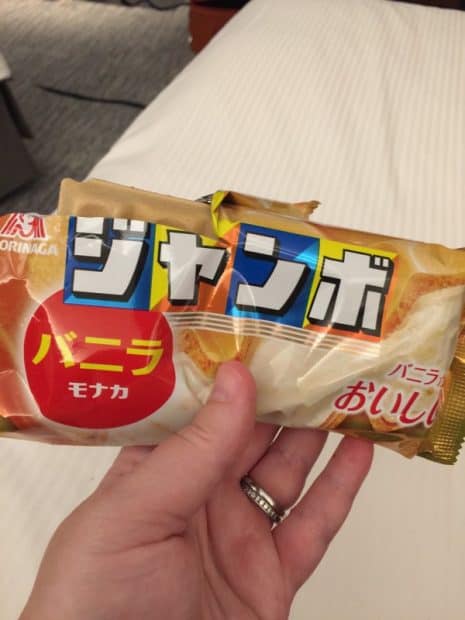 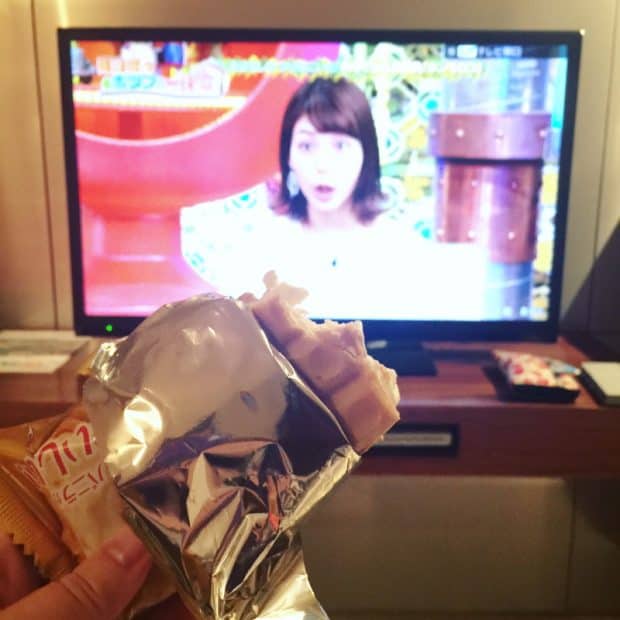 Ummmmm, I ate a lot of ice cream while I was there. I think I only photographed half of it. Lol. 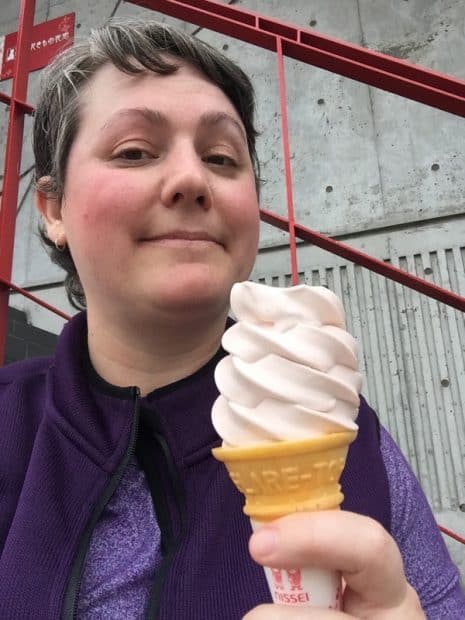 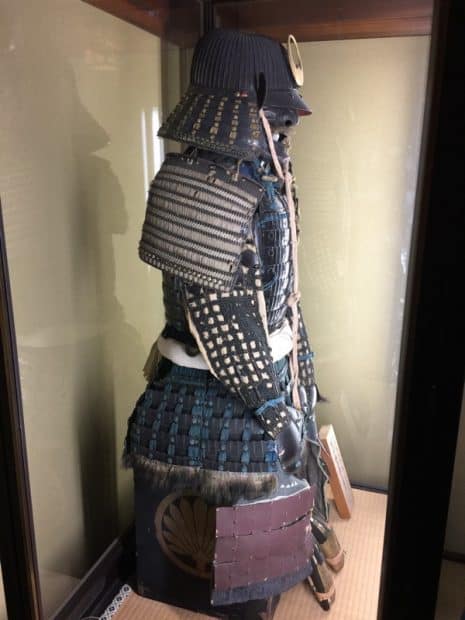 This samurai gear on display at the Nomura Samurai House was really impressive. I wish I had photographed it from the front. 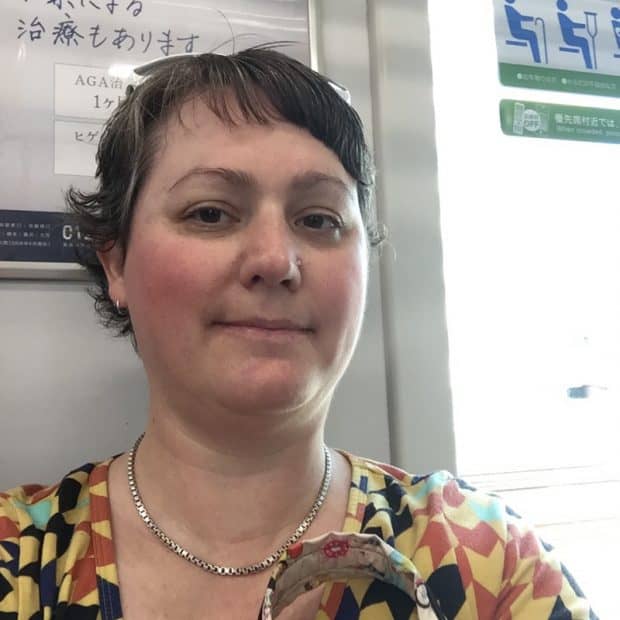 Me on the train to go exploring! This was right around the time I was wishing I had less hair on top of my head. I got it all cut off when I came back home. 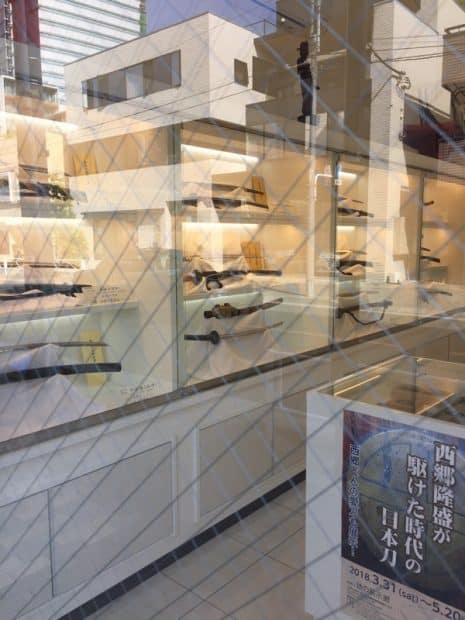 This store that sells katana swords is right around the corner from Ryogoku Kokugikan Sumo Stadium in Tokyo. 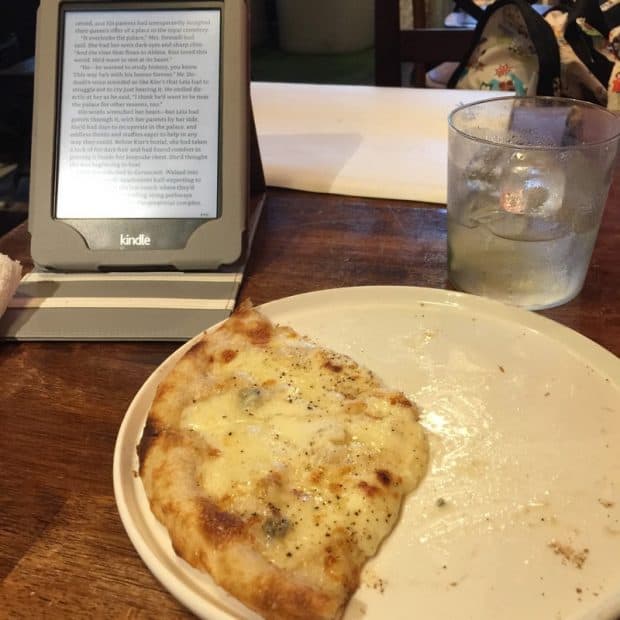 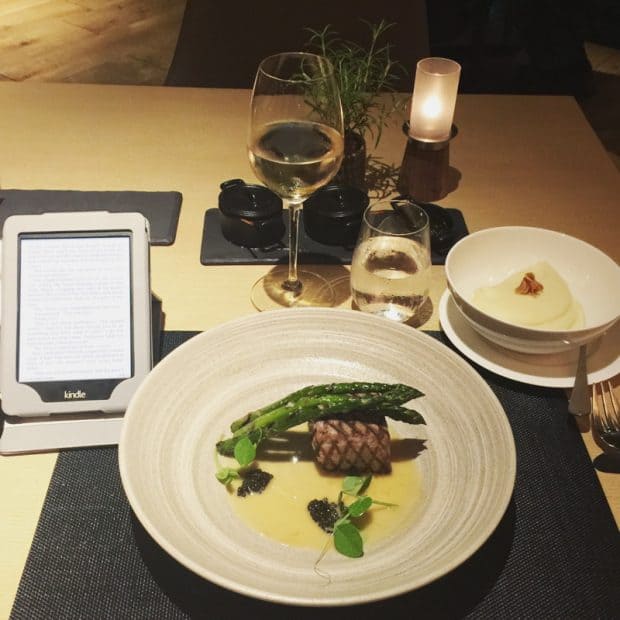 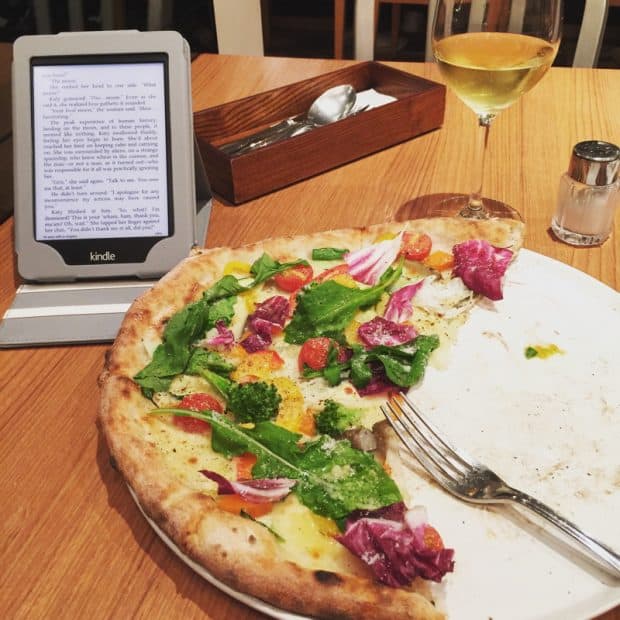 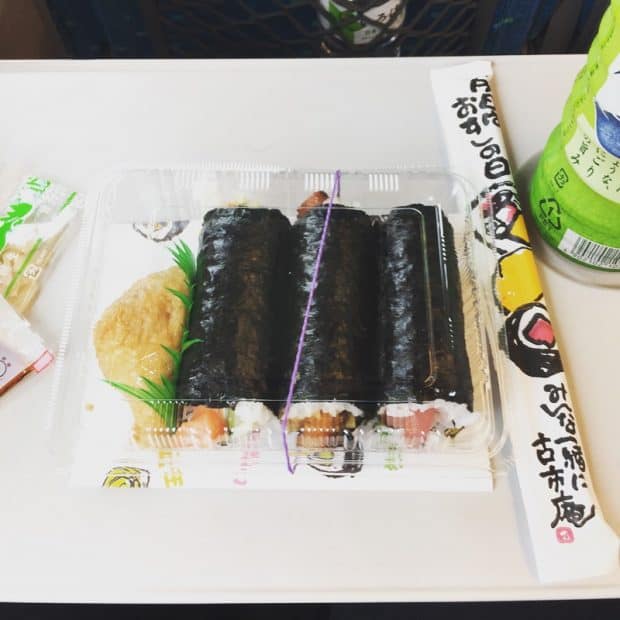 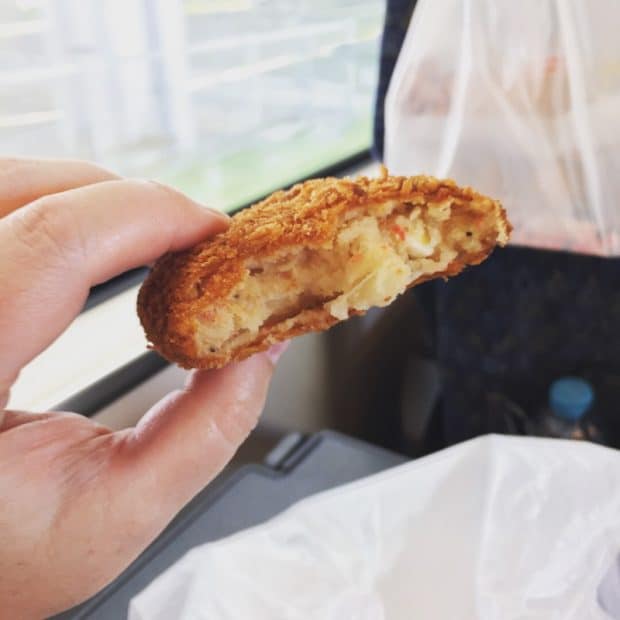 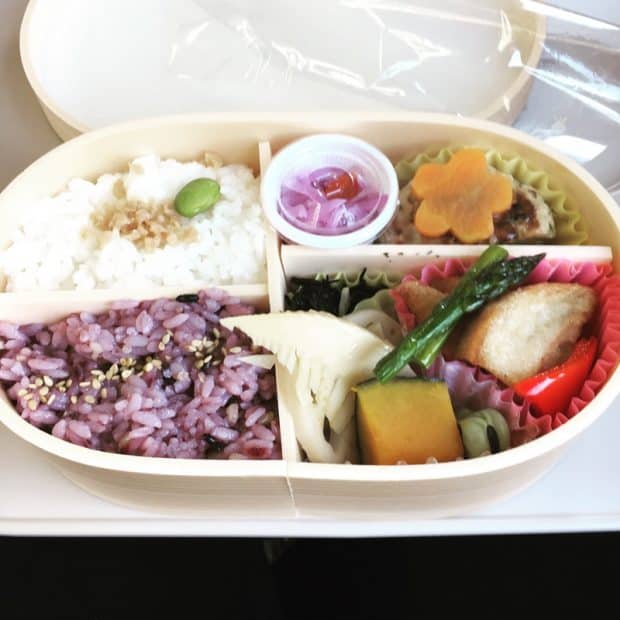 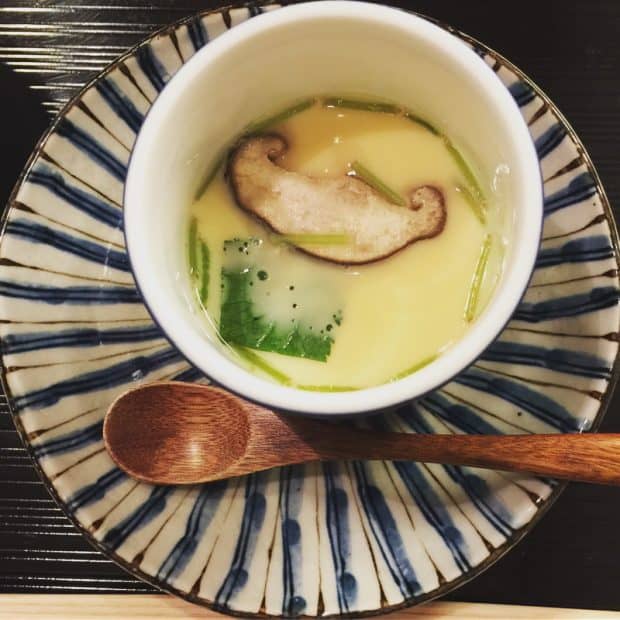 My main goal in Japan was to eat a lot of food, and eat it I did. I tried chawanmushi and takoyaki for the first time. I ate at fancy places and I ate from the conveniences stores. I never went hungry and I ate when I wanted to. Such a big difference from being home. 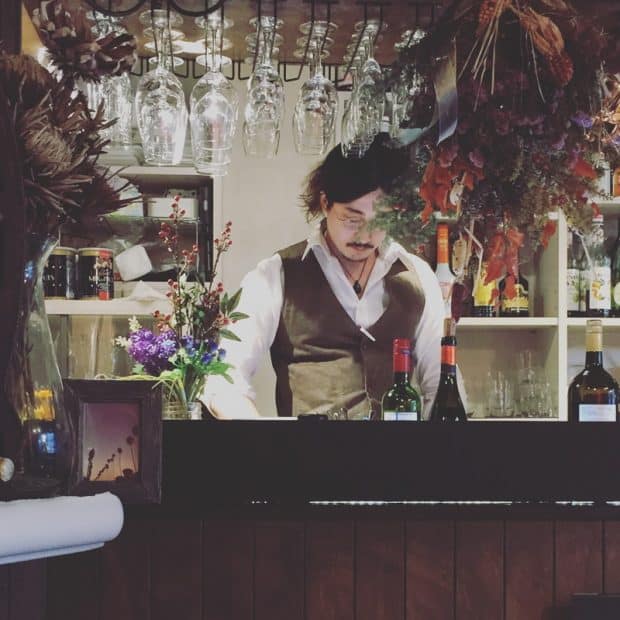 And finally, here is the handsome man who served me pizza and a fine G&T in Kanazawa. When I was done and paid, he saw me all the way to the door and bowed to me as I left to return to my hotel. That is something I miss about Japan, the great customer service.

Today, I'm backing up all the video from Japan on my phone and deleting it to make space. So last night I put together a quick video for you all! I'll be sure to include it in next week's Part 2 as well.