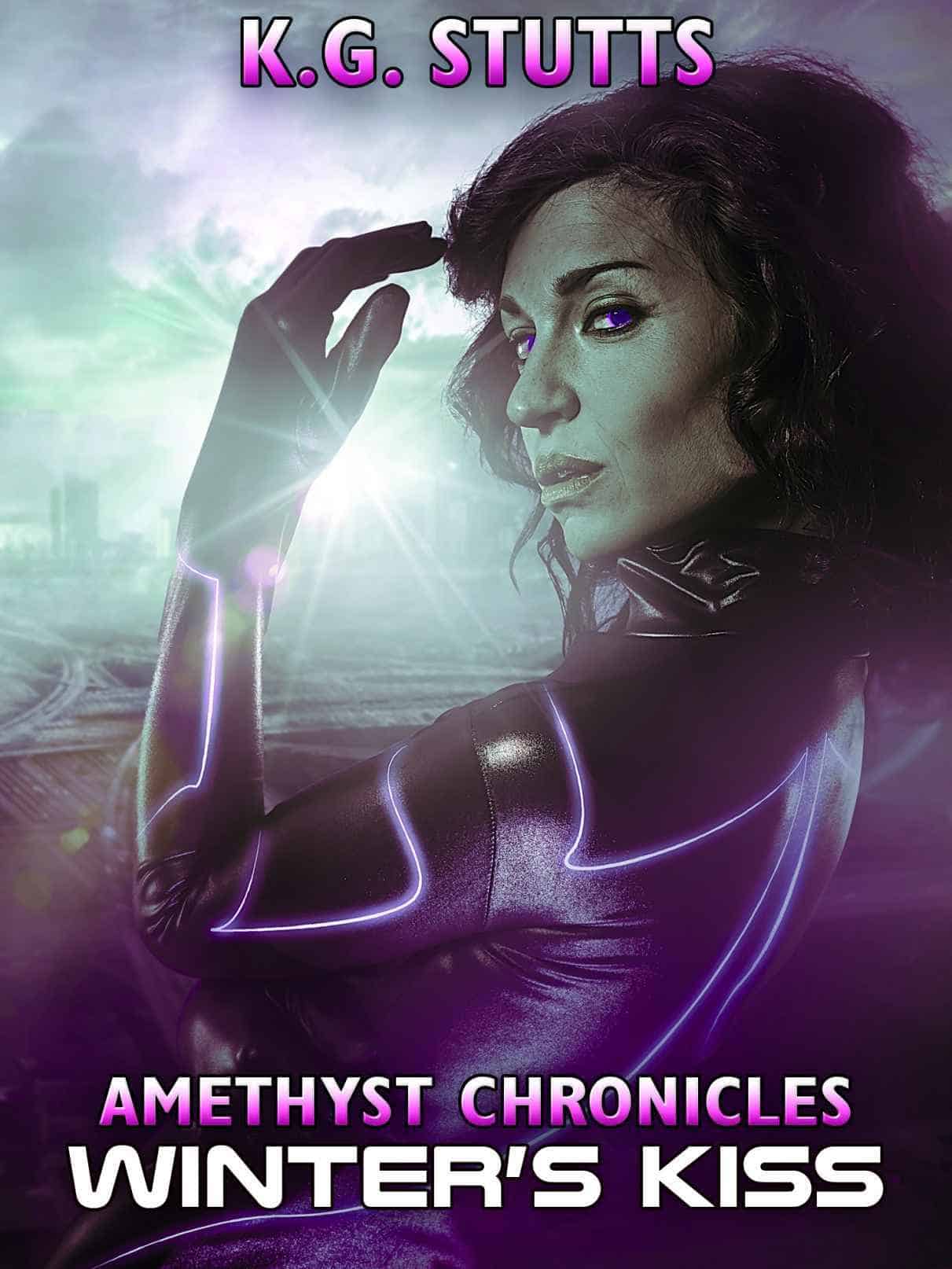 I have a nice group of science fiction romance authors I love to work with, so here's another great author to checkout! Meet K. G. Stutts and her newest book, WINTER'S KISS.

I asked K. G., “What inspired you to write your series?”

I wrote my first series after I kept having a dream about a woman who found out she was a clone. I had to get it out of my head! The second series was inspired after I finished my first series. I wanted to see what the future held for that world. In my vision stood a tall, proud woman with purple eyes and and a fighting spirit.

I love stories about clones! It's one of my sci-fi favorites! 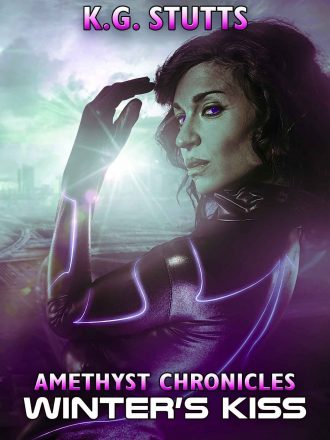 Amethyst is a secret team of genetically enhanced humans which is Earth’s greatest defensive weapon. Leading the team of super soldiers is Ember Wilson, a tough woman with a huge chip on her shoulder. The team gets their name from the after effect of the Genesis Project which turned their eyes and even their blood purple.

For decades, Earth has been ravaged by unpredictable weather which began to cause crops to fail. Most of the planet’s food sources have deteriorated. Dr. Clayton Rudo has proclaimed he has the means to save the soil. He has created a weather machine to regulate and help replenish. But Ember knew the truth. He didn’t want to save the planet. He wanted to control it. Amethyst destroyed the machine, but was placed in stasis. Two years later, Rudo recreated the device and has frozen Washington, DC and the west coast of the United States.

General Tom Blanchard brought Amethyst out of stasis to work with an elite Air Force team, led by Major Liam Ross. Tensions between Ember and Liam rise as they butt heads. Can they work together before Earth is completely under ice?

Want to learn more about K. G. Stutts? You can find her online here…