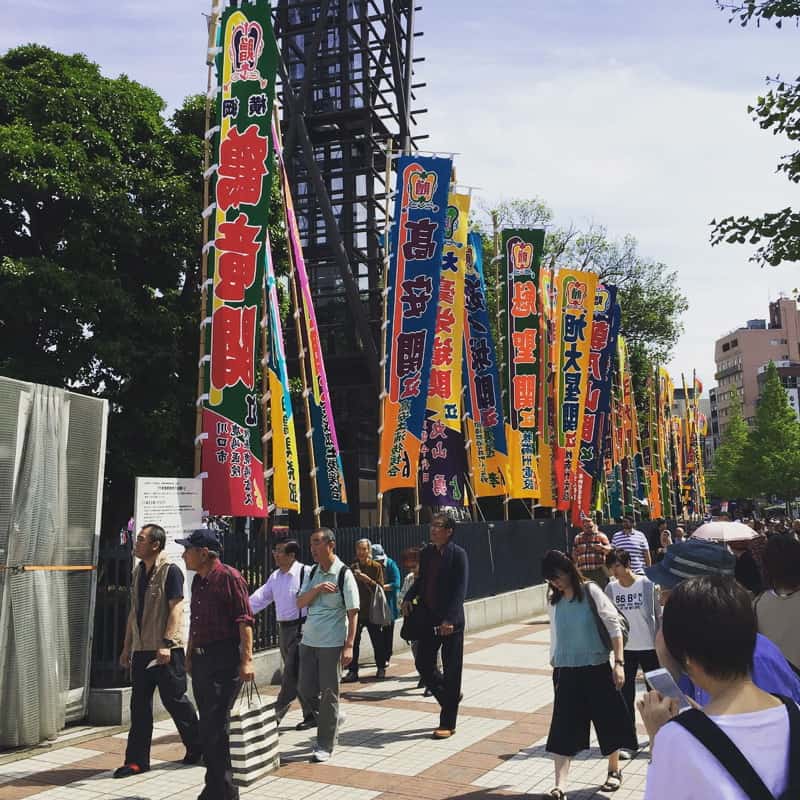 Since the July Sumo tournament is currently under way, I thought today would be a great day to talk about my sumo experience in Japan!

I arrived in Japan in the middle of the May 2018 tournament this time around. Did I have tickets for a day of sumo? No, I did not. Originally, when we had been planning my trip to Japan, I was supposed to go two weeks later which would've put me at the tail-end, if not after, the tournament. When I heard that news, I dismissed any idea of going to a sumo match and prepared planning other things for my trip. Then my husband found a better deal on airfare, and my trip was moved up by two weeks. By this time, though, the tickets were sold out and I knew I wouldn't be able to attend. 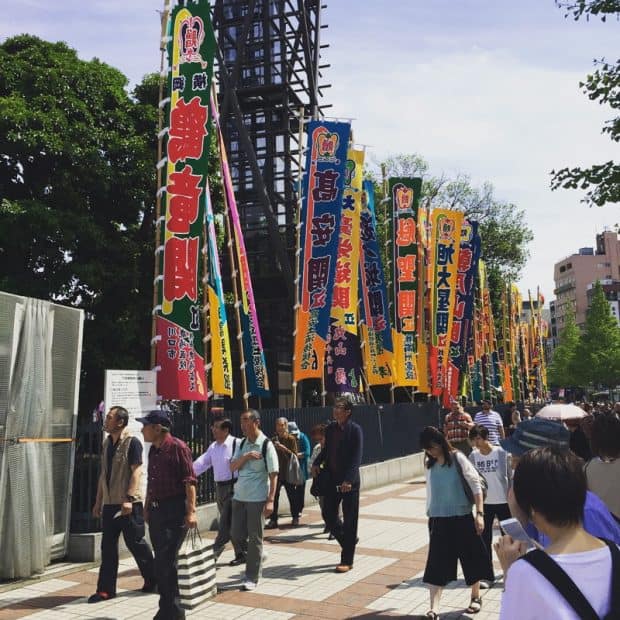 That's okay, though! Because I knew where the tournament would be, and I figured there'd be plenty going on around the stadium that day. I would just go and have some fun soaking in the atmosphere. 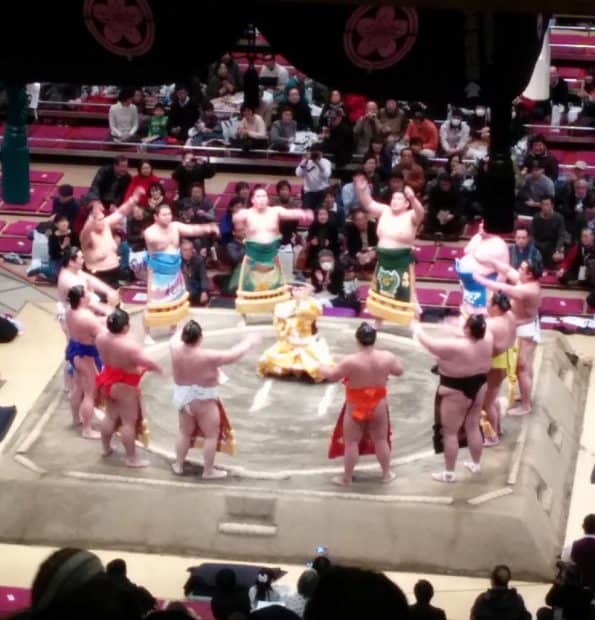 Here's something you should know about me. My husband and I watch every sumo tournament together, and we have been watching for a few years now. There are six tournaments per year on every odd numbered month — January, March, May, July, September, and November. So there's plenty of sumo happening every year. NHK World produces a Sumo Highlights reel for every day of the tournament in English, and these are available on their app, if you're interested. It's gotten to the point where I can recognize sumo wrestlers, name them, talk about their style of sumo, and even have my favorites. I'm a fan, for sure. 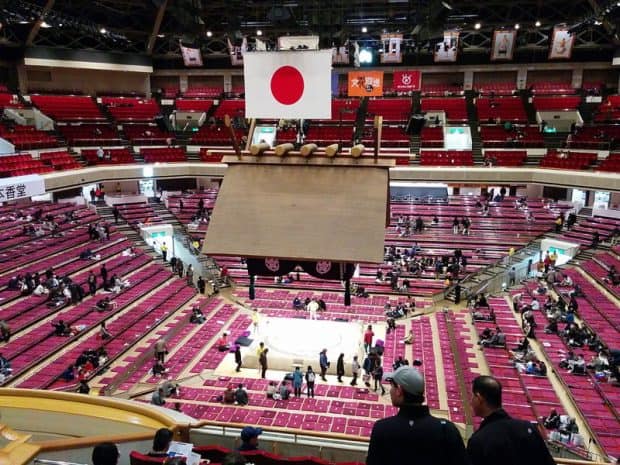 So I arrived at Ryogoku Kokugikan ready to spot sumo wrestlers, and spot them I did. Ryogoku Kokugikan is the main sumo stadium in Tokyo. It's easily accessible by the Tokyo Metro, so I followed the map and signs and arrived at the stadium around 1pm, around the same time wrestlers would be showing up to compete. 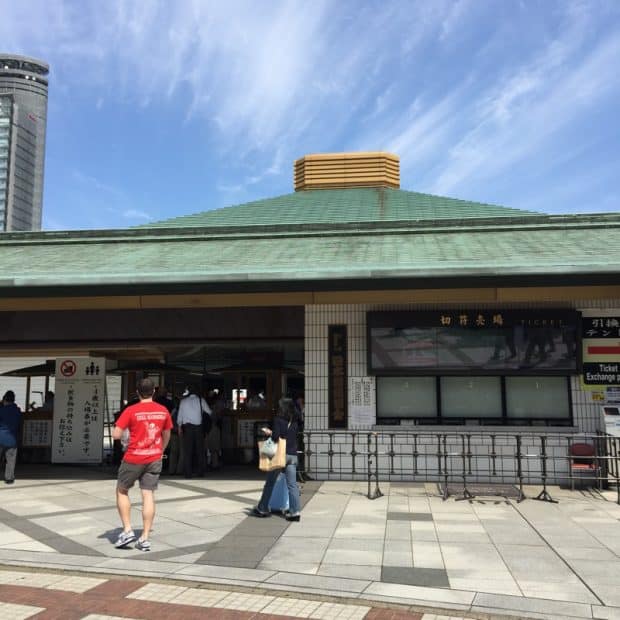 I got lucky. I found the area where people were waiting to see sumo wrestlers, I got in behind a few shorter people (I'm 5'8″), got my iPhone on the Smooth Q gimbal, and started recording. It was really exciting for me! I got to see some of my favorite sumo rikishi (rikishi = wrestler/s) and cheer them on. Plus the crowd was a lot of fun. One guy (you can hear him in the background and see him at around 3:25 in the video below) was already three beers into his day, knew every wrestler by sight, and had something funny to say or a dance to do with every entrance. He was a blast.

After I was done sumo spotting, I walked along the outside of the arena before heading back to the hotel to watch the matches and then out to dinner. 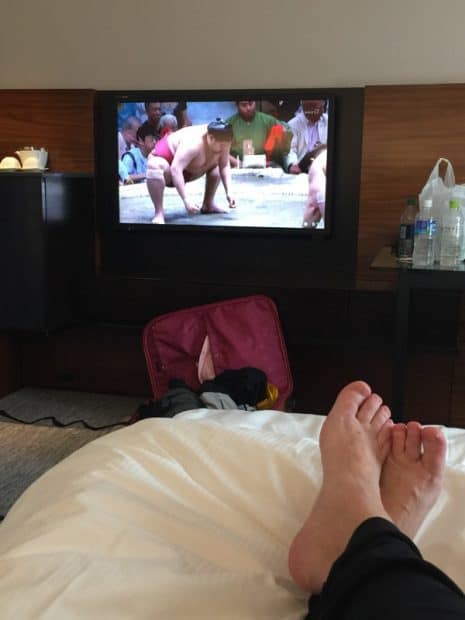 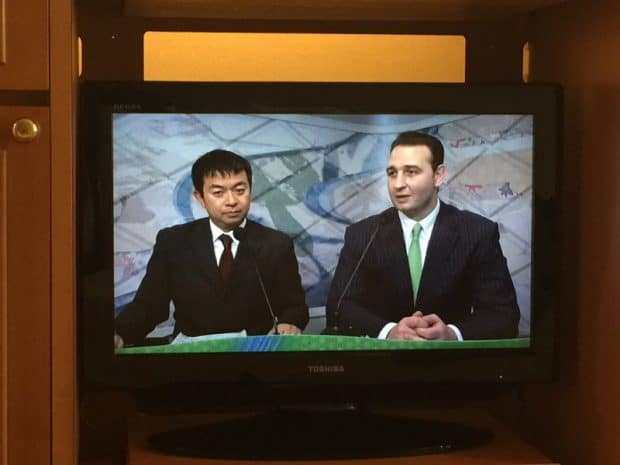 So, if you're ever in Japan and near the stadium for one of the tournaments, I highly recommend dropping by before the matches start and spending some time in the crowds. There's still plenty to see and do, even without tickets. 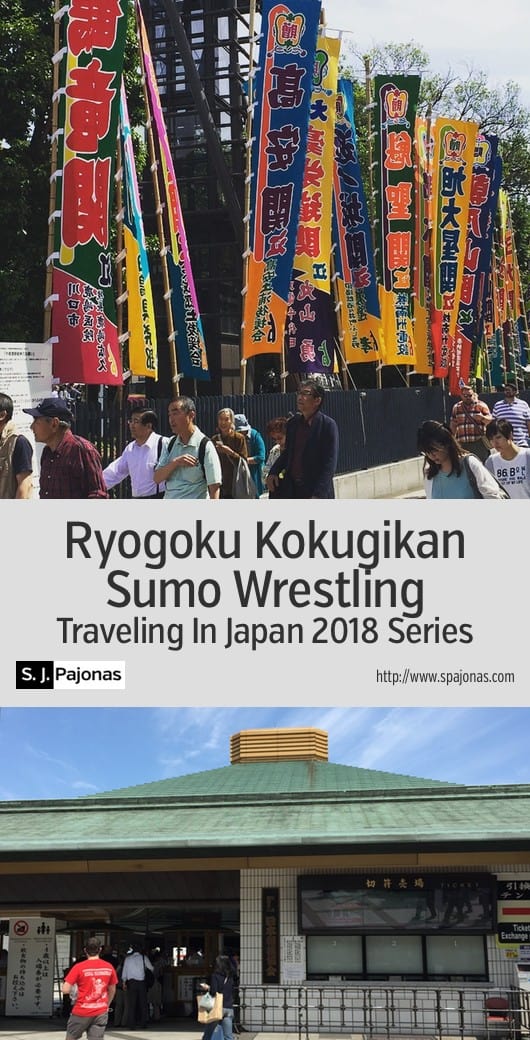