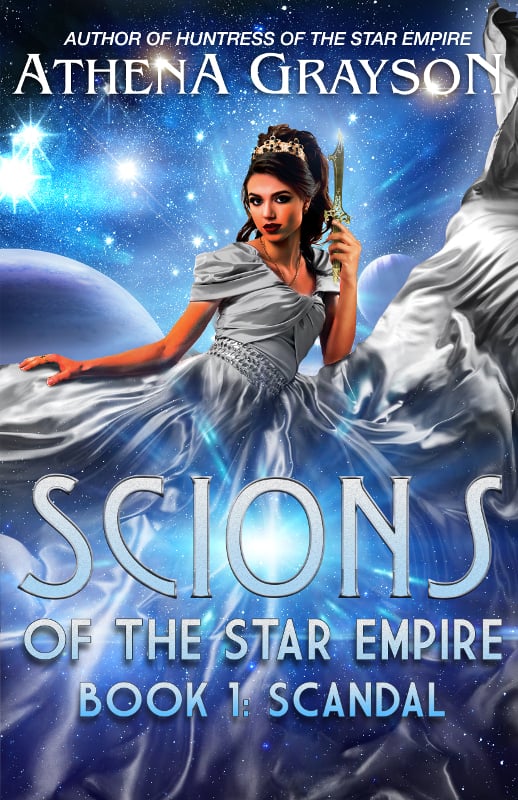 Today, we have Athena Grayson here to talk about SCANDAL: SCIONS OF THE STAR EMPIRE #1. I love Athena's writing! It's sharp and smart, driven by timely what-ifs and contemporary ideas turn into future theories. I love it!

I asked Athena, “What inspired SCANDAL and the SCIONS OF STAR EMPIRE Series?”

One of the most baffling things I find about the world Financial markets is futures trading in the commodities market. In the movie “Trading Places,” Randolph and Mortimer Duke (played by Ralph Bellamy and Don Ameche) explain to Eddie Murphy's Billy Ray Valentine character a simplification of what commodities brokers do, to which Billy Ray replies, “Sounds like y'all are a coupla bookies.”

The original concept for Scions was “Gossip Girl meets Dune.” Social media has become so prevalent in our lives that celebrities live and die on “likes” and “shares.” Yet no one seemed to be accepting “likes and shares” in exchange for coffee or car payments. ;)

Around that time, a social media analytic called “Klout,” that gave you something like a credit score, only for your perceived social media influence, was growing in popularity, and I thought, “If people trade on weird things like ‘pork futures' then they would absolutely trade on something like ‘social influence,' too, and the concept of the SoCap Markets was born. (Sounds like y'all are a coupla bookies).

In the movie, the Duke Brothers engaged in Shenanigans to work the orange juice market in their favor, but the best way to work a market relying on your social status would be to engineer your own scandals.

That's when I knew my main characters, born into privilege in the world of social status and influence, wouldn't just let themselves be molded and shaped by gossip and rumors. Not if they had to then run that world when they came of age. The Scions–Ione, Den, Grassa, Teshi, and their friends and classmates at Landfall's Cultural Academy–can't afford to let their celebrity turn them into empty shells or worse–puppets.

I remember Klout! And I have never understood futures trading either, just like I never understood statistics. I was a whiz at math in high school. I loved geometry and calculus. But I straight-up failed the chapters on statistics. I just never “got it.” Futures trading is similar. I really love this concept for a novel, so I bet the whole series is gonna be awesome! 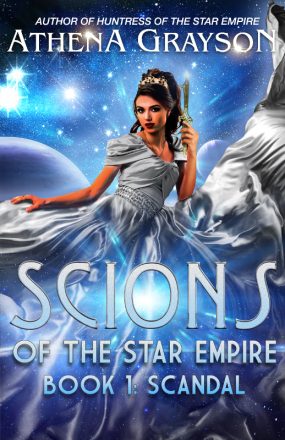 On the surface, princess Ione Ra and her friends seem to have it all. Money, power, fame. But the sons and daughters of the most powerful families on Landfall have nothing but their reputations to call their own.

When the right scandal at the wrong time puts Ione's reputation at risk–along with her freedom–damage control forces her after notorious gossip journalist Jaris Pulne, a thorn in her side since age twelve. For Den Hades, caught up in the scandal with Ione, notoriety is what he desperately needs to escape his father's ambitions, but fame could expose a deadly secret.

But once Ione’s scandal runs afoul of the secrets of the most powerful cabal on Landfall, even her crown can't protect her from the consequences.

Want to learn more about Athena Grayson? You can find her online here…

Do you think social media will become part of the future of commerce?

I've seen some news stories coming out about how China is compiling social media scores for its people. It's some crazy Big Brother stuff! How else do you think social media could influence life and commerce?