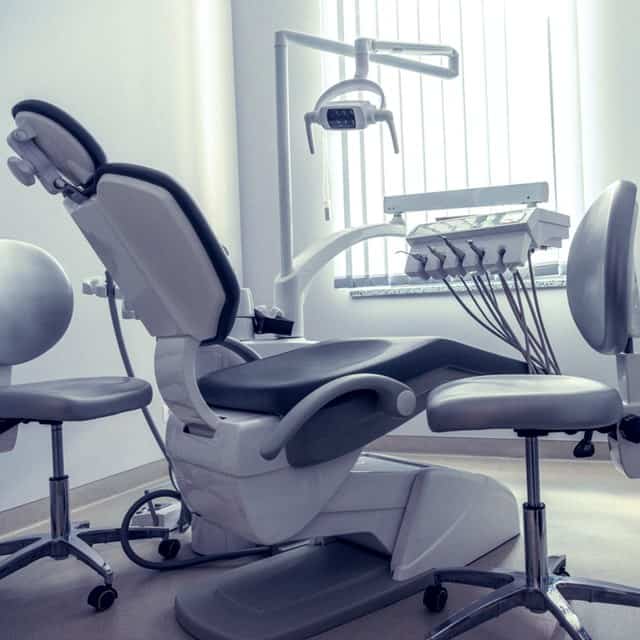 You know what can change your perspective on pretty much anything? A left-handed dental hygienist.

About a year ago, my dentist switched over to some hygienists that he brought from his previous practice, and my new hygienist and I were not a good match. She was a little too rough, and I was in pain for several days after a cleaning with her. So I called my dentist, and I asked him to switch me to the other hygienist for the next visit. And she is left-handed. I remember sitting in her room for the first time, and she moved her chair to the other side of what I was used to, and I audibly gasped. “Are you left-handed? You're my first ever left-handed hygienist!”

Have you ever thought about how that dental chair, the one in the photo attached to this post, is predominantly for right-handed people? My hygienist has to do things differently in order to clean my teeth. The equipment doesn't move to the other side, and there's less room over there for her chair. I have to turn my head to the left, and she's practically on top of me while scraping away in my mouth. It doesn't bother me though because she's one of the best hygienists I've ever had. Gentle yet thorough, and she doesn't try to talk with me the whole time. I like that.

But as I sat there in the chair this week, I daydreamed and thought for a long time about how dissimilar her training may have been to what other right-handed people experience. How many left-handed hygienists are there? Was it remarked upon every single time she was in class? Does she hate the fact that there are no chairs for left-handed people or has she just accepted it?

It was a change in perspective for me, one that has me considering how these subtle differences can influence a character in fiction, not just in real life.

Some times a change in perspective can also change your whole life. Take, for example, Paul Simon. Recently, my husband and I watched a show about Paul Simon's Graceland. Before he wrote and produced Graceland, he was feeling pretty tired and depressed. He had put out Hearts and Bones, and he worried it wasn't his best work. Then he heard some African beats playing somewhere and was inspired. He felt moved, like they were calling to him. So he traveled to South Africa, he met local musicians and played with them, he took the time to really listen and let the music speak to him. But it wasn't going to be easy to use that music in his own way. No one really believed in him but a few people.

Now we all know Graceland was a huge hit, but he didn't know that at the time. His producer remembered sitting down at Warner Music and playing the album for them and thinking, “These people are not going to get this.” It took them awhile to believe in Paul, and I bet now they're glad they did.

Paul Simon went through that whole album mostly alone. He was taking a chance. Saying “screw you” to standards and current trends. He produced that whole album all the way to the end before he showed it to the powers that be. That takes great guts, great courage.

His change in perspective, going to Africa and experiencing something new, changed everything.

This week, inspired by Paul Simon and my left-handed hygienist, I decided to change things a little. The Miso Cozy Mysteries novella I'm writing for the DESTINATION: MURDER box set is told from Mei's point-of-view, but with a different town and different people in her orbit, it's totally changed her perspective and mine too. The whole scene has become more light-hearted and free, and suddenly the sense of adventure has doubled and the humor is off-the-charts! Just this little change has really re-energized me. I'm enjoying writing it, and I think you all will love it too.

I need to remember that sometimes time and a change in perspective can not just inspire us but also be life-altering. That great experiences and opportunities can be right around the corner, as long as you follow your heart and keep your options open.