Featuring THE PRIESTESS AND THE DRAGON By Nicolette Andrews - S. J. Pajonas

Featuring THE PRIESTESS AND THE DRAGON By Nicolette Andrews 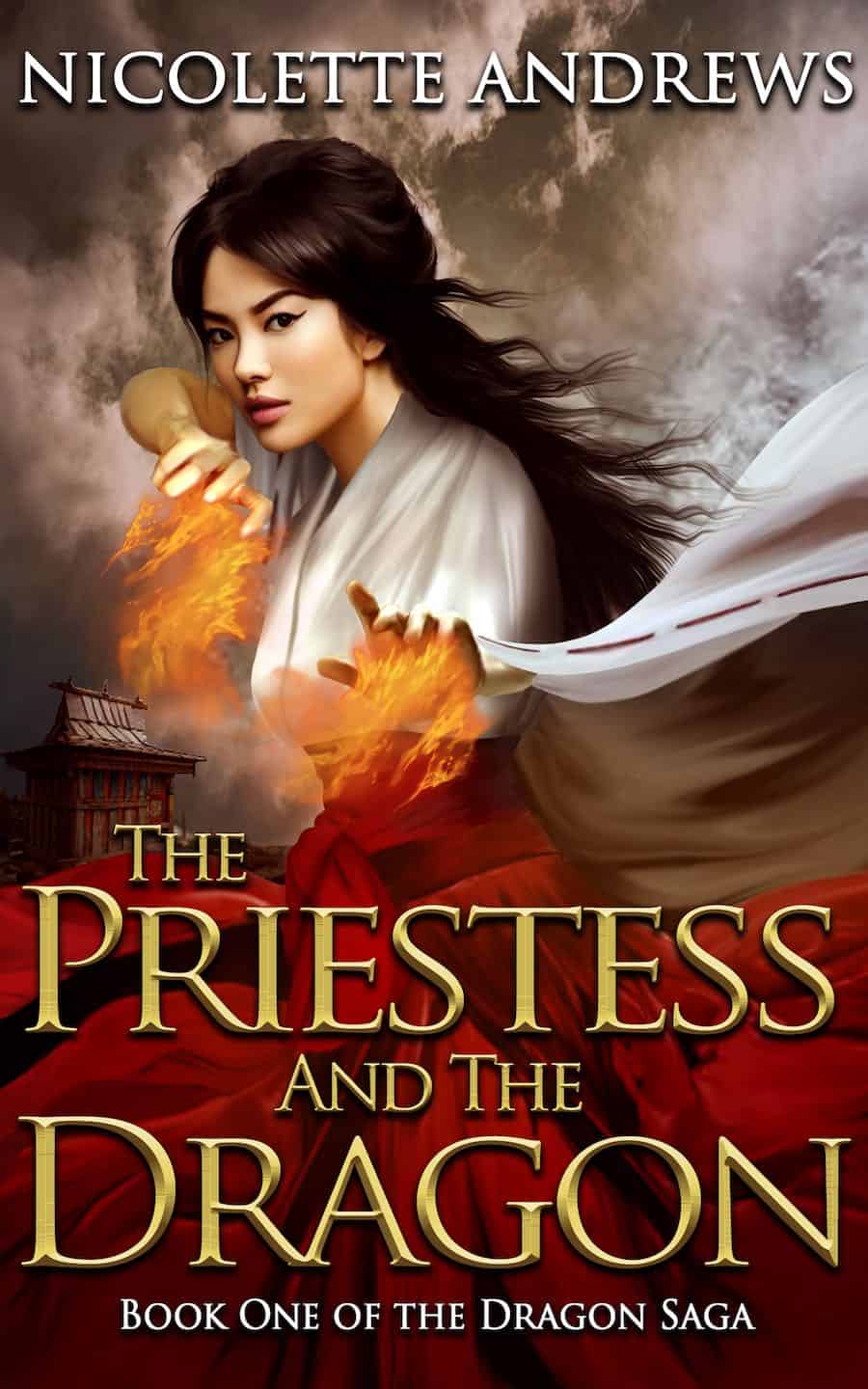 I love featuring authors I know on the blog! Today, Nicolette Andrews is here to talk about her Japan-inspired Fantasy, THE PRIESTESS AND THE DRAGON.

I asked Nicolette, “Why did you write THE PRIESTESS AND THE DRAGON?”

I started writing The Priestess and the Dragon for fun. I’ve always been a bit of an anime/manga nerd and I really wanted to write something that was inspired by my favorite anime tropes. I posted it to a website called Wattpad and it found a decent audience who were just as excited as me about the story and it really fueled me to keep going, when I might have otherwise forgotten about it after a couple chapters. The more I wrote, the more I wanted to learn about Japanese Mythology and Japanese history and I ended up doing a ton of research on both subjects. I own so many reference books on Japanese mythology, religion and history, I could fill a whole book case at this point HaHa. I guess you could say I’ve just fallen even more in love with the Japanese culture as a result of this book.

That’s so awesome, Nicolette! You should see my Japan-related bookshelves. They are packed to the brim! Lol. I bet we’d have quite the collection if you combined them. :) 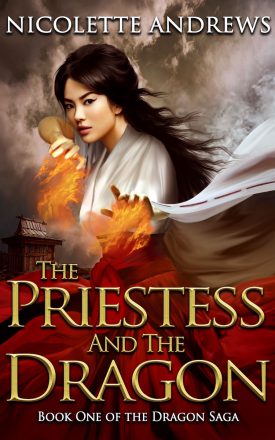 When she catches fire she doesn’t burn.

Suzume’s life only gets worse from there. Not only is she turning into a living inferno but she also has an arrogant dragon to contend with. Sparks fly—literally— as the two of them are forced to work together. She wants nothing to do with the dragon or magic. But when an ancient evil is freed, she and the dragon are the only ones who can stop it. Now they must learn to work together to save the world, if they don’t kill each other first.

Want to learn more about Nicolette Andrews? You can find her online here…

A fantasy world based on Japanese mythology sounds really cool! What do you think?