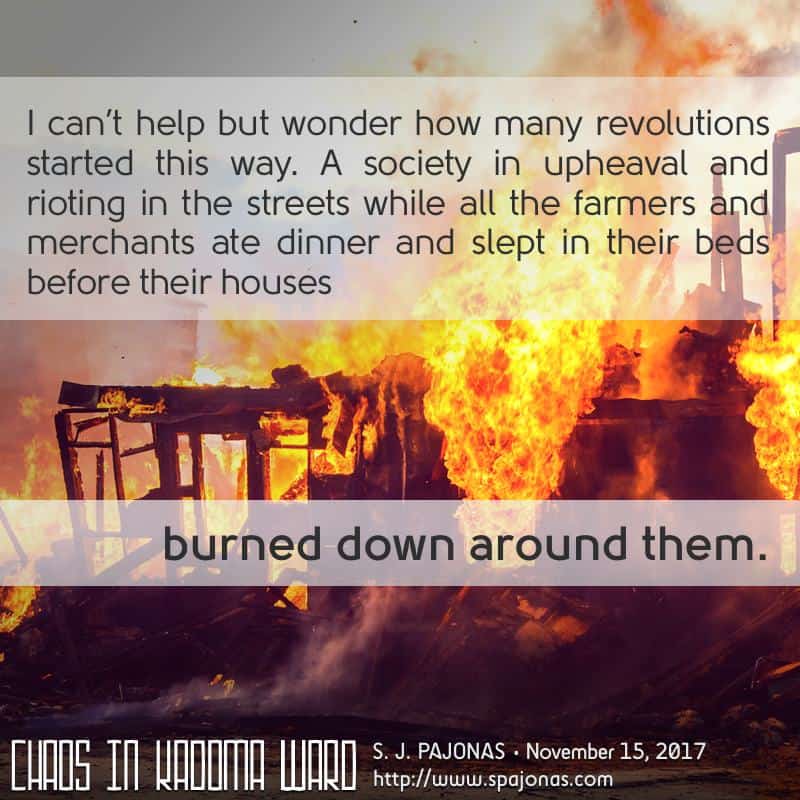 It's time for another Teaser Tuesday for CHAOS IN KADOMA WARD!

In CRASH LAND ON KURAI, Yumi gets a good taste of the strained relations between the corporations on Hikari. Not only did they shoot her ship down, causing them to crash land on Kurai, but they also fought hard amongst each other to gather up the stranded strangers and turn them into a free workforce of their own.

So it's natural that Yumi lands on Hikari in CHAOS IN KADOMA WARD and is met with strife. Not only does she have to figure out how to fit in, but she's witnessing the swift degradation of a society that has had ENOUGH. They've been through it all in the last hundred years, and they're at their breaking point.

But what can Yumi do? Though Rin is successful in his job, they're both far down the totem pole of influence. The best they can do is hope for the best and prepare for the worst. 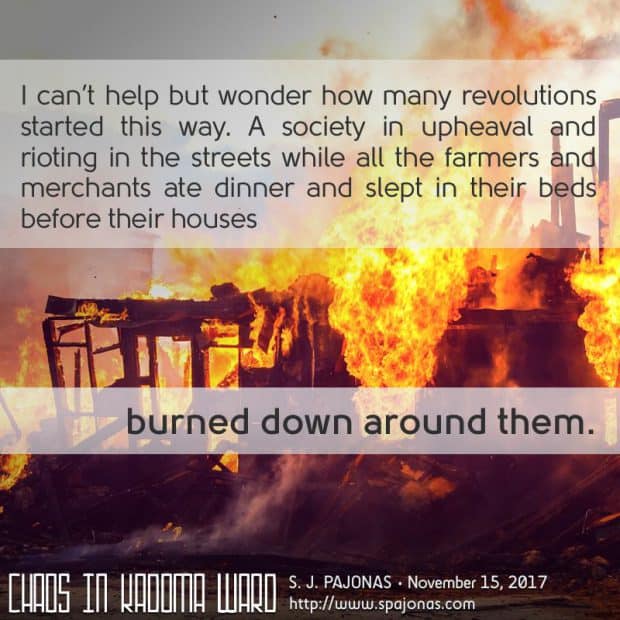 View the cover, blurb, read an excerpt, and purchase CHAOS IN KADOMA WARD via my website…

This novel will be available on November 15, 2017, TOMORROW, on Amazon.com and in Kindle Unlimited.