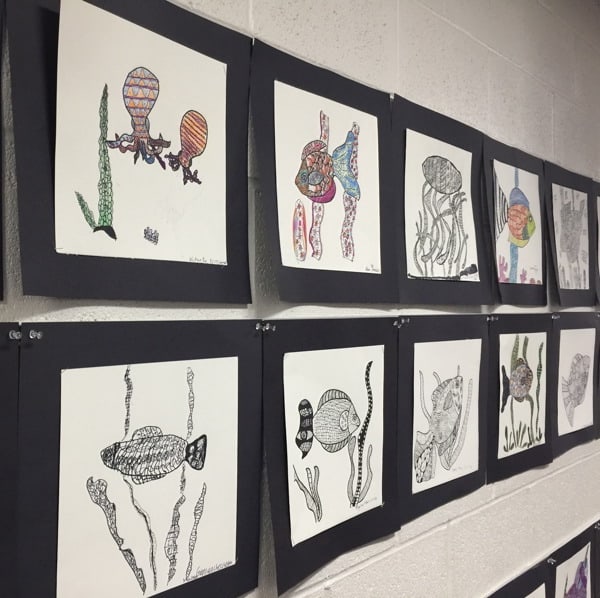 I'm going to pants my way through this update because I seem to have a virus that's knocked me down for the count. I felt it coming on on Friday, and today, I'm finally spiking a fever. I'm shaky and feeling gross. Blah. Sucks.

The week did not go well. Monday went okay. I was a little slow but I got the work done I needed to do.

On Tuesday, I decided to take my oldest to the walk-in hours at her pediatrician. She had been coughing for almost 4 weeks, and though I didn't think it was ever serious because she never had a fever, I figured 4 weeks was kinda long, and I should do my motherly duty and have her checked up on by a professional. Of course, they said, “It's nothing. Tough it out.” So I drove her back to our hometown, dropped her off at school, and came home. Where I found a voicemail from the school nurse about my youngest not feeling well. Ugh. She was sent back to class but then came back to the nurse later, and they insisted I come get her. Great. Of course, there was nothing wrong with this child either. She just wanted a day off. Fine. There goes my Tuesday.

Wednesday was crap too, unfortunately. Someone decided to pick a fight with me online and it basically ruined my entire day. Thanks for that. Thursday, though, made up for Wednesday because I spent the day at Panera with my buddy, Amy, and I managed to get in a nap in the afternoon. Then we had Art Night at the school which was fun.

But the nap should've been my clue that things were not going well with my body.

Friday, it rained ALL DAY. I think we got an inch and a half of rain! I didn't want to go out in it because I wasn't feeling 100% (I had a mounting headache) but I did, too many times. I went out to the gym to lift weights and to Whole Foods to go grocery shopping. By this time, my headache was killing me but I thought it would get better if I drank more water. Nope. I went out again to get the kids from school in the rain at 12:30 because they had a half day, hosted a play date, back out into the rain again to drop everyone off and pick up my other kid. Then back out into the rain again to take my kid to gymnastics. By the time I got home, my headache was so bad I was nauseous and couldn't eat dinner. I went to bed at 9:30pm which is unheard of. I took ibuprofen and a full dose of Benadryl and hoped for the best.

Yesterday it was plain as day that I was coming down with something. I passed out in bed for an hour in the middle of the day and woke up disoriented (never happens to me unless I'm sick). So I took it easy with only a small, slow walk on the treadmill.

Today, I have a fever, so I'm going to read on the couch, and maybe write later if I feel up to it. 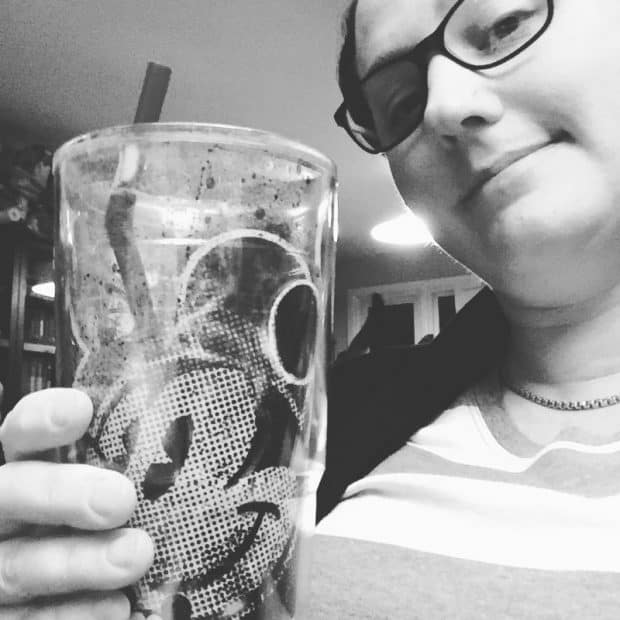 The week started off well on Sunday. 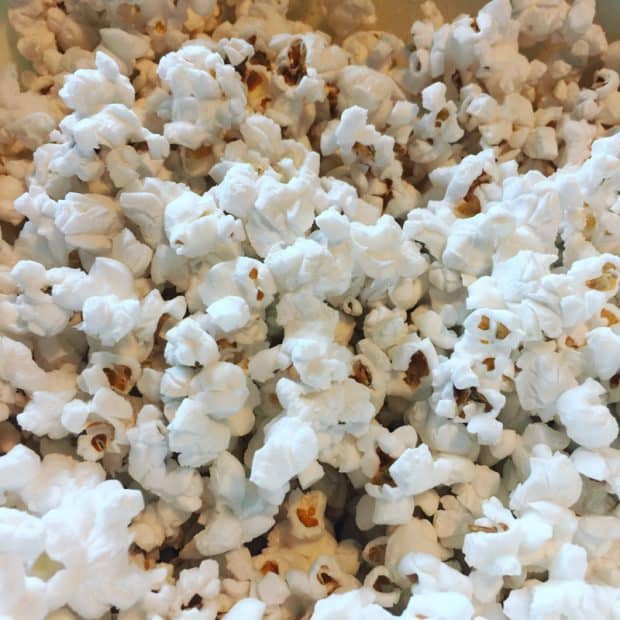 Popcorn is my favorite snack. 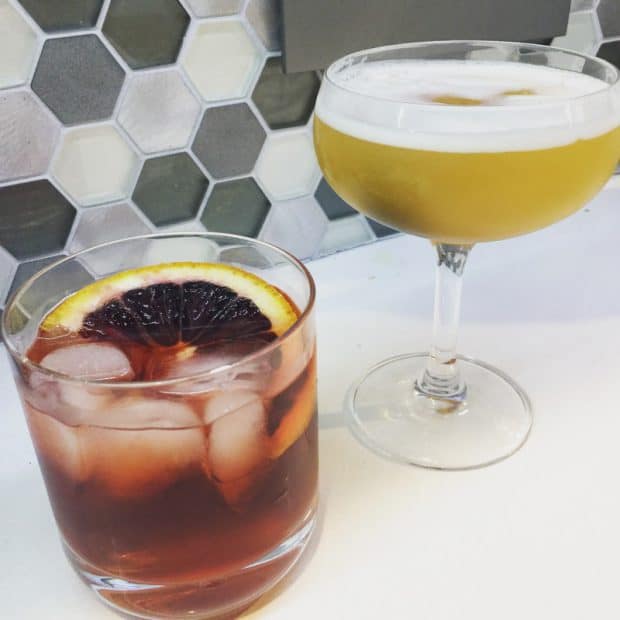 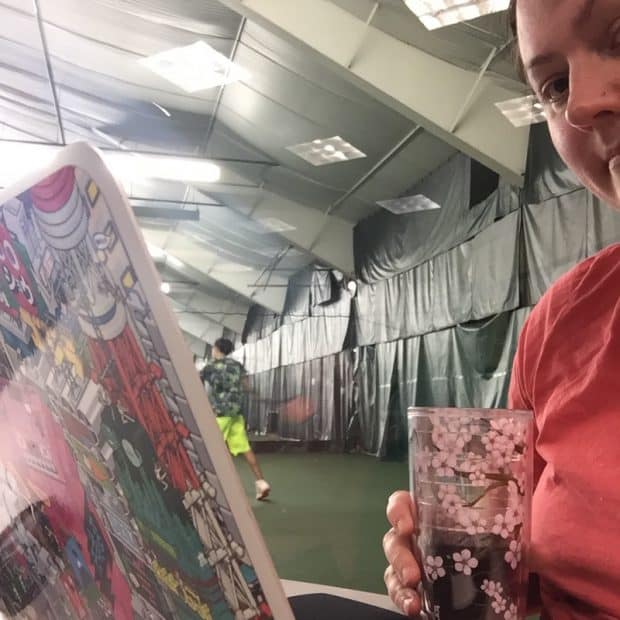 Got writing done at the tennis club. 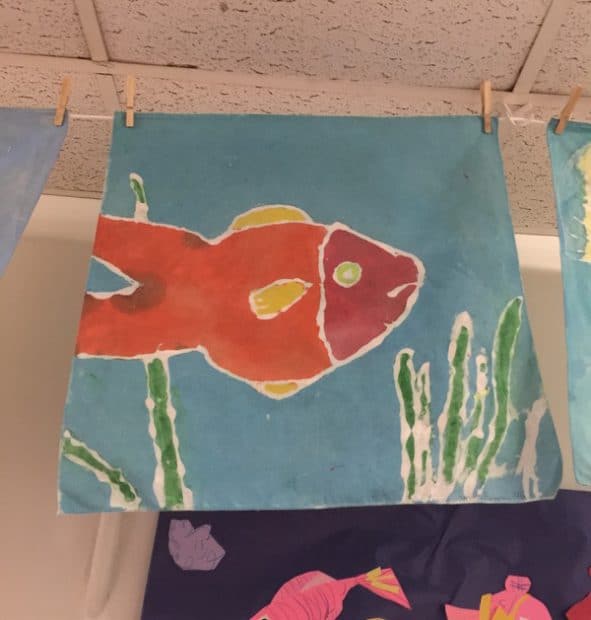 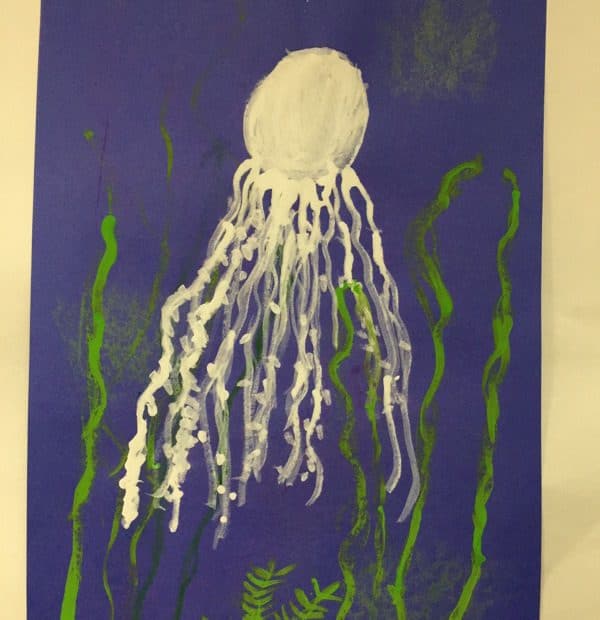 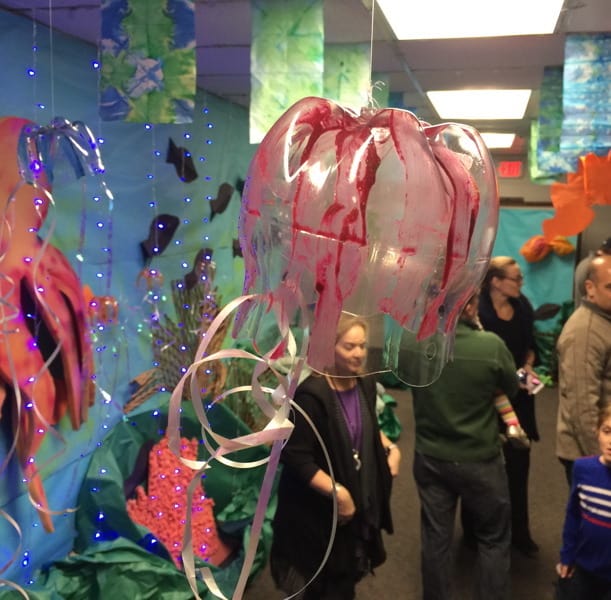 A selection of art from the Art Night at school. 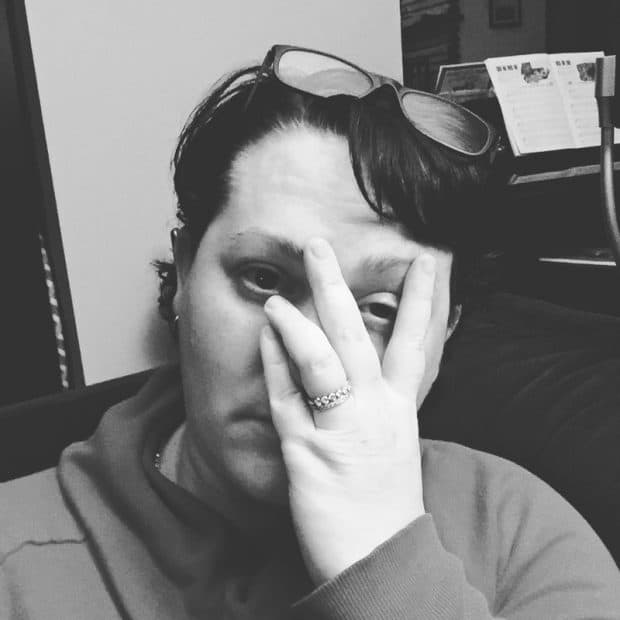 This is when things went downhill on Friday. 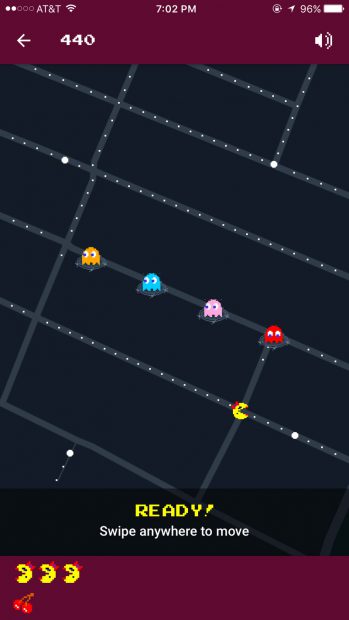 Hopefully you saw the Google Maps prank yesterday. It was cute! 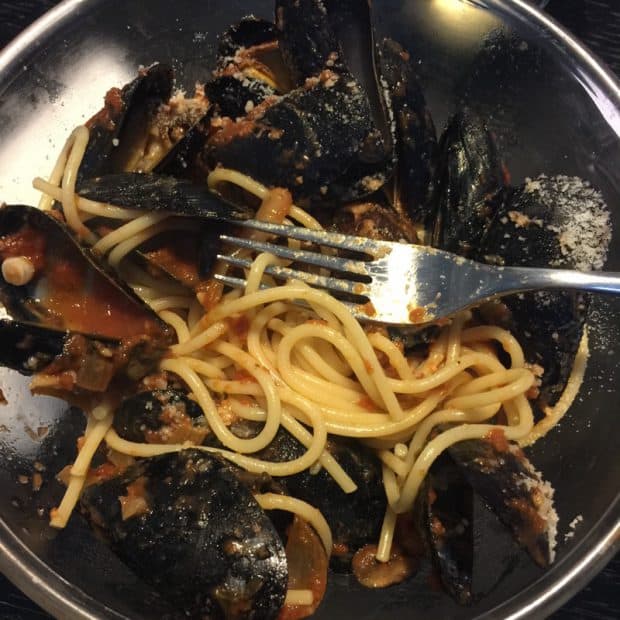 And I finished off the week with mussels marinara.

I have no idea what to expect this week, so hopefully I'll see you around here or elsewhere soon!