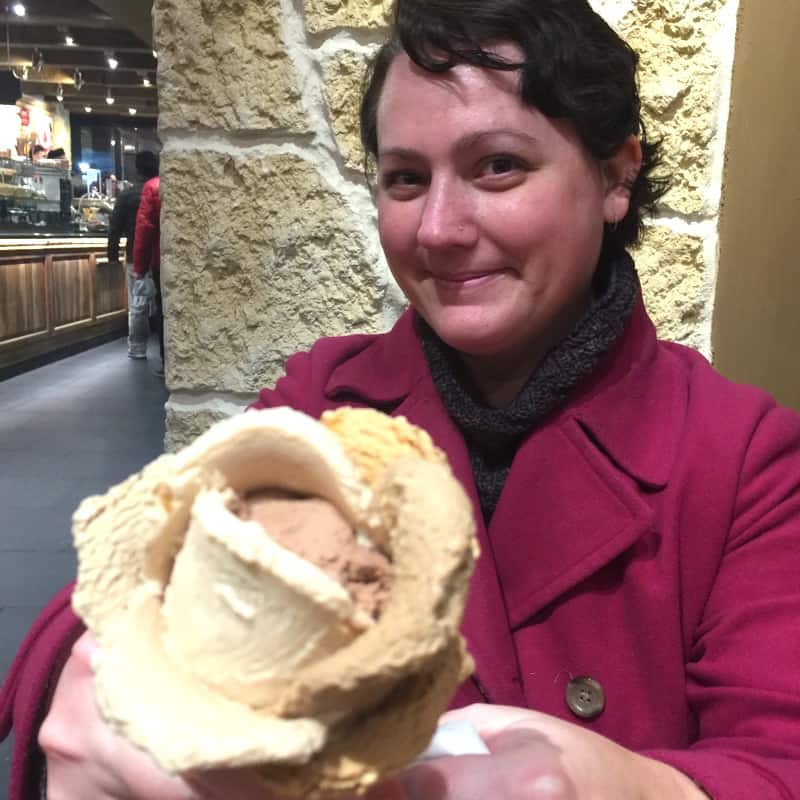 Why are all the weeks just rushing by? I wish I could slow down time. I feel like one of these days I'm going to wake up and I'll be 70 years old and I won't be able to remember anything that happened.

Monday, my kids had the day off from school for MLK Day. We spent the day cleaning, believe it or not. I had both of them clean out their closets and organize their rooms while I cleaned up the rest of the house and some of the basement too. Then I walked 2 miles. Hoo boy, did I need a shower after that!

Tuesday, I had the house to myself, so I made oatmeal in the morning and did two sessions of walking and working on the treadmill. I wrote the bare bones of an opening scene for another new series, but I decided that, even though I'm excited about it, I need to put it on the back burner until summer. What I need to do is keep working on the two series that I planned to publish this year, Miso Cozy and Hikoboshi. Once those are “in the can” (I can't stop thinking about publishing in either movie or website terms), I can play around with something new. I'm hoping I can get my four books written by summer, so I can play around then.

Wednesday was my birthday! I turned 41 years old and it was a pretty good day. Nothing bad happened, which was nice (I don't usually have such luck). I left the house in the late morning to go to the gym when my cleaning ladies came. I usually like to fly under the radar for my birthday, but the gym computer announced to everyone it was my birthday when I scanned in! Lol. Truly embarrassing. We ordered fish tacos for dinner and had cupcakes for dessert. A nice way to celebrate my birthday.

Thursday, I got back to work. I walked in the morning. Then I finished up reformatting the Miso Cozy series with Vellum and uploaded all the files. I opened THE DAYDREAMER DETECTIVE OPENS A TEA SHOP and started on copy editing. Then my whole day went down the tubes when I decided to import new Instafreebie people into MailerLite. This requires a new paragraph…

So I had decided months ago that I was going to switch from MailChimp to MailerLite in order to save myself some money. I knew MailerLite had fewer features and was relatively new, but I was willing to endure a few losses in order to save cash every month. Then the problems started. Briefly, they screwed up a lot of things including sending out emails with broken images, sending emails to people who had unsubscribed, etc. It got to the point that every time I sent an email or did a big import, I was sweating and my anxiety was off the charts OVER AN EMAIL NEWSLETTER. It was too much and I was regretting making the switch. Then MailerLite introduced new Automation workflows which looked cool, but became less and less so the more that I played with them. I couldn't see who was in the queue of each step of the workflow, and I couldn't add the workflow to a current list that already had their old autoresponders going. And I couldn't add old autoresponders anymore either. I had a huge discussion with their tech support over it and they just kept shrugging their shoulders and saying sorry. I would have to recreate everything and put it on a new list. That was the last straw for me. I then spent all of Thursday and Friday moving back to MailChimp. I'd much rather pay more for reliability than deal with more of MailerLite's growing pains. Once I made the switch a lot of my anxiety disappeared, and I felt like the elephant that had been sitting on my chest got up and walked away.

I'm monitoring my unsubscribes on MailerLite and when they come in, I'm unsubscribing them on MailChimp. Then before I send out my next email, I'll upload a suppression list of everyone who has unsubscribed to MailChimp and delete my lists from MailerLite. This was a big deal for me. I effectively abandoned people who were in my automation sequence on MailerLite. Those were all people who were getting to know me and my work and buying more books. It means the possibility of lost income. But I can't maintain two lists. It's too much work. Another lesson learned.

I looked back on last year and I realized that I was also struggling in January of last year with Kindle Unlimited. What will it be next year?

Anyway, moving on. On Saturday, I worked in the morning, took an Uber into Manhattan and met up with Heidi Tretheway and Diana Peterfreund. This was my first time meeting Diana in the flesh and it was so nice to spend time with both of them. It was funny (and we actually laughed over this) because Diana and I have had rocky times in the past where we argued over everything, but I've shifted my attitude in the last year and now we're much closer. Probably because I'm much happier now to just do my own thing or sit and listen to other people's opinions. The depression I went through last year and the struggles I've had with my career really changed me. So if someone tells you people can't change, they're wrong. I certainly have. Diana, Heidi, and I went shopping up by Central Park, went out for ramen for dinner, and then out for drinks and finished up with gelato. It was a fantastic evening! 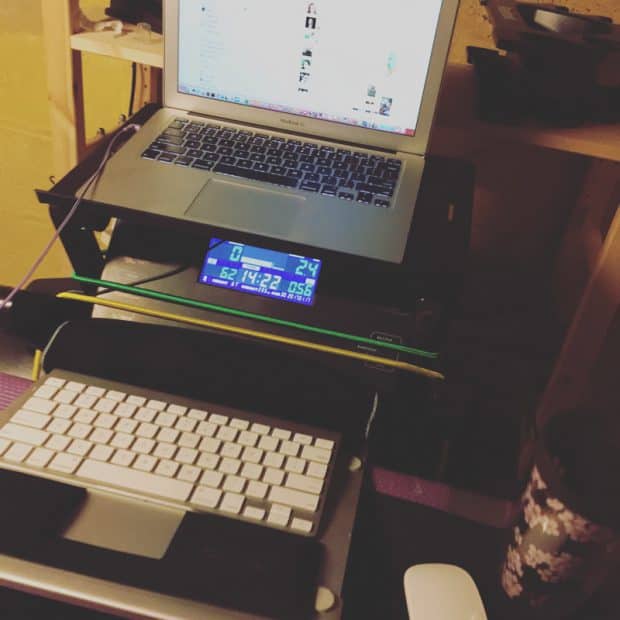 Working and walking is my thing. 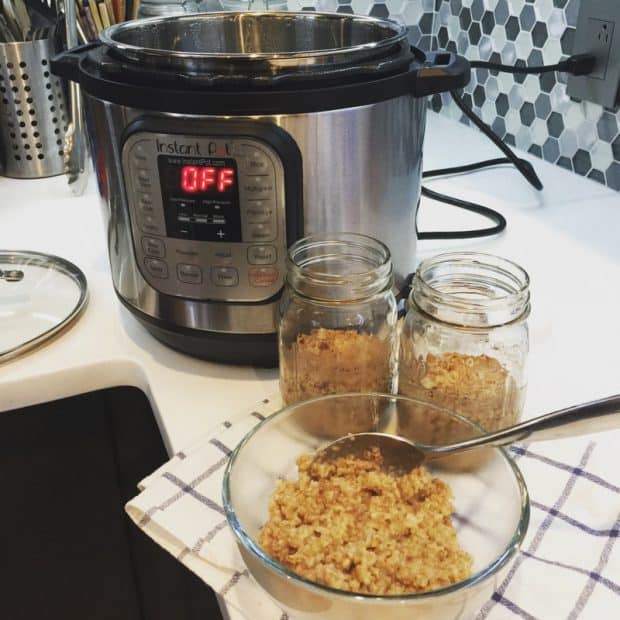 Making oatmeal for the week in my Instant Pot! 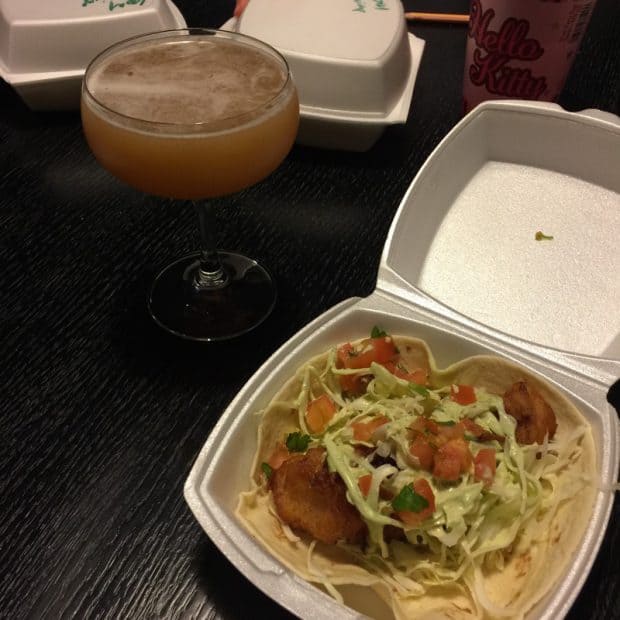 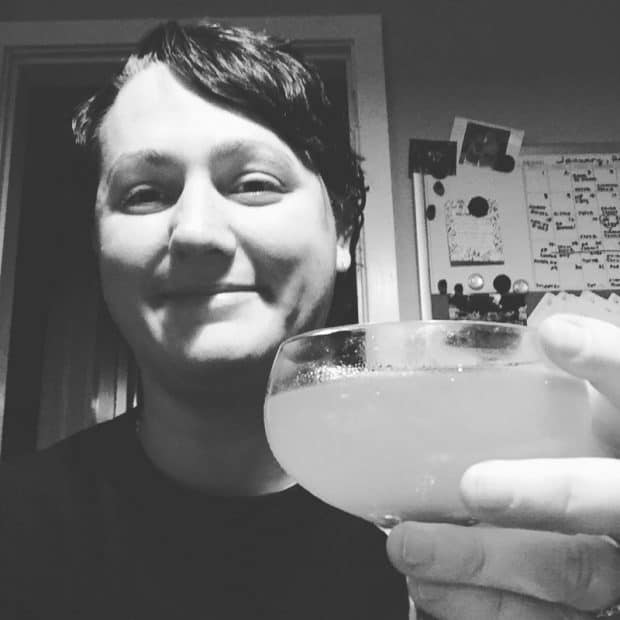 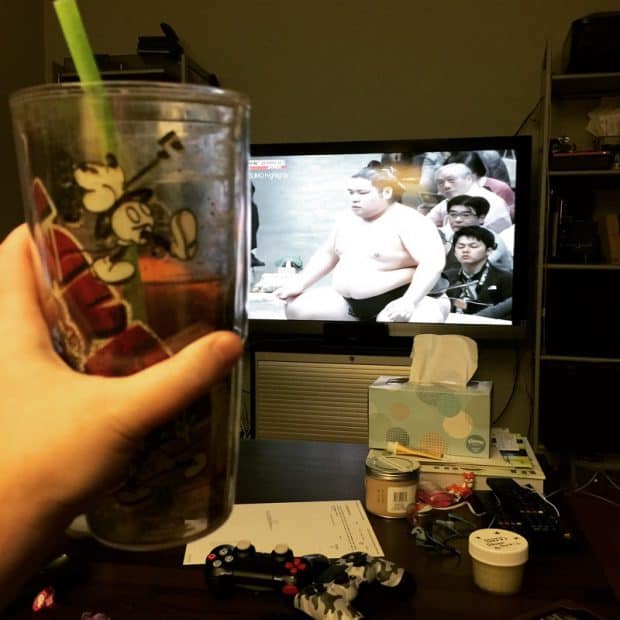 After dealing with the MailerLite fiasco, I needed a giant drink and some sumo. 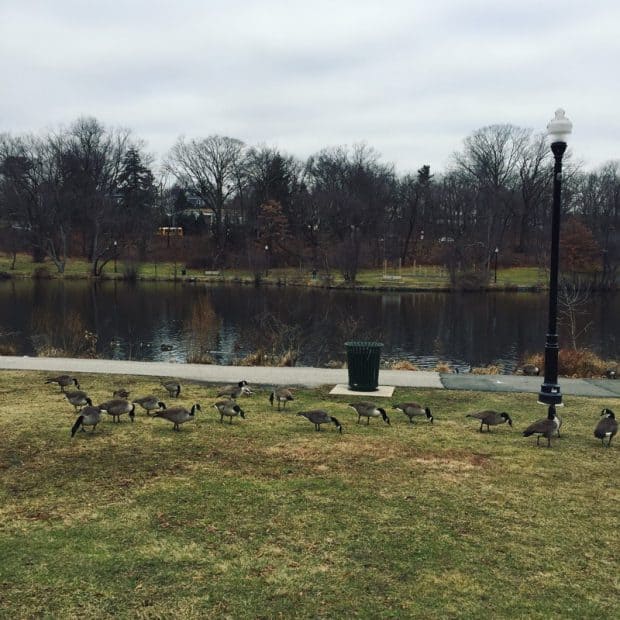 My outdoor walks have been gloomy but the geese have stuck around for the winter. 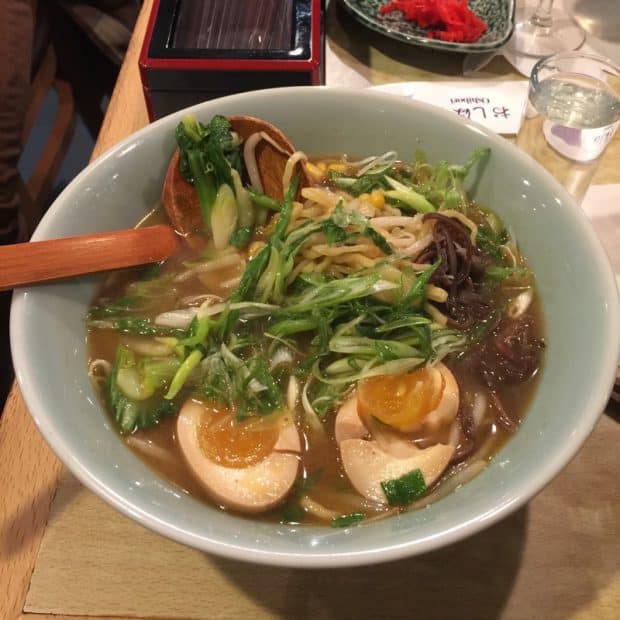 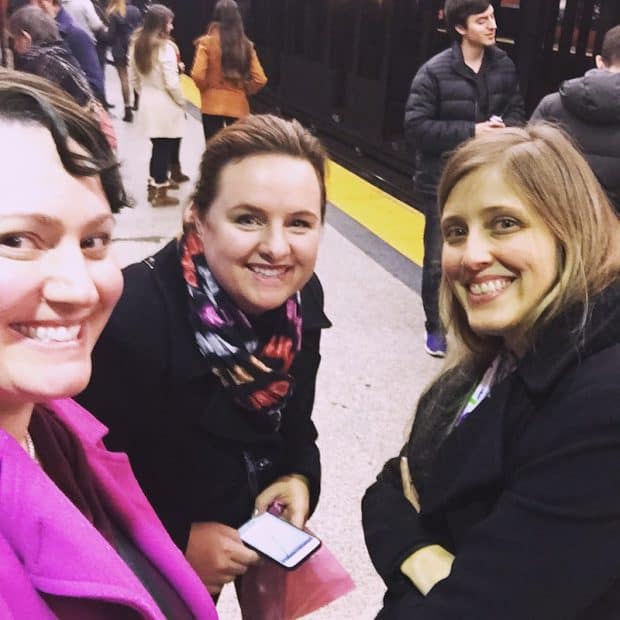 A yummy, big bowl of ramen for dinner last night, and then Heidi, Diana, and I went downtown for drinks. We finished up with gelato (that photo is up there at the top of the post.)

I hope to have some posts up this week on the blog. I'd like to continue with my Japan posts and possibly another essay on walking! My husband leaves tonight for London, so I suspect I'll get the time to do these things. :)