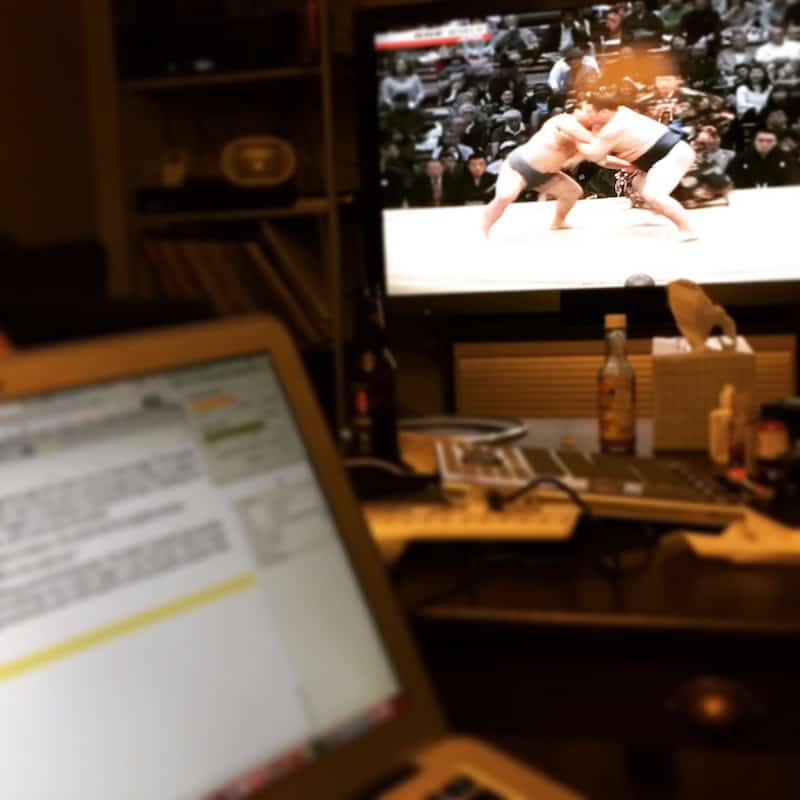 Last week, I posted about how I had a major breakthrough on my NaNoWriMo novel and the luster of that idea has not faded this week. I'm pretty sure that this idea will bring together both this storyline and the one from the Nogiku Series, yet will let this series stand on its own too. It's very exciting, and I'm thankful to be moving forward with this series at a good clip.

Good. I'm getting in a decent amount of words every day and I hope to catch up to my word count over the weekend, as well as catch up on my sleep. So far the actual writing has been fun. It's not been like pulling teeth. The harder part is figuring out what's going on in my story. Am I revealing things too early? Am I not revealing enough? This is a delicate balance and I'm having trouble with trusting my instincts.

Did you write every day?

I did despite having two to three days of dental pain and a lot of errands to run each day. The week back from vacation is always the hardest, as I have to catch up on household things I let go while we were gone.

What did you write this week that you loved?

Rin hisses, a sound both alien and familiar. I have to remind myself that he’s different from us, raised under a different sun with different values. Who knows what kind of person he really is?

First test, will he let me die?

Has your novel changed since you started NaNoWriMo?

My original idea for this series was huge with a very wide scope. Like when I wrote the Nogiku Series, my very first idea was “This will be a post-apocalyptic novel about the last city on earth before they pick up and leave for the stars. And the population will be 70% Japanese.” And that was ALL I HAD. I didn't know Sanaa then, or her identity, or her struggle. Because that was the first time I ever brought such a huge idea to paper, I struggled with how to write it. My early beta readers will tell you that I really fumbled. I had huge info dumps, strange characters… I basically had no idea what I was doing. Eventually, though, I did, and I realized that I can have these wide, galaxy sweeping ideas but I had to narrow it down to one person and her story, then how she perceives this universe.

So my NaNoWriMo novel this time around has been finding the voice of my main character and how she interacts with this new universe I've built. The cool thing is that I learned good lessons writing Nogiku Series that I was able to apply right away to this new series, so I'm not fumbling AS MUCH.

But to answer the question, I thought that this series would be more space opera, but it turns out that it's also a heavy dose of scifi action-adventure too. I've never written an action-adventure, but it's a lot of fun keeping the drama coming.

What has NaNoWriMo taught you about your own writing? You own career?

NaNoWriMo has taught me that if I write every day, I'll keep going. That writing every day when I have a project going, even if it's only 500 words, is important. Otherwise, I'll put other things to the top of my priority list and forget about writing. I have to remember this for the future. It's possible that if I set a goal to write 1500 words every day, when I have a book I'm working on, that I can avoid the slump I was in earlier this year. NaNoWriMo has also taught me that my career will not be the fast and furious one others have. I'm much more comfortable writing at my own pace, saving up a few books and publishing them at a decent interval, then not having new books out for a while.

If we want to follow your progress, how can we do that?

Thanks for asking! You can follow my daily progress on my Facebook page and my weekly updates here on the blog.