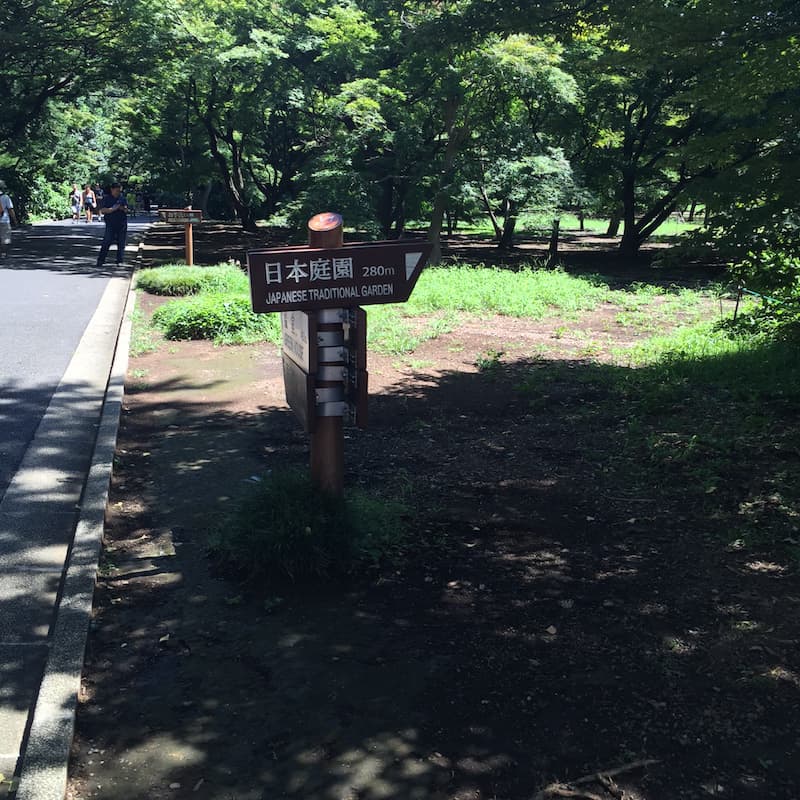 After collapsing into bed on my first evening in Japan, I slept through the night with the help of benadryl and melatonin, and I woke up the next day ready to get going. Now, I knew that my day would be packed with walking and I would probably want to die from jet lag in the afternoon so I decided for my first day, I would stick close to the hotel and explore Shinjuku. 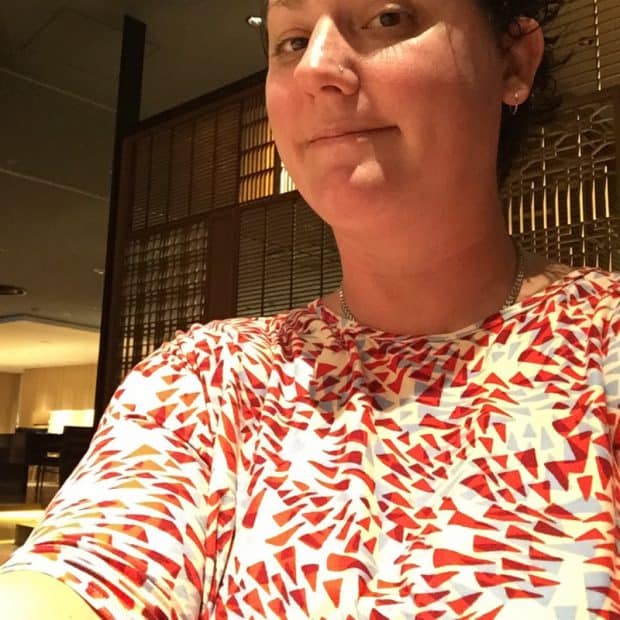 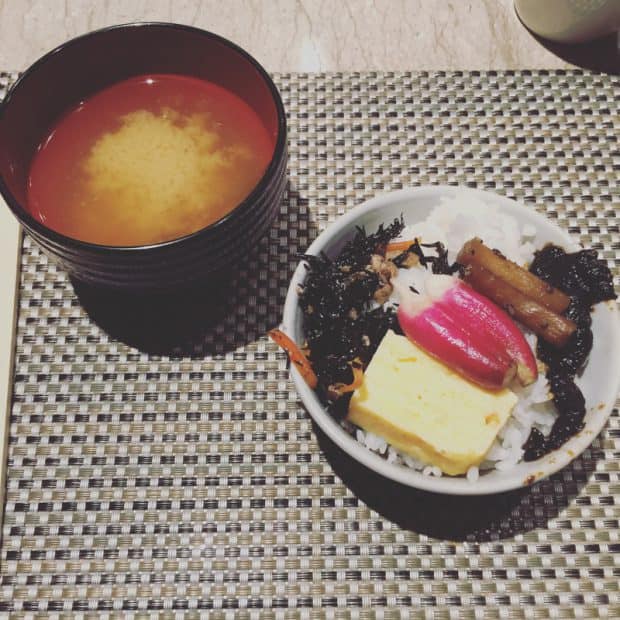 I got dressed and had Japanese breakfast at the hotel. They had a large buffet of Western food and Japanese as well. I had both of course! But I ended with Japanese. I loved this bowl of rice with Japanese pickles and egg omelet. Super delicious, and it was the perfect start to my day. 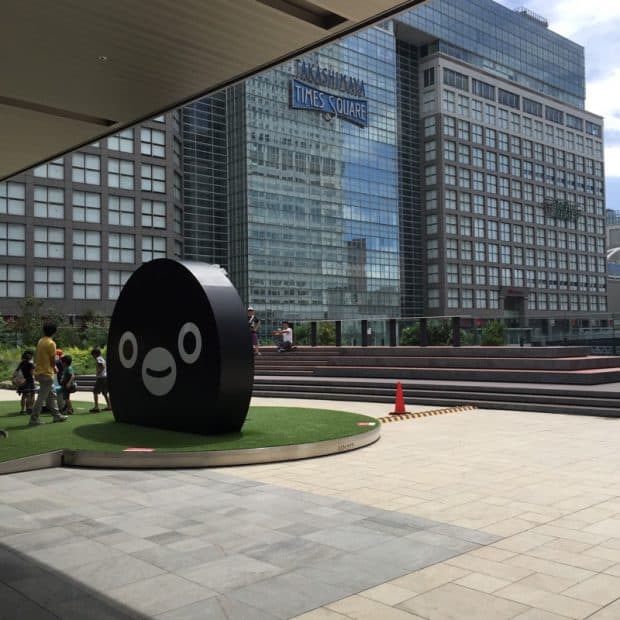 I then took the bus from the hotel over to Shinjuku station. If you ever want to feel small and insignificant, I highly recommend spending a weekend day in and around Shinjuku station. Thousands of people are coming and going from the station every second, people swirling around you as you try to get your bearings.

I was on a mission to exchange my Japan Rail Pass at a specific JR office, and I had my work cut out for me. When you want to do a lot of traveling in Japan, you buy a JR Rail Pass, and you purchase it before you leave. Once you get to Japan, you exchange the voucher you bought for the actual rail pass. Once you activate the pass, you have seven days to use it (unless you buy a longer one). So I needed to exchange my pass and Shinjuku Station was the closest place. 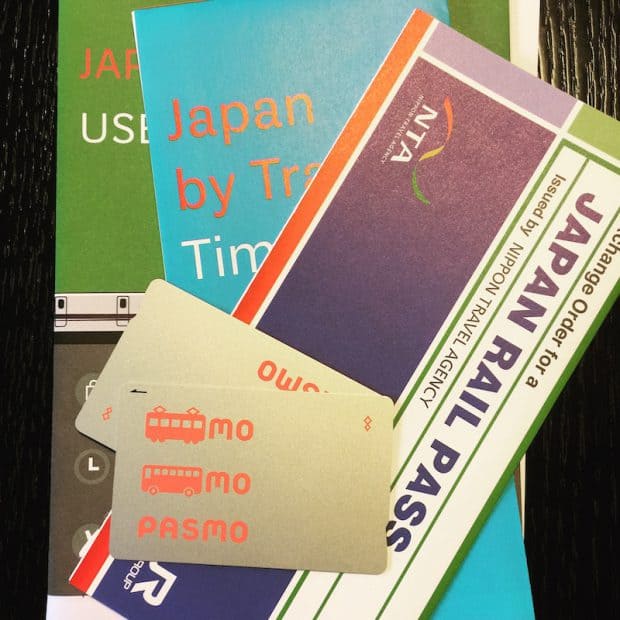 Shinjuku Station is huge, and it's in two pieces with hundreds of exits. I found one JR office, but it wasn't THE office I needed to go to. Thankfully, the people there spoke enough English and had a special map they could show me on how to get to the office I needed. God, I love Japan. They are prepared for every possible situation! I was never once totally lost in that country. Someone could always help me.

Once I exchanged my pass, I decided to walk around and do a little shopping. First stop was Tokyo Hands, which is a huge department store with 8 floors. There was something cool on every single floor, but I spent the most time in the stationery section. 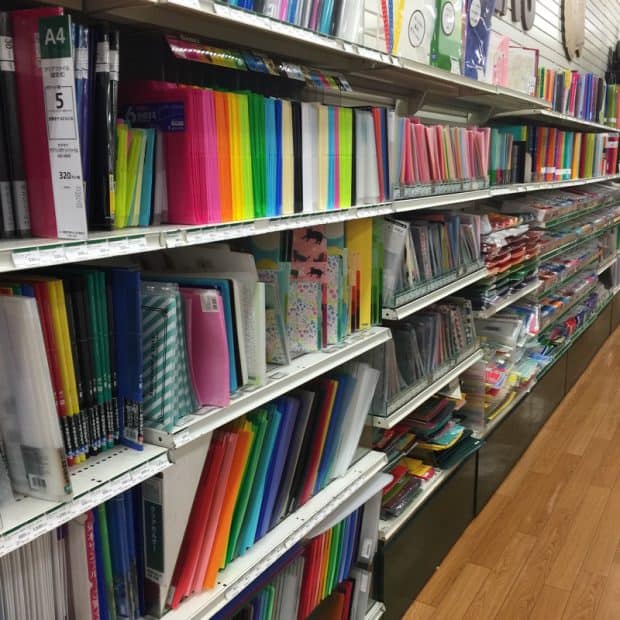 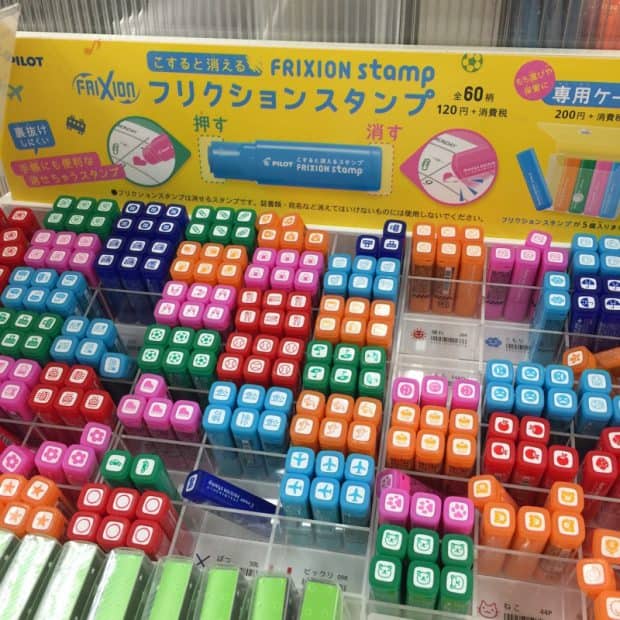 How could you say no to all those colorful stamps?

From here I got on the subway and made my way to Shinjuku Gyoen Park. 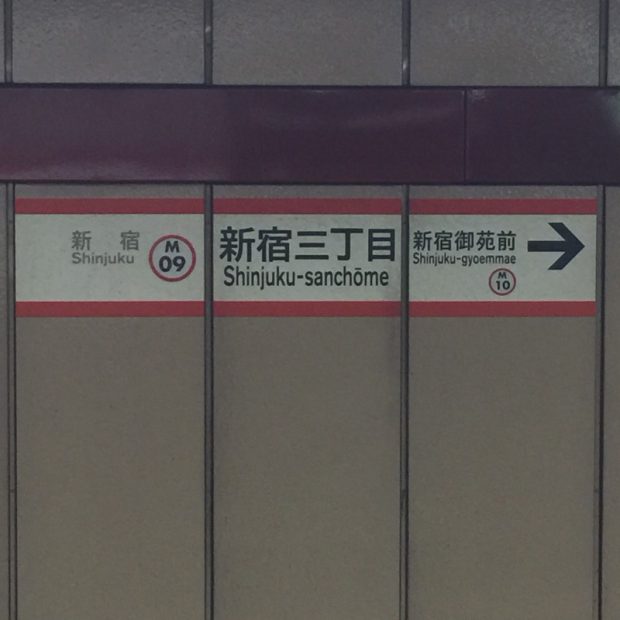 You know what was so cool about this park? It's in the middle of the city and it was bursting with nature. It was SO LOUD! The insects inside were humming, almost deafening. I walked along the outer edge of the park until I found the entrance, paid a few hundred yen to enter, and then got to walking. 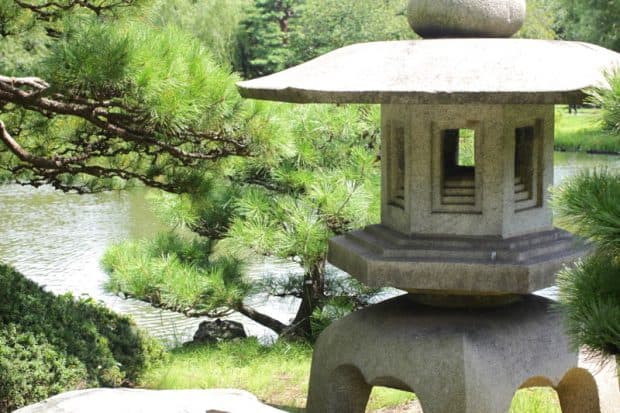 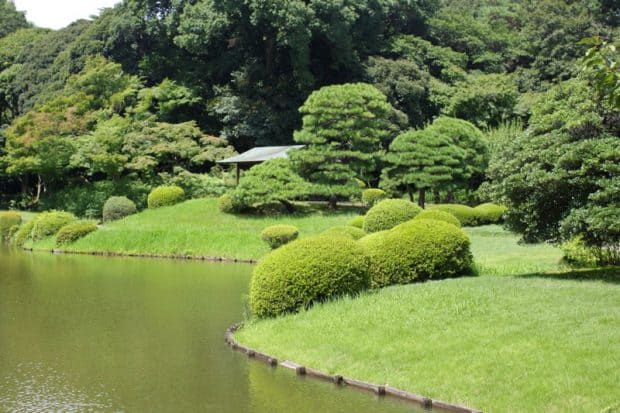 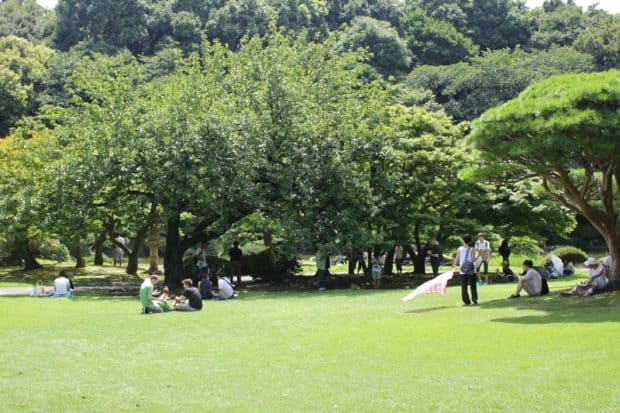 This park was so very green. Very tranquil and lovely, even with tons of people walking through it trying to catch Pokemon. Lol. 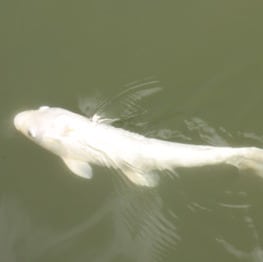 I was lucky to catch this white fish on camera! It was the only one in the whole pond. 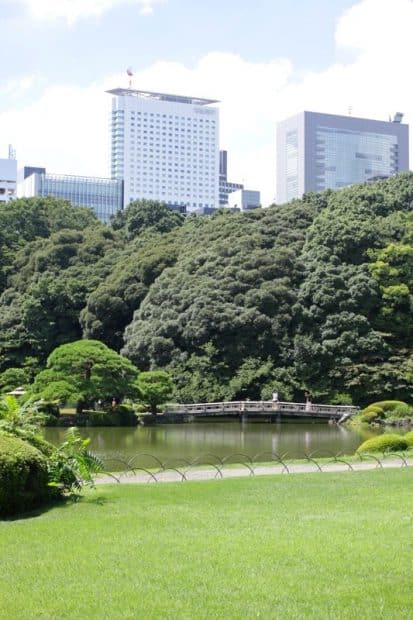 And I love the mixture of city and nature. It reminded me a lot of Central Park in Manhattan. 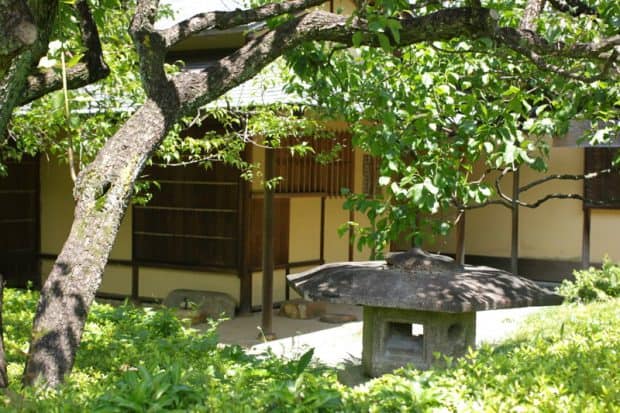 There were two teahouses in the gardens and this one especially caught my eye. I love the way it was shaded back in the woods.

By the time I had been through most of Shinjuku Gyoen Park, I was pretty hungry. I had scoped out the restaurants in Shinjuku ahead of time and knew of a tempura restaurant I wanted to try. I got out my phone (which was paired with my portable wifi hotspot I rented for the week I was there, highly recommend) and figured out I could walk there from the park. 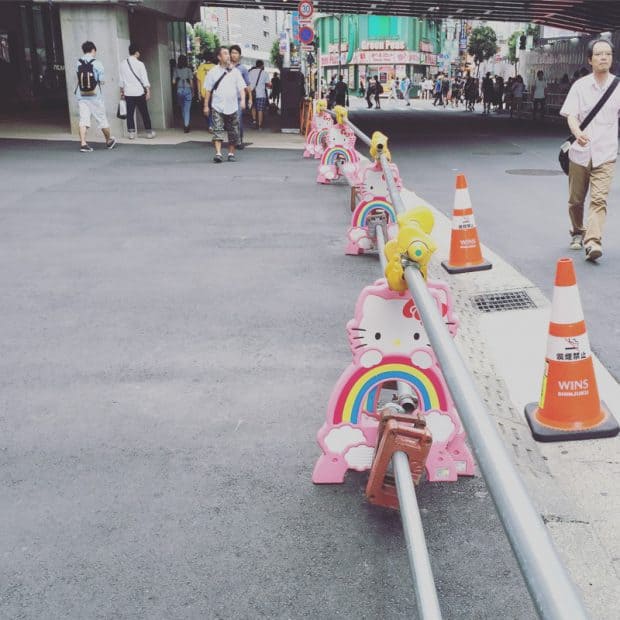 I passed these adorable Hello Kitty construction barriers around Shinjuku Station and wove my way through the streets until I found the restaurant I was looking for. 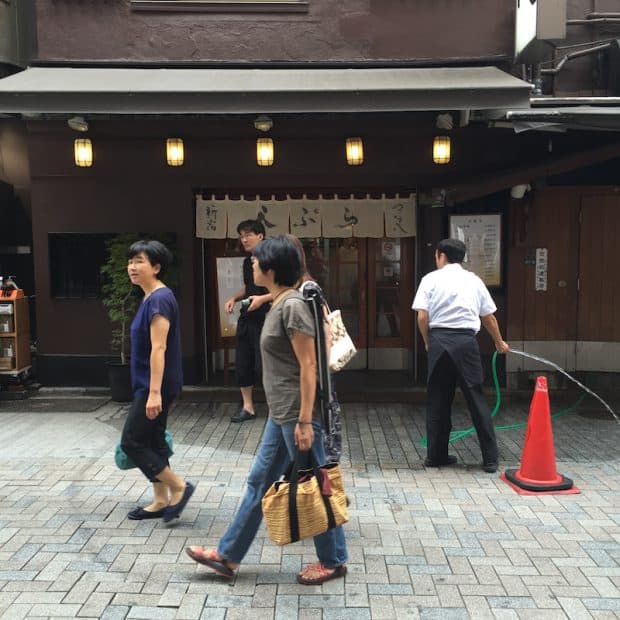 The noren curtains over the door reads “tempura” so I knew I was in the right place. I walked in and was immediately sat at the counter. I exclaimed in my poor Japanese that it was hot as balls outside and the hostess gave me a menu in English. Lol. I chose a moderately sized meal and prepared for greatness. Of course, I was asked by the hostess, “Do you know how to eat this?” I tried not to laugh as I said back in Japanese, “Yes, I love tempura.” After that, she left me alone except to refill my water. 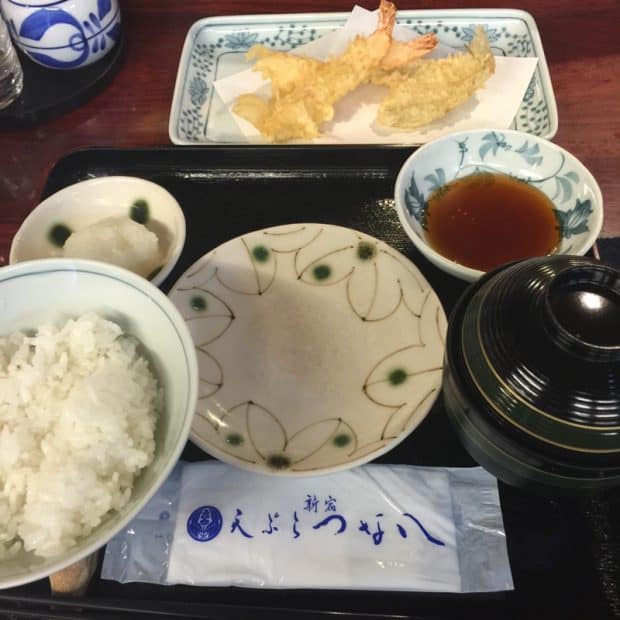 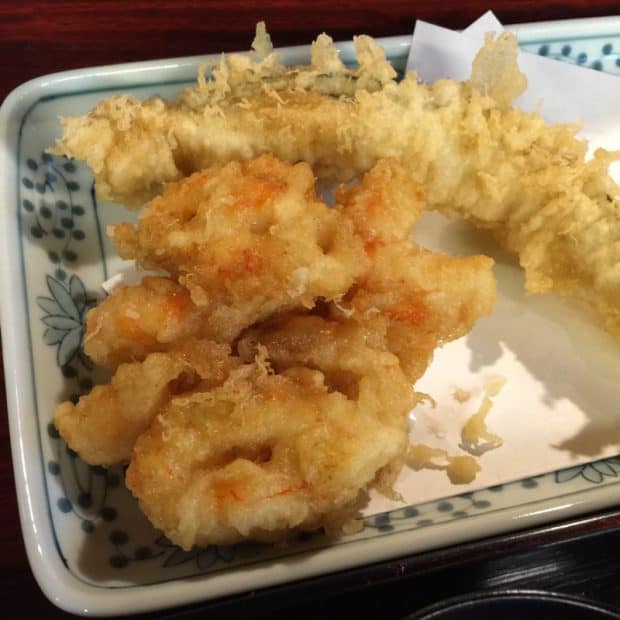 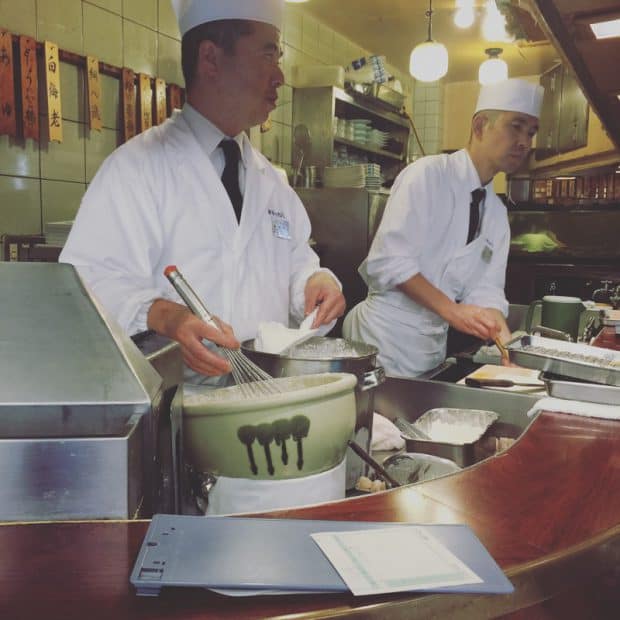 I don't think I could have had a better meal right then. I ate EVERYTHING in front of me. They served me vegetable tempura (zucchini and something else I've forgotten) then shrimp and eel, and finally a big mixture of tiny shrimp and batter. SO GOOD. Each course was served right too me from the guy frying it fresh on the other side of the bar from me. It was awesome. 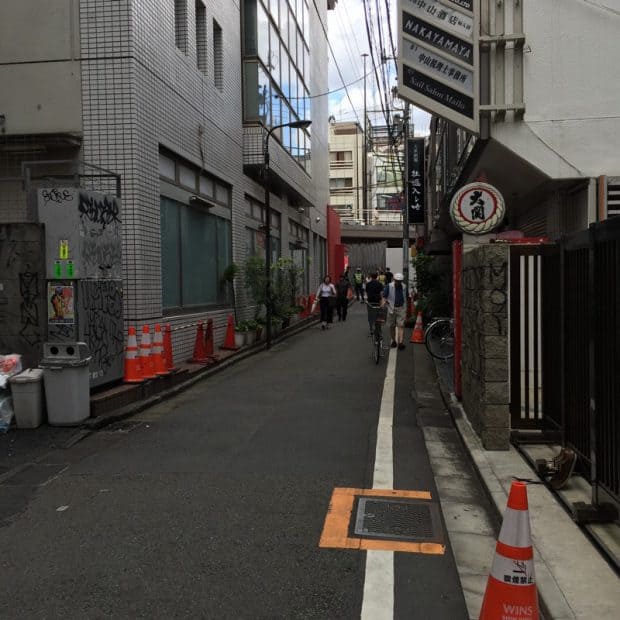 On the way back to the hotel, I found a pan-ya, which is a bakery and decided to pick up some snacks for back at the hotel. I grabbed this crazy looking dessert bread! Those circles are sweet custard. Man, was that good, especially with a beer. 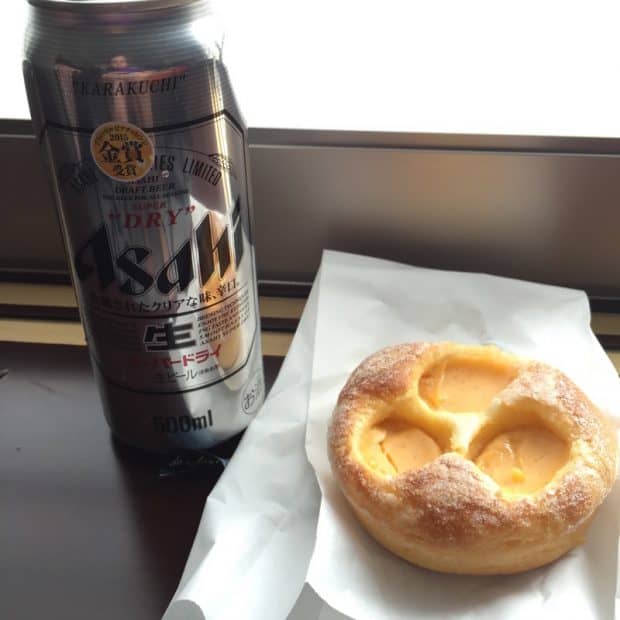 At the hotel, I showered because I was a hot, sweaty mess and took a nap before heading out for the evening in Shinjuku. I had no plans this time. I thought I would just wander around and see what I saw, which I did, but man, I was still pretty tired and the jet lag was catching up to me. 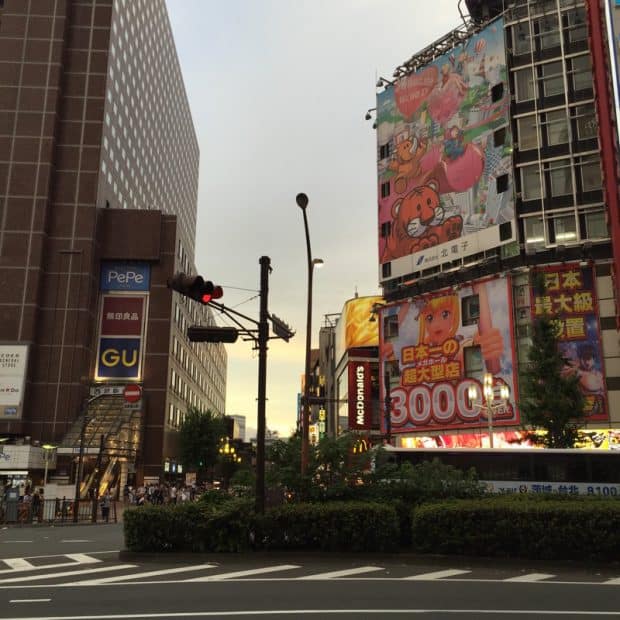 I finally found a conveyor belt sushi place to have dinner, so I went in and got a seat at the bar. Here's how conveyor belt sushi is. You can either order what you want directly from the sushi chef (great if you speak Japanese, intimidating if your Japanese is awful, like mine) or you can just grab what you want from the belt as it comes along. As you eat, you stack up your dishes. Green tea is free and right in front of you, usually. When you're done, call a waitstaff person to come tally up your meal. They know what to charge you based on the plates you ate from. Easy.

Round and round. #sjpintokyo2016 #tokyo #japan

After that meal, I was stuffed and tired. So I walked the streets of Shinjuku, found the bus back to the hotel, and called it a night. 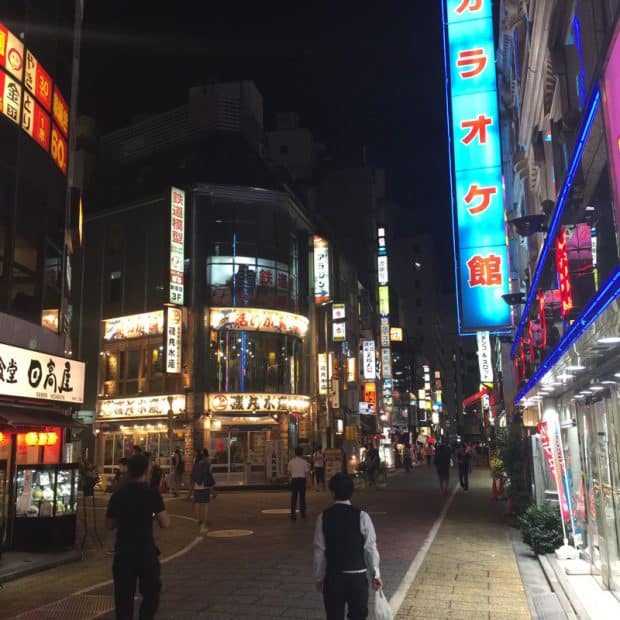