Top 10 Places To Visit In Asia 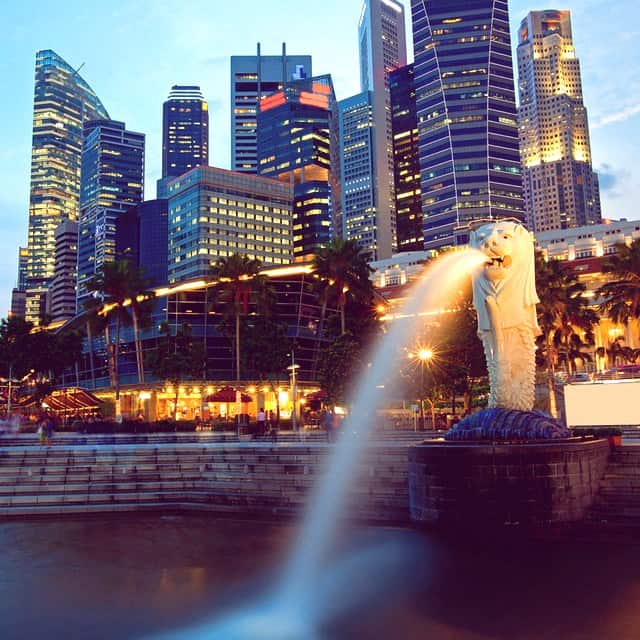 I’m really in love with Asia, which will come as no surprise to anyone who knows me or has read my books. Japan is my first love, and I have traveled there, studied their culture and language, and now written three books in a series that’s Japan-inspired. But other parts of Asia are interesting to me too, and I’m dying to travel to most of the places in this list. Parts of FACE TIME take place in Seoul, Korea, and I hope that’s my next stop in East Asia someday. Laura spent a good deal of time in Thailand in her early twenties, and I think I’m actually jealous of her! Yes, it really is possible to be jealous of your own characters.

1. Tokyo, Japan (http://en.wikipedia.org/wiki/Tokyo) – This would be my first choice in East Asia even though I’ve already been there. Tokyo is so big, so dense, that you could live there your entire life and still only see a fraction of it. It may feel very foreign or it may feel like a second home. Tokyo is polarizing city. Go to Tokyo for the clean and orderly sidewalks and public transportation, the technology, the food, and the absolute in crazy and weird. Where else will you be able to go to a cat cafe or a cafe where you can sleep next to someone for the night (no touching)? http://www.tofugu.com/2012/10/05/japans-weird-themed-cafes/

2. Bangkok, Thailand (http://en.wikipedia.org/wiki/Bangkok) – I’ve been to Bangkok, and it is an amazing city. It’s definitely not as clean or orderly as Japan, but Thailand has a lot going for it. The Buddhist culture is peaceful and easy to get along with (as long as they’re not in the middle of an uprising). The King of Thailand is benevolent. The food is incredible, and, if you love summer, it’s always hot there. Go to Bangkok for the edge-of-your-seat tuk tuk rides, the giant golden reclining Buddha, the easy access to Southern Thailand and its beaches. Also, your US dollars will go far in Thailand. It’s possible to live cheaply and comfortably there for a long time on very little cash.

3. Seoul, South Korea (http://en.wikipedia.org/wiki/Seoul) – Just across the water from Japan is Korea, so if you visit one, it’s easy to visit the other. Seoul is another huge metropolis which grew after it hosted the Olympics in 1988 and the FIFA World Cup in 2002. It is also clean and orderly and the public transportation is easy to use. Seoul is one of those cities that blends old and new really well. Ancient temples stand next to office buildings, and there’s always something going on worth watching or visiting. Go to Seoul for the kimchi, the coffee, the soju, and the possibility of being a background extra in a K-drama. Ha! You know you want to.

4. Macau, China (http://en.wikipedia.org/wiki/Macau) – Macau is actually in a Special Administrative Region of China like Hong Kong, and I really want to go to Hong Kong as well, but Macau draws my attention because of the gambling. Supposedly it’s bigger than Vegas, and I’m totally intrigued by gambling overseas. The food here is a mix of Chinese and Portuguese, and then there’s also a distinct Macanese cuisines as well. Go to Macau for the unique mix of consumerism, Old World China, baccarat, and clash of cultures.

5. Kyoto, Japan (http://en.wikipedia.org/wiki/Kyoto) – If you want more of the Old World Japan then Kyoto is a better bet than Tokyo. Time has come to a standstill in many areas of Kyoto. This is the city where you can see geisha (known as geiko) walking in the streets to and from parties, ancient Japanese temples and castles, Noh plays and festivals. If you can make it here during hanami season to view the cherry blossoms, you’re in for a treat. Go to Kyoto for a ten-course traditional kaiseki meal, a party with a geisha, and stay in a ryokan. You won’t regret it.

7. Beijing, China (http://en.wikipedia.org/wiki/Beijing) – I suppose if you visit one place in China, this should be it. As the capital of PRC, it holds a lot of treasures including access to the Great Wall of China and the Forbidden City. Beijing is further to the north in China, so if you don’t like cold weather, you shouldn’t travel in winter. Go to Beijing for the Peking Opera, the chance to stare at Qing Dynasty treasures, and the Beijing Zoo Panda House for pandas!

8. Hanoi, Vietnam (http://en.wikipedia.org/wiki/Hanoi) – I’m dying to visit Vietnam. Modern Hanoi is colorful and chaotic, and filled with easy things to see and do. We did fight a war there in recent memory, but tourists are still welcome in the country. Vietnam still feels like a closed book to me. My cousin went there a few years ago with his wife who’s Vietnamese, and he was charmed by the people, the food, and architecture of temples and what wasn’t bombed into the ground. Go to Hanoi for the history, the pho and bahn mi, and the chance to ride a scooter with thousands of others through the streets at breakneck speed.

9. Manila, Philippines (http://en.wikipedia.org/wiki/Manila) – I don’t know much about the Philippines but I hear it’s awesome there. The capital city of Manila is rich with museums, gorgeous Catholic churches, and a fine array of cuisine from all neighboring regions from China, Thailand, and Malaysia. Watch the sunset on the bay from a rooftop restaurant and then hit the clubs in Makati for dancing and drinking all night long. Go to Manila for the Filipino home cooking at Cafe Juanito, halo-halo, and the Marikina Shoe Museum dedicated to all of Imelda Marcos’s shoes. Yes, a shoe museum.

10. Singapore (http://en.wikipedia.org/wiki/Singapore) – Singapore is its own city-state (as my husband says, like the Vatican) and it’s situated on the Malay peninsula. I know Singapore gets a bad rap for its harsh laws, but I have known people to live there and it’s quite a pleasant and happy place to live. There’s hardly any crime, the streets and surrounding area are clean, the people are hospitable, and the food is amazing. They have these large food courts full of delicious Asian meals (meat, noodles, rice, seafood, you name it). Singapore has plenty of sights to see and lots of religious festivals each year to witness. Go to Singapore for the Merlion, the fish head curry, and the extremely hot climate (if that’s your thing.)

Want to get on a plane now? Tell us where you’d go!