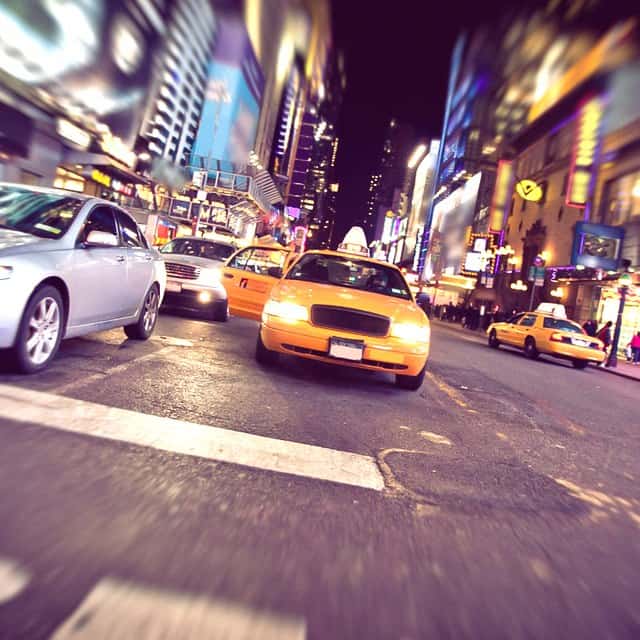 I am not a native New Yorker. I didn’t grow up here. I didn’t even grow up on the East Coast. I’m originally from flat-as-a-pancake and filled-with-lakes Michigan. Not a bad place to grow up, but when I decided I wanted a real career in the media and web design business, Detroit couldn’t hold a candle to New York. I moved to New York right in the middle of the dot com boom in March of 2000. Everything was new for me then. I was twenty-four years old, single, living in Brooklyn and enjoying the kind of New York pictured in Sex and the City before 9/11.

I fell in love with the city right away. After I got my bearings, I never had any fears about walking the city in daytime or night. I went out to dinner with friends. I met my future-husband. I went to concerts, saw shows, checked out all the local hot spots. Things changed drastically after 9/11. Not only was the city crawling with police and military personnel carrying large machine guns, but the very nature of business changed. New York had always been expanding, catching bigger companies who wanted to build massive skyscrapers, and invest money in the ever-growing city. With bigger bucks, came people who wanted “better,” more expensive, and classy things.

Now I’m all for change. How can a city or a person grow and evolve without change? I’m a city girl at heart. I currently live much farther from the city than I did 16 years ago, but I don’t think I could live on a farm or in the middle of nowhere. I need that pulse of city life to keep me alive and ticking. When I travel into New York now, I brighten up by 10,000 watts. I sigh in relief. I am recharged. I walk at lightspeed down city sidewalks, dodging tourists, and waiting not on the corner for the light to change but in the street as most New Yorkers do. (I once did that in Michigan when I returned there for a visit after living in New York for several years and nearly got run over. It’s totally a New York thing.)

My old city stomping grounds is Midtown because I used to work for HBO at the corner of 6th avenue and 42nd street. (P.S. only tourists call 6th Ave “Avenue of the Americas”.) I know where the good Indian restaurants are, that the lawn at Bryant Park is cut-throat for space when it’s open, and you can avoid a lot of Times Square by taking the side streets. When I decided to write FACE TIME, I gave Laura a job at my old job. I knew she would enjoy working there, as I did, and just like everyone who worked there, it was a job like any other, as it is for Laura.

But Midtown has changed since I worked there. The last time I exited the subway at 42nd and 6th, I wasn’t met with a hole in the ground like in 2007 when I left. Now there’s this absolutely huge skyscraper there, the Bank of America building. The pasta place I used to love and get drunk at after work is closed. The old Coliseum Books is now a bank. All the familiarity of the city is skewed. I look at the Pret A Manger and Chipotle on 42nd street between 5th and 6th ave and see a different New York, the one run by money, the one lacking nostalgia and significance. I turn around and am faced with the vast NY Public Library, its marble stairs, and lions guarding the front entrance.

This one block encapsulates everything that I love and hate about New York. In another ten years, a different set of restaurants, a different set of banks, will own those storefronts and the memories that I had of what was there before will fade a little more. The six-story building that housed my favorite pasta place will be gone, replaced by something thirty stories or more. I’ll hate everything that kind of change signifies, the growth of big business and the death of the little guy who started New York in the first place. But those big businesses will keep New York going for all the places that still mean something: Central Park, Bryant Park and the library, Carnegie Hall, The Opera at the Met, Broadway. They’re a necessary evil because for everything you love, there is something to hate.

I love the drive and energy of New York, the history, the ever-changing landscape of buildings. I hate the way it makes me question the appropriateness of progress, the way it makes things that happened last year, last month or even last week ancient history, the way it grinds people to the ground. And, in turn, I love the duality of this change. A new person grows from that one ground to a pulp. An exciting change flourishes when we forget something that happened not too long ago. Progress brings innovation and evolution.

There’s much to love and hate about any city, and cities will always be a part of my stories. I include a few in FACE TIME. Lee lives in Seoul and travels to Mumbai. Each of those cities has their own rhythm and history. Laura grew up with New York as her stomping grounds, and I was able to show her disenchantment with the changing city in the story through my own experiences. Most cities have plenty to love or hate, but experiencing both emotions attached to years of observation is what makes a city come to life.

Are you a city or country person? What do you love about your location?