What’s Love In The Digital Age? 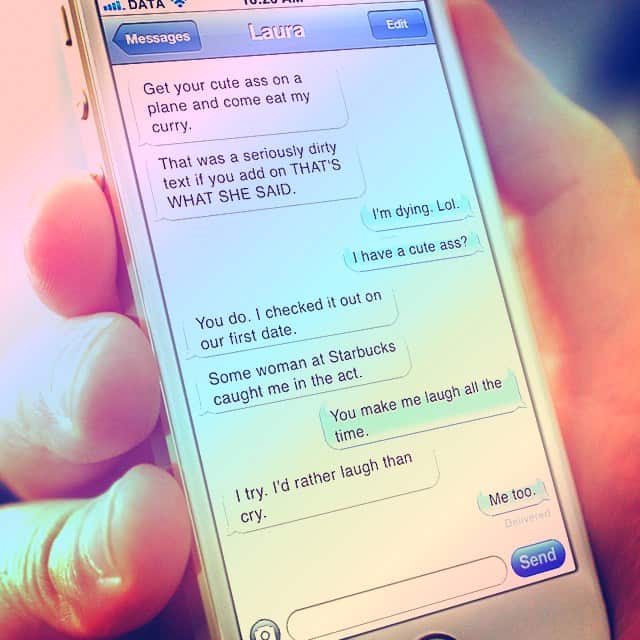 Love in the digital age is nothing new to me. Back in 1992, when I was only a sophomore in high school, my parents had an Apple computer with a dial-up modem and an AOL account. I remember being fascinated with the chat rooms, and I would show up there almost every night to see who was on and what they were talking about. It may not seem legendary now, but trust me, back in 1992, it was a big deal. There was even a boy I liked in the chat rooms! Lol. I had an online crush over 20 years ago.

In 1993, I dated someone long distance in the time of letter writing and phone calls, and I remember the longing, the excitement, and the anxiety about when I would see him again. Would things be different face-to-face? Would he still like me after being apart so long? It was a relationship that didn’t last very long, but the struggle of long-distance was a long-lasting memory.

But not all online relationships are romantic. Ten years ago, I became a part of the online blogging community, and suddenly, I had friends all over the world. Blog posts, email, Facebook, and Twitter (eventually) became ways for us to keep in touch with each other, and this was the time before Skype and FaceTime. We shared our latest projects, our travels, and the beginnings of our families with each other, and it was a lot of fun. Those people are still my friends to this day, and most of them I have never even met in real life.

So when I was FaceTiming with a friend of mine last year, I thought about my old long distance relationship and wondered what it would be like to fall in love with someone online. I already know people who continue their current in-person relationships online (military families where one person is on deployment) but I don’t know anyone who started a relationship online and continued it that way for some time.

What is love in the digital age? It’s having an open mind about communication by any means in order to keep the flame alive while you’re apart. The more technology you embrace, the better, in this case. In FACE TIME, Laura and Lee used texting and FaceTime to keep in touch. If they were apart for even longer than they were, I would have suggested email, real postcards and notes, and maybe even an IP Nanny-cam would be great additions to their routine. Relationships exist on many levels. Visual, being able to see the other person. Audible, being able to hear their voice. Visceral, being able to touch the other person. When one of those is missing, the other two must elevate to fill the void. Technology can help ease some of that suffering.

The lesson I want people to learn from FACE TIME is to keep an open mind. Love in the modern world doesn’t have to be contained to your neighborhood or town or even your continent. Use the tools available to find the right person for you, and keep using those tools to hold onto them.