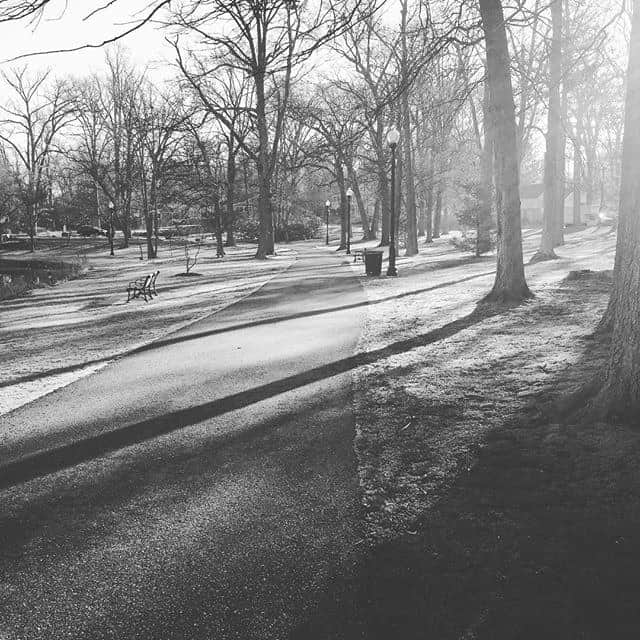 Well, folks, remember that blog post I wrote last fall about moving to Amazon exclusively for a while and trying it out? The experiment is over and it was a resounding failure! Who’s not surprised? I’m not!

But once again, because I like actual evidence that something is not going to work for me, I’m glad I did it and I can walk away knowing what the outcome would be.

Let me start off by telling you how it worked and how it ended. When I switched all the books over in September into KDP Select and therefore into Kindle Unlimited, my goal was to make as much in pages-read (borrows from Kindle Unlimited) as I had been making on the other vendors and hopefully find new readers. It was also my hope that ebook returns would diminish, as it was my theory that those people who bought, read, and returned Kindle ebooks were people who were Kindle Unlimited subscribers and just didn’t want to pay for books.

The first few months, September through the end of November, were pretty good. I was getting plenty of pages-read, new sign-ups to my newsletter, and even a new review or two (not many, but a few). Then everything began to plummet. Sales nosedived. Pages-read dried up. December and January were some of my worst months ever. EVER. And the few pages-read I did get were worth less and less. I didn’t know what was going on, but at the time, I attributed it to the fact that I must suck and no one wanted to read my books. I feared the worst. I was thinking about pulling all my books out of KDP Select, one by one as they finished off their contracts, but I thought, “Maybe it’s just a dry spell and things will perk up later?”

So, I hit February with everything I had. I had a sale on SUMMER HAIKUS and I spent $95 on ads for it. I would have to sell 135 copies to break even, and I had hoped I would make it. I figured even if I sold half that and had pages-read, which the ads would give me exposure for, I might break even. I then made REMOVED free for a few days and paid $75 for an ad for that, hoping that the downloads would lead to some sales of the rest of the series and maybe some pages-read for that too.

Unfortunately, all my efforts did not pay off. Instead of making money in February, I lost about $150 which I don't think I'll get back now. I only sold 36 copies of SUMMER HAIKUS and got about 5 full reads' worth of KU pages-read, so I didn't even make back half of what I paid.

Which is a total shame because I'm not really in this writing thing to make bank and be a best seller, but I also can't operate at a loss for several years. I need to at least break even.

Then the scam scandal of Kindle Unlimited hit and suddenly everything began to make sense.

I'm going to quote directly from Selena Kitt on this but please read her whole blog post on this matter because it is very enlightening.

Except Amazon didn’t want us to know one important thing – they lied to us.

They have no idea how many pages a reader actually reads.

Let me say that again, just so you don’t miss it:

AMAZON HAS NO IDEA HOW MANY PAGES A READER ACTUALLY READS.

Wow. A little bit of karma coming back at you with these scammers, Jeff Bezos?

Because Amazon has been scamming authors in the KDP Select program all along.

They decided to pay us by “pages” read, when in fact, they can’t count actual pages read, and they can’t time how long a reader actually takes to read those pages (last time I checked, no one could read 3000 pages in less than two minutes…)

In KU 2.0, they weren’t paying out $1.30 a borrow to scammers who created their little “scamplets” and borrowed them in their little circles anymore. (Or to those nasty erotica writers who’ve always written short stories for readers who want to buy them… they clearly deserved to be punished for their dirty minds and “selling sex” in the first place, right? /end sarcasm)

That’s great, but… before the KENPC cap was very recently instituted, the pages you could get paid for per-read were unlimited. Which meant that anyone could release a “book” of unlimited length in KDP Select (these scammers are putting garbage in their books – foreign translations, articles from Wikipedia, just words for words’ sake) then put a link at the front of that book that jumped to the back – and voila. A $100 download in one click. I’m not kidding. I know authors who have told me they’ve seen these scammers bragging about getting that much per-read before the KENPC cap.

Even when they put the KENPC cap of 3000 on it, with the payout last month at $0.0041 per page read, that meant the maximum payout was $12.30 per download. Still not too shabby. Especially if you have lots of scammer friends to borrow your book and just click a link to read to the end – and push up your rank in the process.

It turns out that huge scam books have been climbing in the ranks, netting a whole bunch of the pot used to pay Kindle Unlimited authors like me, and pushing us all down while they're at it. They had been climbing in numbers since the beginning of December and now they're out of control. Little authors like me just aren't getting seen anymore. In the beginning, before KU was full of scam books, I was getting some visibility and gaining new readers. Now, nothing.

I can't even begin to tell you how disappointed I am, both in myself and in Amazon. I felt I was making the right decision by giving Kindle Unlimited a try for my whole catalog, when really, I should have taken a step back and watched to make sure first. I made a huge error and now I'm paying for it. I figured, “Nothing is working for me so I'll take the plunge and try this.”

That is the absolute last time I make that kind of decision. From now on, all books will be published on Amazon, Barnes & Noble, iBooks, and Kobo. I am still considering Google Play. As each of my books comes out of their time in Kindle Unlimited, I will make them available on all vendors. THE DAYDREAMER DETECTIVE is already there. REVEALED is making its way out to vendors as I type this. REMOVED will be there at the end of the month. All the Kami No Sekai short stories will be out of KU in April. Everything else comes out in May. I have written to Amazon and asked to be pulled from Kindle Unlimited because I do not believe they have held up their end of the publishing contract, but they refuse, which I expected. So, now I wait. (ETA: It's possible in the future I may try Kindle Unlimited again just to launch a book, but I always plan to be wide).

I just want to reiterate that my only goals in publishing my books are (1) to entertain readers and (2) earn back what I spend on publishing. I write because I want to write and I always will, but publishing is a business and I have to now make a very hard business decision.

I have cut back on my publishing schedule for this year considerably in the light of this first quarter failure.

I have scaled back my publishing schedule this year to accommodate my new smaller budget and make time for writing articles for places that actually pay me. I will then use those funds to pay for covers and editing this year.

But the good news is that I plan to keep writing A LOT. I hope that even though I cut back on publishing, I'll be creating a backlog of work that can be published if things kick up! So all is not lost! :) Just gotta think on my feet and be flexible as I always am. Thanks for bearing with me.