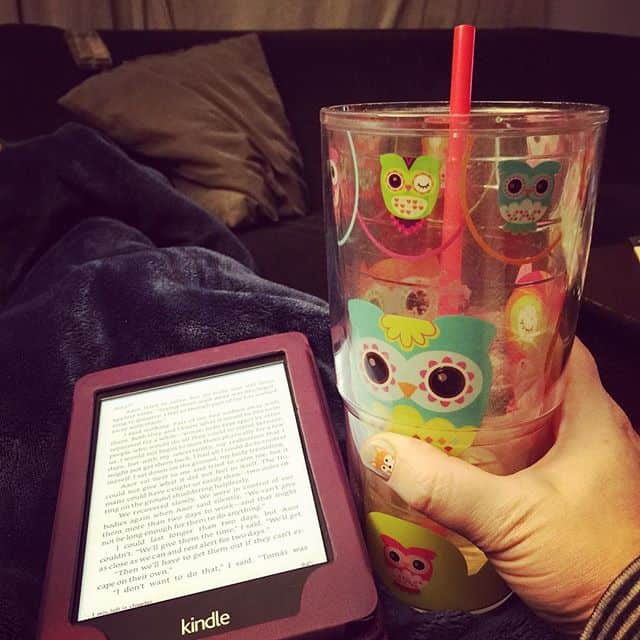 We had a busy week around here! First up, I finished writing my second cozy mystery on Monday! I had one more scene to write and I dictated it in the morning, then finished it up in the evening. Since I started writing on October 20, I have written over 158,000 words! That's a ton of writing. Plus, actually I've written more than that because I was also writing on my non-fiction book at the same time, but I never logged any of those words. I hope to get that book into Scrivener sometime today and see how many words I've written on it. It was great finishing up my second cozy mystery! I'm super excited about launching a new series and trying something different for me. I hope to start editing the first book by the end of January and maybe doing a cover reveal in mid-February when I plan to have a sale on SUMMER HAIKUS.

The rest of the week was just a time for me to get caught up on relaxing. I sat down on Wednesday and watched four hours of THE EXPANSE which I had saved up on the DVR. I'm super enjoying this series and I'm thinking about reading the books too. I love the political aspect and Cold War aspect to it. It's giving me good ideas for my own scifi series I plan to start writing late this spring. I also took the time this week to sit and read, to walk slowly, and to just let my brain chill. I still did work on several other things but they're not as taxing as writing a first draft.

I was also devastated by all the death this past week. First, David Bowie died on Monday and then Alan Rickman later in the week. I loved David Bowie and thought he was a master of music and a fabulous personality. Alan Rickman's death hit me hard, though. I fell in love with him when I was 15 and never stopped, way before Harry Potter. It's crazy to be attached to a famous personality for 25 years and suddenly they're gone. It was wonderful, though, to read all the tributes to him after his death and hear what a kind and helpful person he was. I'm so glad he touched the lives of so many people in a positive way. He will be missed.

Tomorrow, I turn 40 years old. Sigh. I kinda don't believe it. I remember being in my twenties and not believing I'd ever be 40. Isn't that crazy how things go? I'm sure I'm not the only one who feels this way, so I won't dwell. Regardless, I'll be back here tomorrow with a little gift to everyone. It's my birthday so I'm giving something away!

Switched over to my new Peanuts Lesportsac bag! I've always loved Snoopy. He's a tortured writer just like most of us. :)

Treated myself to a foxy new Jamberry manicure.

Ended the week with a giant G&T which was much needed. Not only did David Bowie and Alan Rickman die this week, but a friend of mine lost her new baby, too. Friday was filled with many tears.

So even though it was a relaxing week for me, it turned out to be quite sad. I'll be glad to move on to this next week and hope for it to be better.

I'll be back tomorrow! See you then!