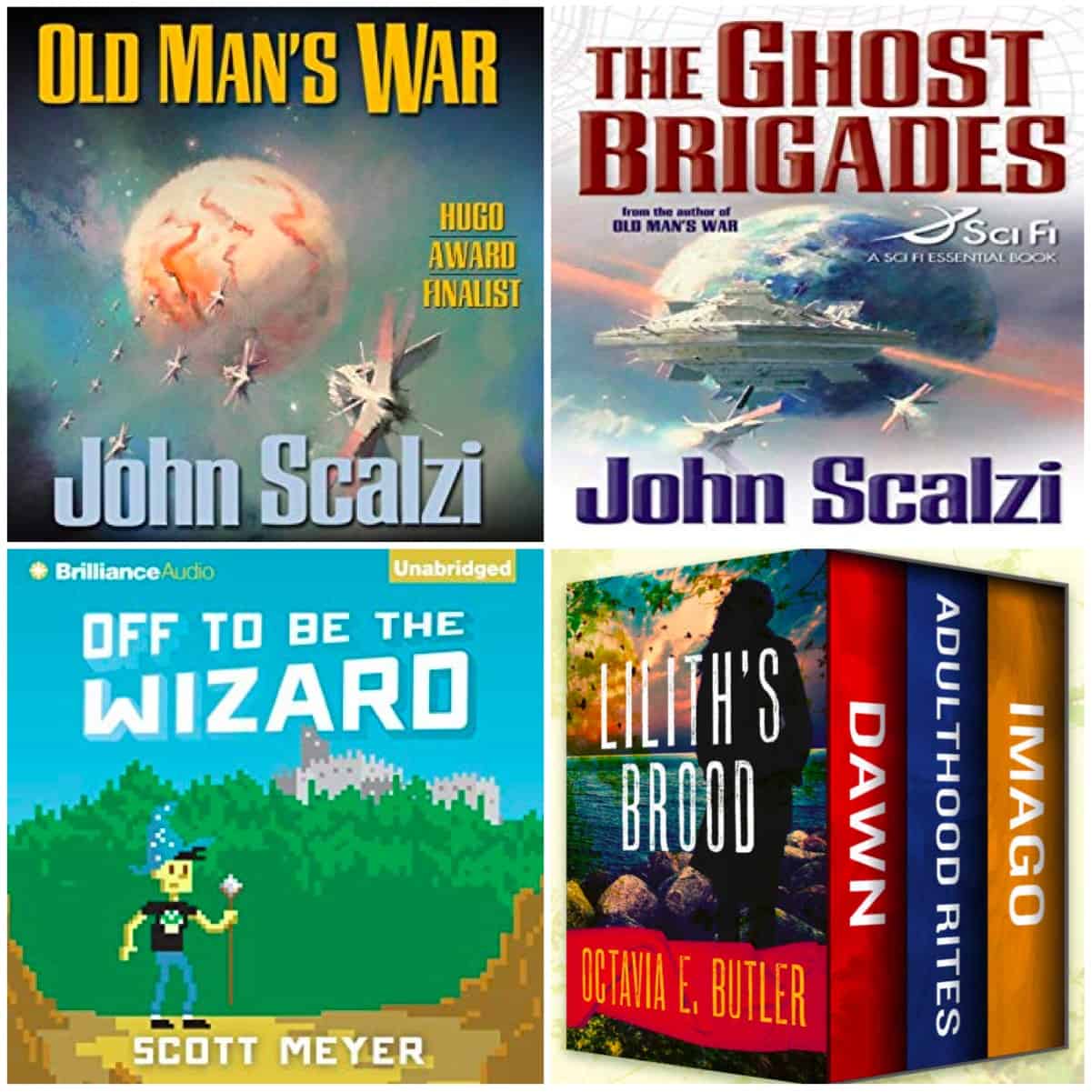 NOTE: If you use an ad blocker, you may notice big gaps in my blog posts when I do Book Chats because that's where the Amazon modules are for these books. These are the ONLY ads I keep on my website, and when you click to learn more about a book, I get a little (a few pennies) affiliate income from that. If you wouldn't mind excluding my website from your ad blocker, I would appreciate it.

It's been a little over a month since we had a Book Chat, so let's talk about all the books and audiobooks I've consumed since then!

Audiobooks continue to dominate my “reading” world because I didn't have a lot of free time while writing my own first draft. I listen to audiobooks while I clean the house and while I workout or walk outside, so they get more of a chance to entertain me.

During December, I finished OLD MAN'S WAR and THE GHOST BRIGADES by John Scalzi, both in audio format. They were totally thrilling and fun, and I enjoyed every minute of them. If you've always wanted to try some military scifi, I highly recommend these books. They're witty and well-written, as all John Scalzi books are. I plan to buy the next book in the series with my next credit and listen to that sometime soon.

Then I got sucked into another really great audiobook that I'm almost done with! I'm really loving OFF TO BE THE WIZARD by Scott Meyer. I just checked on this the other day and these books are all Amazon-exclusive, in Kindle Unlimited, and published by 47North, Amazon's imprint. Hoo boy, did they find a winner in this! I LOVE the concept of these books. It's a scifi spin on the fantasy genre. The basic premise is that Martin, a 20-something computer nerd, finds the file that controls the universe on a server someplace. He figures out how to hack it so he can change his appearance, location, and bank account. Of course, this leads to trouble, so he also changes his place in time to go back to medieval England at the time of Merlin. Only, he's not the only person to ever figure out this file exists! I won't give any more away, but I highly recommend this one! Especially the audiobook, as it's so well done, and by the same narrator as UNWIND series that I've been listening to as well! I recognized his voice immediately. Lol.

As for reading on my Kindle, that has only picked up in the last two weeks. I read the first book in Octavia Butler's Xenogenesis trilogy, DAWN, in December and was blown away by it. I decided I really needed to know what happened to humanity after being merged with the Oankali. As I predicted, humanity devolved back to almost medieval, primal ways (looting, pillaging, raping) and the people who chose to become the new generation of humanity with the Oankali have figured out how to make it work. I'm amazed at how Butler has made the aliens feel right and natural and the humans to feel, well, inhuman. She's a skilled writer and I found everything to be very relatable. I'm almost done with the third book in the trilogy, and no matter what happens now, this series will come highly recommended from me.

I'm not sure what's next to read but now that I have a Kindle Unlimited membership I do plan to use that as much as possible! If anything, it's worth it for the audiobooks!