Winning #NaNoWriMo Is Just The Beginning 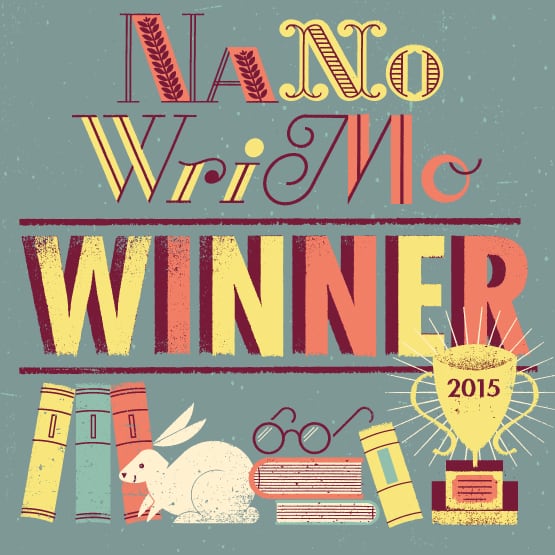 When I set out to write the first two books in my new cozy mystery series, I had planned to start in early October. All of September I had been editing and finishing REVEALED, so I knew my target date for starting a new draft of something would be October. Then my youngest broke her arm in a really bad way. She was in the hospital for 3 days and then home for a week. There was no starting a new project then. I could barely function most of those day because I was worried about her, and she was home every day.

Then came the doubts. Joanna Penn talks about this a lot, the “I have finished writing a book and I will never write anything ever again!” feeling that comes with every novel we write. I remember having my ideas for this cozy mystery during the summer, but I worried that I wouldn't be able to write it. I wouldn't be able to make the dream come true. So I had to sit down and reassure myself that I had written books in the past and it always worked out! Always. Sometimes an idea may change, but something always came out of my brain through my fingers. I had written a whole series. Surely, I could write something new.

Starting my new first draft coincided perfectly with NaNoWriMo. The past two years I was busy either editing or publishing other books so I wasn't able to do it, but this year I had my chance. On October 20, I started a brand new book and wrote 17,617 words before November 1. I fumbled around a lot right in the beginning because I was trying a lot of brand new things. I was trying to write in past tense and dictate as well. Eventually, I dropped past tense (opting instead to write in present tense and revise to past tense in the next draft) and kept dictating to when I just needed to get a kick in the pants. I went from an average of 1600 words per day to 2386 per day once I made the switch! I just write faster and with more confidence in present tense. I'm hoping to up this significantly in December by adding in even more dictation.

I crossed the NaNoWriMo finish line last night with 50,123 words in November, but I'm not done. My goal was to write 2000-3000 words every day until my birthday in mid-January. I'm doing something I've never done before and I'm writing two first drafts of the first two books of a series right in a row. Forget 50,000 words in November. My goal is 160,000 words by mid-January. I'm hoping that my momentum will keep me going until I'm depleted because I really want those two books. I'm already day dreaming about the second book and what the plot will be so if I go straight into it, it'll feel like I'm just continuing the first book. I'm in love with these characters and this little town I created in the prefecture north of Tokyo, so spending more time with them will not be a bother, that's for sure!

These words in November are just the beginning of my journey, but it's been fun to work alongside all these other authors struggling or sprinting to get their words in at the same time I did. There was a sense of community and purpose while we all wrote our stories and some of them are still going strong since there are still 8 more days to go.

According to my schedule for next year, I'll be doing NaNoWriMo again come November 2016. I'm already looking forward to it!