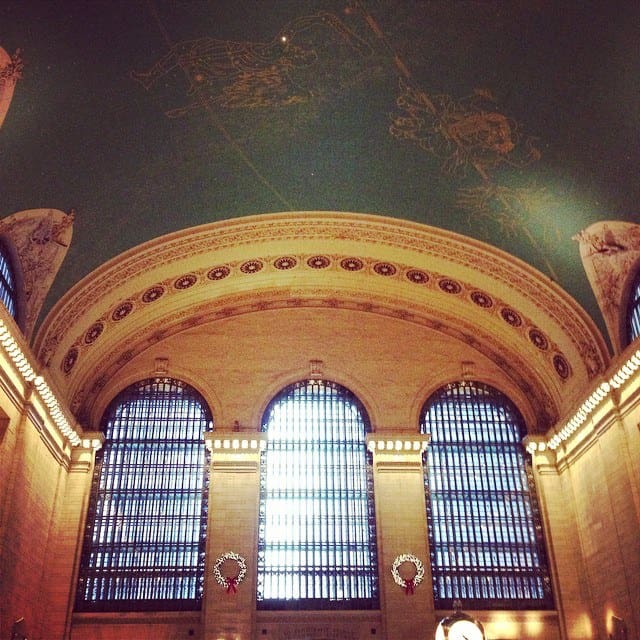 Here's a post from my old blog! Obviously this post was written after I'd had a really horrendous commute into work one day. Every now and then, I would run across the craziest people on the trains. And really, all I wanted to do was read my book…

According to the crazy woman on the F train to manhattan this morning, the CIA owns all of the poppy and marajuana fields in Afghanistan. They own and run the Washington Mutual Bank. Mormon CIA members (yes, Mormons.. Those god-loving, don't-even-dance conservative church-goers) also run Starbucks and use it to distribute heroin and crack-cocaine. Special Agent Bill (can't remember his last name though she said it like 50 times. I'm horrible with names.) from the CIA will gladly dispute these accusations if you just pick up the phone and call him. You can also ask him about the major drug bust in New York reported within the last week or so (according to crazy train lady, though not found on a google news search) where black and hispanic men were found with $11m and drugs and “why is it that the blacks and hispanics are always found with money and drugs? If they had $11m would they be living in the projects, I ask you?” Her logic astounds me. Someone get out the Nobel Prize, I think we have a winner.

Crazy train lady nearly inspired a riot. A businessman, who was trying to read his newspaper, kept telling her to shut up and “could you please give it a rest?” She took this as a sign to test the waters with everyone else in the car. “Who else wants me to shut up? Let's see a show of hands.” I looked around to find that I wasn't the only one who's hand shot in the air. This was a moment of pure joy as most new yorkers go out of their way to ignore weirdos and beggars on the train. She laughed at all those that raised their hands and told them to go to the next car. Thankfully, that didn't stop Mr. Businessman from berating her much to the chagrin of my fellow passengers. I left the train at W4th street because I couldn't concentrate on my book, and heck, I had heard it all before. Who needs a repeat of that? This is the second time I have run into her and you wouldn't know that she was off her rocker just by looking at her. She's an average, late 40s/early 50s, black woman with short greying hair. Well-dressed and on her way to work, it seems, but the minute she steps on your train, you are in for a earful.

And I'm sure after this morning, I went to work and had a really stressful day. The days that started out like this always ended terribly. LOL. But I'm glad I get to relive it now through my old blog. It's good to remind myself of why I don't live in the city anymore.

More vintage NYC post to come in the future!