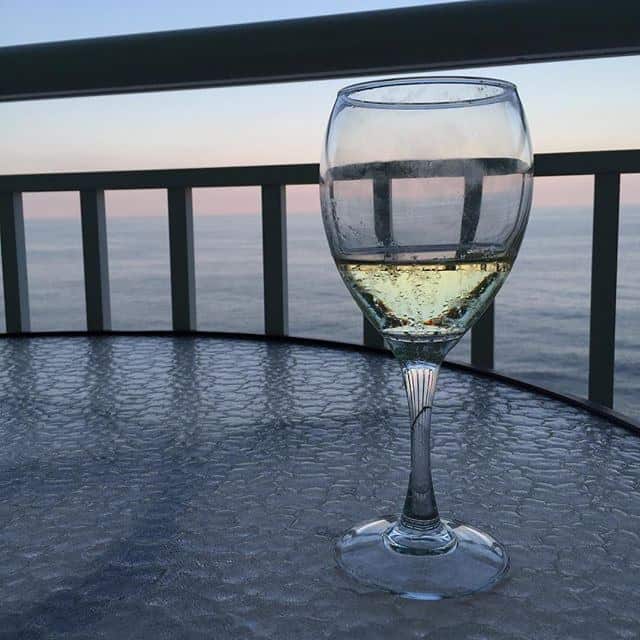 Happy anniversary to me! I've made it through 2 whole years of being a published author and I'm super pleased with how far I've come in such a short time. (Read last year's anniversary post). I say “short time” even though sometimes it feels like an absolute AGE since I started this journey. Considering I was writing my first Nogiku book in 2011, I've actually been at this thing for over four years now, so it definitely feels longer than it's been. Let's get straight to the nitty gritty…

State of the Author

Before I get into some numbers and graphs, I want to talk a little bit about expectations, dreams, goals, and education. I've been thinking a lot about my writing career lately, since it's so new and I have the awesome ability to shape it in any way that I can since I prefer to be indie published. When I look back on my previous career (1998 to 2008) as a web programmer and designer, I had a whole ten years to build something really fantastic. In the beginning, I was at small dot.com firms, building websites and learning new tricks and programming languages. I struggled for 3 years to find my place before I came upon the ultimate working situation for me, a position at HBO.com. Over the years I was a programmer I learned many different things: Javascript, Perl, PHP, SQL, etc. Each year, I challenged myself to take on a new goal and achieve that goal, showing my employers that I was a valuable employee. I took my education seriously.

This summer it dawned on me: my writing career is and should be NO DIFFERENT. This past year I challenged myself to learn more writing craft and how to write short stories. Both of these things I took to heart and worked really hard at. I read a few books on story structures and I wrote a few short stories, both of which I really enjoyed. And now I can say I accomplished those things, can do those things, and can move on to learn even more!

For this third year of my writing career, I'm setting another goal. I wonder sometimes if I haven't found success yet, like I did in my first three years of my previous career, because I'm not writing in the correct genre for me (read my post On Not Fitting In). I love scifi romance and contemporary romance, and I'll continue to write books in those genres because I like having a diverse backlist, but I want to try something new I've never tried before.

This year I'm challenging myself to learn to write mysteries. I love mysteries and have always been a fan of Sherlock Holmes, Agatha Christie, and Murder She Wrote, so this seems like something that would be fun to try. Heck, if I fail, it's okay too! I remember trying to learn Java, and man, I just did not get it. Lol.

So it's quite possible you'll be seeing some very different (but still Japan-inspired because I can't get away from it) books from me in the near future.

I remember a year ago how I wanted my books to be everywhere on the planet and on every vendor I could find. I researched a ton of solutions to get my books everywhere and even opened my own web store. And then I realized just how crappy other vendors were, how difficult it was to get to them and how badly they managed their businesses. Heck, Smashwords this past week announced they won't work with Flipkart in India anymore because they were so slow to list, delist, and change prices. Last year, iBooks gave me the runaround and denied Reunited five times (they denied a Revealed short story a number of times too), and Barnes & Noble screwed up all my books' listings. Sigh.

Now that I have two years of data to look at and have been through the Scribd debacle, I've made an important decision for 2016 and beyond. I moved all of my books exclusively on Amazon for the foreseeable future. I just do not have enough readers on other vendors to be excluding Kindle Unlimited from my income stream. I apologize to those of you who have found me via iBooks, Barnes & Noble, and the two people who have bought my books on Kobo or All Romance eBooks. Lol.

Last year, I shared with you my book sales stats and I will do so again this year. Since next year will include Kindle Unlimited data, I'll need to come up with a new chart. I hate Excel! But I'll do it for you, my dear friends.

I am still not making a living off my writing. Not even close to minimum wage. I want to make a living solely off of writing fiction, so I don't think that will happen for another few years. (FYI, for anyone else looking to make a living off of writing fiction, it's a long game. Be prepared to invest 10 years or more). These sales numbers are just numbers, and most of the higher bar graphs are when I was running a sale, which means my income was even lower than usual. 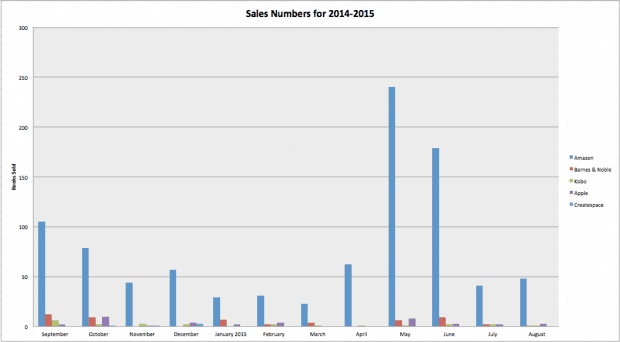 As you can see, I'm definitely selling more books in quantity than I did last year, but in the end, I didn't make any more money than last year. And I definitely spent more this year in expenses. My All Romance eBook income this year was zero, and I think I sold less than 10 paperbacks, so those numbers are not included.

Here's one area where everything improved! I wish my blog were as easy to grow as my fiction. I did increase some traffic to my blog this past year with some timely posts and Facebook ads, but I believe my readership grew because I took the initiative to blog regularly and honestly. 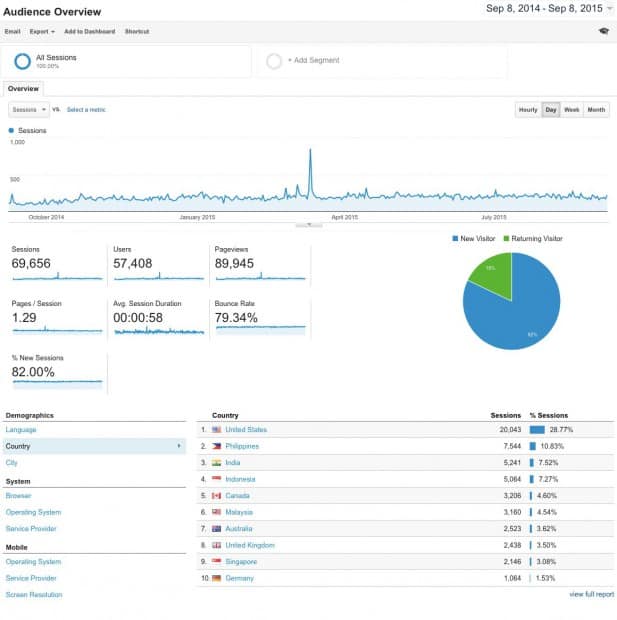 Let's look at some comparisons…

Pages per session and Duration is down and Bounce Rate is up a little, which means people are coming and looking and leaving quicker than they did the year before, but I'm not concerned by that because the top numbers have increased so much. Overall, I'm happy, and there's still more tweaking to do on my site.

I thought it was a good idea to highlight review stats last year, and although I don't mind negative reviews anymore (I've had some desensitization this year), my review numbers are just so low, I don't even want to talk about them. Despite having a great ARC reading team and doing everything I can to ask for and plead for reviews, my numbers just do not budge. REMOVED has been free since April and only accumulated 3 reviews since then. What am I doing wrong? I'm still selling books, so it's not like people aren't buying. They're just not reviewing. I even put my books on NetGalley! I don't know. I'm trying not to focus on it, so I won't post any numbers here and we won't do this feature next year either.

Looking Back On Last Year

I learned a lot this past year, but my biggest lesson is that I have to just not give a fuck about the stuff I can't control. (Excuse my language but it's necessary). I have to not give a fuck about my sales numbers, my review numbers, what other people think of my books, etc. Those are all things I can't control and I have learned to let go of them. Same with my Facebook reach. Same with my Bookbub rejections. 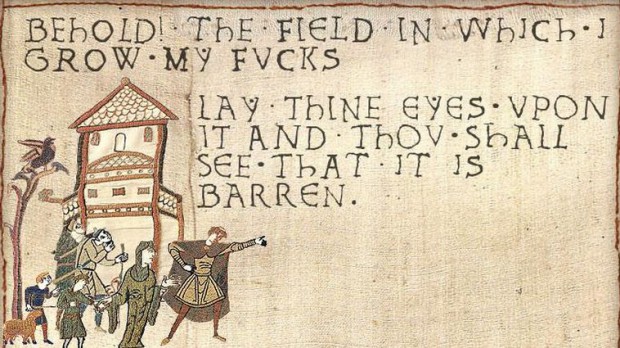 What do I need to do? 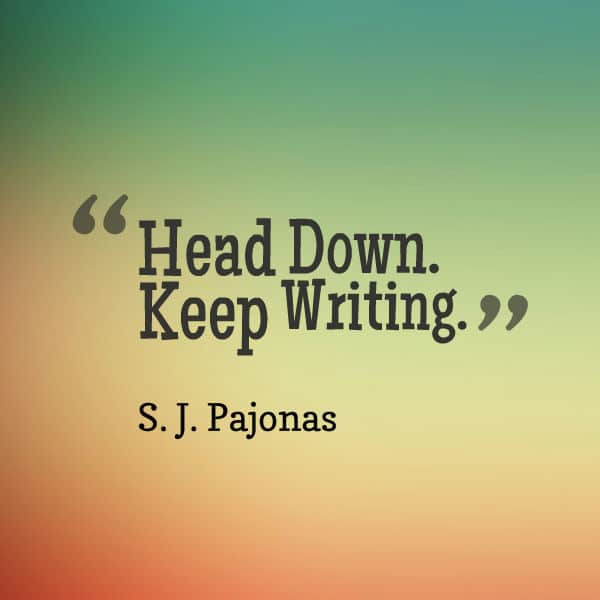 But there were some awesome things that did happen this year. Let's take a look at some images… 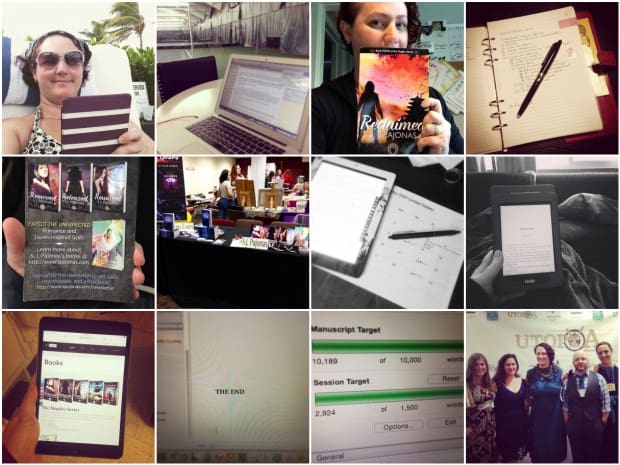 There was writing, there was “the end”, there was vacation and reading and planning. There were paperbacks and there was UtopYA. There were a lot of great things that happened this year! I'm really most impressed with the books and short stories I wrote. I really love them. I published RECLAIMED and SUMMER HAIKUS, and all of the Kami No Sekai short stories. I'm really proud of all of them.

What To Expect Next Year

This is a little nebulous because I'm working on several project at once and I'm taking my time with each. You see, sometimes I work really really hard at a project, I pour my heart and soul and hard earned cash into getting it out to the public, and then I watch it flop. That's so hard. So I'm in the Give No Fucks mood now. I'll write what I want to write, when I want to, publish it and move on because I'm having fun. This is another reason why I'm moving to Amazon only. Because I need to optimize my ROI since I'm publishing from my heart, not based on what's popular or hot.

So, what can you expect from me? More short stories in the Kami No Sekai series. Hopefully the beginning of my new mystery series. Possibly something else in the Nogiku world (either a prequel or a new series!) I'm way up in the air here because I have lots of ideas and I won't know they're working until I start writing them.

That's it from me! Thanks for sticking around for two years and I hope to see you back here next year with happy thoughts and great news all around.