Today, Aurora Springer stops by to talk about the first book in her series, GRAND MASTER'S PAWN. Her series is a fun mix of science fiction romance, paranormal, chess, and Alice in Wonderland. Intrigued? She was happy to explain the Grand Master's Universe!

My stories feature active characters traveling in exotic worlds where love develops naturally during the adventure or quest. Humor creeps into the books, often the main protagonists love to joke. I enjoy creating unique characters and weird worlds.

The world of Grand Masters’ Universe is set about a thousand years in the future in a galaxy rather like ours. Civilized planets are linked by teleportals for instantaneous travel, and their governments are united under the Galactic Congress. The portals are the main means for interplanetary transport of people and goods. Space ships have a limited, yet vital role in this world. Sub-light speed ships of Space Corps search for inhabited planets outside the system and construct new portals to link them into the galactic web of portals. 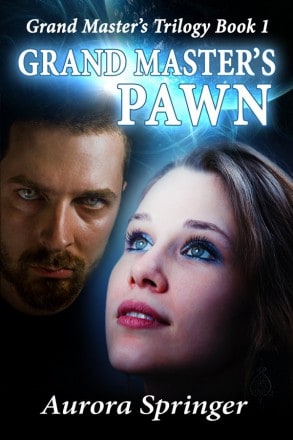 The Grand Masters’ Universe is intended to include a trilogy and side stories with the possibility for more. Grand Master’s Pawn is the first book in the trilogy. This book has scenes on eight different planets. Several of the planets were terraformed a thousand years ago and colonized by humans traveling in slow sleeper ships before the invention of portals. Other planets have alien inhabitants. Some aliens, such as the Brululians and the Dragons, rarely travel off their home planets.

The Council of Twelve Grand Masters exerts a major influence behind the scenes. The twelve Grand Masters are the most powerful psychic entities in the universe, or so they claim. There are many rumors about their fabled powers and the games they play. They are rumored to fight each other for ownership of planets. No one has seen a Grand Master. They never appear in public because exposure to their unshielded power can be fatal to ordinary people. Twenty years ago, they closed the doors to new apprentices and prohibited the training of psychic talents. Each year the Grand Masters select a few pawns to serve them from a hundred eligible candidates.

In Grand Master’s Pawn, the universe is viewed through the senses of Violet Hunter, a young empath and graduate of the Terran Space Academy. At the start of the story, the outer regions of the galaxy are disturbed by the serious problem of portal failures. During the course of the story, the portal problems cause loss of communications with sectors of the galaxy and severe food shortages on Terra. Violet seeks the cause of the problem. She hunts for the truth about the Grand Masters. Who are they, and do they intend to help or destroy civilization?

Violet is selected as the pawn of the Grand Master with the griffin avatar. She travels to different planets on missions for him, visiting human colonies and planets inhabited by aliens. During her missions, she acquires new powers and allies.

The title of the book illustrates the analogy to a game of chess, as in Alice Through the Looking Glass. Each mission represents the move of a pawn in the game. The fourth mission takes the pawn, Violet, to the seventh square and she can be promoted to queen in the next move. The game twists in a new direction when she encounters three of the Grand Masters in the dramatic climax of the story. Her search for the culprits responsible for the portal crisis will continue in the next two books of the trilogy.

A thousand years in the future, wars and portal failures disturb the fringes of the galaxy. On Terra, twenty-two year old Violet Hunter seems an ordinary student of the Space Academy, who dreams of exploring unknown planets. She applies to serve as the pawn of one of the twelve Grand Masters, although her hidden talent of empathy makes her ineligible. Violet has defied the prohibition against psychics for half her life. Why should she stop now?

Isolation is the penalty for a Grand Master’s great power because their touch is deadly to a normal person. The Grand Master with the griffin avatar selected the girl with the star-shaped birthmark in spite of her father’s dire prophesy. He is suspicious about his disobedient pawn, yet he cannot deny the success of her missions to strange planets where she finds more than he expected.

Violet seeks the truth about the mysterious Grand Masters. Who or what are they? Do they threaten or benefit civilization? While searching for answers, Violet does the unthinkable. She makes a bargain with her obnoxious Grand Master and challenges him to meet her face to face, risking her secret to discover his purpose. She plunges into an impossible love and a world of intrigues. Will she survive the vicious conflicts? 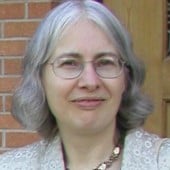 My career in science involves describing new discoveries for research articles. But, I’ve imagined adventures in weird worlds for as long as I can remember. Last year, I achieved my life-long ambition to publish novels. My published works include science fiction and fantasy with romance and a sprinkle of humor. I was born in the UK and live in Atlanta with my husband, a dog and two cats to sit on my laptop. We have two sons away at college. My hobbies, besides reading and writing, include outdoor activities like watching wildlife, hiking and canoeing.