I love this guest post today! Donna is so right about all of these rules and how they should be broken. In fact, I believe I've broken every single one of these rules in my own books. Read on! 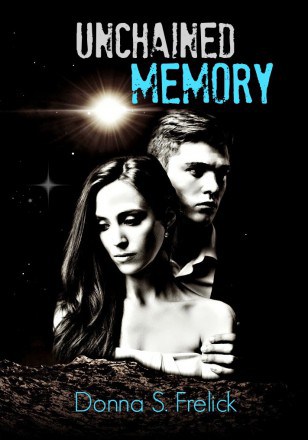 The free-wheeling subgenre of science fiction romance explores a wide galaxy of wildly different stories, from space opera to post-apocalypse, dystopia to tentacle love. Despite that diversity, you’d be surprised how small a spacesuit we’re expected to wear outside the confines of our community. By the Powers That Be. By readers. And even, sometimes, by other SFR writers.

Those unwritten expectations are how you get questions like, “Oh, you mean, like, sex with aliens?” when you say you write SFR. These questions can be delivered with an expression anywhere between fascination and horror, depending on who’s asking.

So, even though SFR writers may not be overly fond of rules themselves, it seems there are rules out there for the breaking. My recently released science fiction suspense romance Unchained Memory breaks quite a few of them.

1) All SFR is about spaceships. You know, like STAR TREK, or STAR WARS. Well, the bad-guy alien Grays couldn’t do their dirty work of abducting humans in Unchained Memory without spaceships. And the good-guy Interstellar Council for Abolition and Rescue couldn’t rescue and return those humans to Earth, either. But UM is not about spaceships.

2) All SFR takes place in a galaxy far, far away. Or at least on another planet, in another dimension, in the future, or someplace or time equally far removed from the mundane. Yeah, but what if something science fiction-y is going on right here on Earth? Right under our unsuspecting noses? The X-FILES, FRINGE, TWILIGHT ZONE, all challenged us to imagine a world that was not what it seemed. That is also the world of Unchained Memory, one in which the Earth is at the center of a battle between interstellar slavers and abolitionists. (Not that I don’t go off-planet to show you an alien world here and there. What kind of SFR writer would I be otherwise?)

3) SFR is sex with aliens, or cyborgs or that guy from the future who they sent back to prevent computers from ever becoming sentient. Asia Burdette and Ethan Roberts, the heroine and hero from Unchained Memory, are flawed, wounded, 100% human beings. But I like to think the sex between them is pretty interesting. And hot. And, most importantly, leads to a happy-ever-after, emotionally satisfying ending.

4) In SFR, alien abductors only want one thing (see #3 above). In SF erotica, the abduction trope is fairly common. Alien cruises Earth, looking for mate/concubine/slave. Alien takes heroine. Alien discovers heroine is secretly queen/fated to be his alone/worth more than just meat for alien sandwich. In Unchained Memory, alien abduction is literally the stuff of nightmares, a traumatic experience for heroine Asia. It has no “romantic” component. Not necessarily a better approach, just a different one.

5) SFR heroes and heroines ride off into the starcloud alone. Really, it’s amazing they ever find each other, these starship captains and lone wolf traders, these mercenaries and space pirates, apocalypse survivors and dystopian hustlers. They almost never have friends or family. They can barely tolerate the crew, if they have one. (Some do have cats, thank you, Linnea!) Like the great cowboy, military or detective heroes on whom they’re based, they’re loners, all. Except for Asia and Ethan, who like to confide in close friends. They gather people around them in Unchained Memory, people who risk their own lives to help them—people like Rescue agents Rayna and Sam, who, of course, will tell their own stories later on in the Interstellar Rescue series.

“Rules” are meant to be broken, but I didn’t set out to break any when I wrote Unchained Memory. I just wrote the story as it came to me—the tale of a woman tormented by visions of an alien world and a psychiatrist who risks everything to protect her on the run from mysterious agents with a sinister interest in UFOs. Maybe if you like what I did with this story you’ll be tempted to break a few rules, too.

Three hours ripped away her past.
His love promised her the future.

From the night she wakes up in her pickup on the side of the road, three hours gone and everything of value lost to her, Asia Burdette is caught in a clash of invisible forces. She has only one ally in her struggle to understand why–Ethan Roberts, a man she shouldn't love, a psychiatrist who risks everything to help her.

Unchained Memory is available NOW at Amazon.com and BN.com. 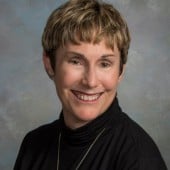 Donna S. Frelick was an RWA® Golden Heart® Double Finalist in 2012 in the Paranormal category for the first two novels in her SFR Interstellar Rescue series. She currently lives in Virginia with her husband and two talkative cats.