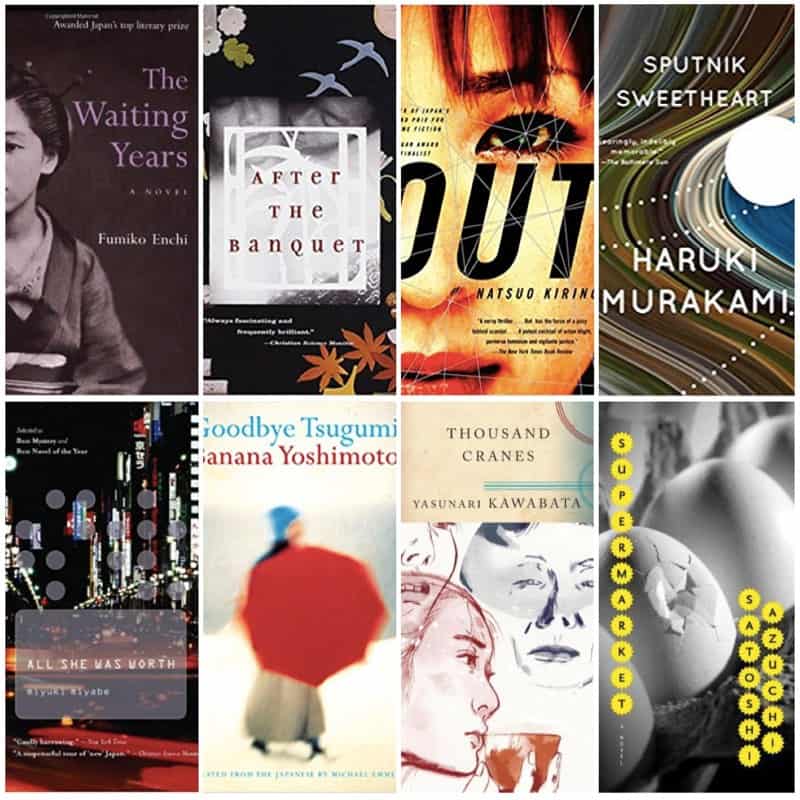 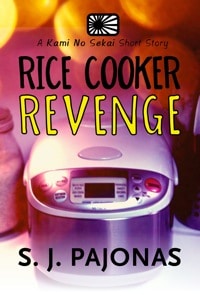 Today I'm going to share with you some of my favorite things, books written by Japanese men and women, originally in Japanese and translated to English. If you thought that I wrote in a niche, well, now you know I also read in niches too. All the writing experts say to write what you would want to read! And for me, I wanted more of Japan like in the books I loved to read.

For this list, I chose eight authors and one of their books to get you started! I'm going to link to these all on Amazon, so you can just click over and try one for yourself! Let's go! (Or ikimasho! in Japanese) 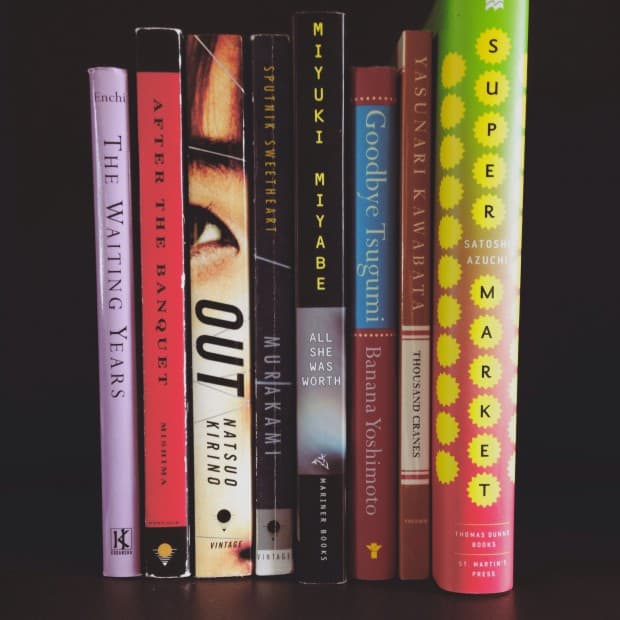 From left to right.

1) THE WAITING YEARS by Fumiko Enchi (On Amazon) – According to Wikipedia, Fumiko Enchi was one of the most prominent women Japanese writers of the Showa Period (1926 – 1989). It's been years since I read this book, but I remember how in awe I was by all the descriptions and easiness by which all the women were portrayed. This is the story of a wife who seeks out mistresses for her husband, and greedy man that he is, he can't just stop with one. The women, all different, must live together and their interchanges are addictive to read. I really hope they put this in ebook form soon!

2) AFTER THE BANQUET BY Yukio Mishima (On Amazon) – Mishima was an author, playwright, and, amongst other things, a film director! Look at the handsome photo of him on Wikipedia (le sigh). Ahem. I really enjoyed this book once I got into it. I'll admit that I set it aside once and then came back to it later and devoured it. Kazu, the heroine, is a strong, vibrant, and capable protagonist, and her dealings both in her restaurant and with her husband were completely fascinating. Mishima's writing style is very beautiful but serviceable, and this translation is nicely done.

3) OUT by Natsuo Kirino (On Amazon) – This was one of those thrillers that had me wondering about little old ladies on the street and what they do behind closed doors. It's about a murder perpetrated by a woman working at a boxed lunch factory. I'm not normally a thriller reader but this one had me reading way into the night, and it was so tense I often had to inch my shoulders down from being up around my ears. Kirino mentioned in an interview that the aftermath of a famous murder inspired her. Let's just say that, to this day, there are no trash cans in Inokashira Park, Kichijōji, Tokyo because of this murder. (On a side note, Kichijōji is the setting for the novel I am currently writing!)

4) SPUTNIK SWEETHEART by Haruki Murakami (On Amazon) – It's no mystery that Murakami is my favorite author of all time. His novel, THE WIND-UP BIRD CHRONICLE, is my favorite book of all time, too, but SPUTNIK SWEETHEART was the first book I ever read by him. Murakami is modern in a way that none of the classical Japanese authors are, so you get a treat of everyday Modern Japan with a good dose of surrealism in his books. SPUTNIK SWEETHEART is essentially about longing, pining for another person. It combines a mystery, a love story, and mysterious forces at work in the lives of its protagonists. It even touches on lesbianism. I remember reading it and thinking about it for a long time thereafter. I've even re-read this book, and it did not lose anything upon the second read through.

5) ALL SHE WAS WORTH by Miyuki Miyabe (On Amazon) – A woman contemporary author, not many of Miyabe's works have been translated but I really enjoyed this particular detective novel. What many may not know about Japan is how well tracked people are there. By reading this novel, you get to learn a little about family registers and the way Japan catalogs its citizens. Not only was the mystery fascinating but the works at play behind it opened my eyes to the culture in modern Japan. Miyabe also writes science fiction and fantasy and I hope her other works are translated sometime soon.

6) GOODBYE TSUGUMI by Banana Yoshimoto (On Amazon) – I'm so happy that my list has so many women on it! Banana Yoshimoto is a favorite of mine and this story sticks out in my mind the most of all her books on my shelf. This is the story of two cousins, Maria and Tsugumi, and their last summer together before university. Interestingly enough, this book is not even put in a category on Amazon (I didn't know you could do that), but it is about younger characters. Anyway, I loved the story about the two young women and what each of them wanted out of life. A wonderfully poignant novel.

7) THOUSAND CRANES by Yasunari Kawabata (On Amazon) – It's hard to say what my favorite Kawabata novel is. I have many of them (SNOW COUNTRY, MASTER OF GO, and BEAUTY AND SADNESS being a few) and sometimes their themes blend together. This one stands out in my mind though because it is about doomed lovers. It is entirely pessimistic and quite perverse, but those are things I found very fascinating and kept me reading. A young man shows up for his father's funeral, falls for his father's mistress, they get together, he falls for her daughter, they get together. You get the picture :) But it's all imbued with the quiet nature of the tea ceremony. If you're not into this book's themes, try MASTER OF GO (On Amazon) instead which is about an older and younger player of the game Go and their duel to the bitter end.

8) SUPERMARKET by Satoshi Azuchi (On Amazon) – This seems to be the only book translated to English by this author and I considered passing it up to feature Kezaburo Oe instead, but something about this book was great. Maybe it's just me, but I love these studies of everyday life in Japan, and I was fascinated with the ins and outs of Japanese supermarkets when they were just coming into fashion. Not only was it a fun character study but the innovations they came up with to sell produce were incredible in a world that hadn't done those tricks before. If you like documentaries or creative non-fiction, you'll like this book. I believe it's wholly fiction but reads more like non-fiction.

There are MANY amazing Japanese authors and sometimes only the biggest ones get translated to English. I also really enjoy Kenzaburo Oe, Natsuo Soseki, Osamu Dazai, and Kazuo Ishiguro (though I do prefer the Japanese writers that write about Japan, mostly because I always want to know more about Japan).

And finally I like certain translators over others. I'm more of a fan of Edward G. Seidensticker over Alfred Birnbaum. I also love Jay Rubin who has translated a lot of Haruki Murakami's work.

Feel free to comment and tell me about your favorite Japanese authors! I always look forward to adding more books to my reading queue!