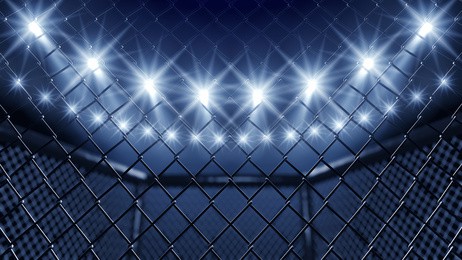 Today, I'm pleased to feature LG Kelso on the blog and she's here to talk about her new release, FIERCE. I love the concept of this book. It's nice to see strong women fighting and taking back their lives. If you haven't picked it up yet, there are links at the end of this post!

FIERCE is obviously fiction, but there are some settings in it that exist–some of them in their entirety, and others as pieces and bits.

In my mind, setting is its own entity. It's a character, really, and just as important as the leading role. Let's look at a few of the big settings, and see what places are in “real life” too!

First off, FIERCE takes place in New Mexico. Let me assure you, New Mexico is a real place. And it is part of the US. In real life, NM is a big MMA state. Many of the top fighters train in NM, and some top coaches coach in NM. There are multiple settings in FIERCE, from the gym to the library to the field and so on, but I want to look at two particular settings. 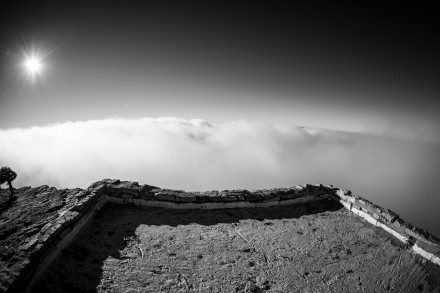 There are a few scenes that take place in the mountains.

The mountain still hid the sun, and the cool air left over from the night made my moves jerky. The elevation continued to change, my lungs feeling the altitude. My breathing hastened, and the dry air leeched the sweat and moisture out of my body. I wavered, the land below ready to shift and reform under each step.

We reached the crest of the Sandia Mountains as the sun barely graced us. An old building—Jeff had said it was a post built sometime in the 1930s—jutted out over the mountainside.

Piles of the rock bricks huddled along the base of the building, but it still stood. I moved to the edge, where the earth fell away, sloping thousands of feet below. Low clouds had infiltrated the thin air, and wisps of mist trailed through the trees and fogged the rocks.

…I climbed up the old post house, stepping gingerly on the rocks, to the flat top of it—the roof that provided our mitt area. I listened to the silence, to the still air, and breathed in and out.” 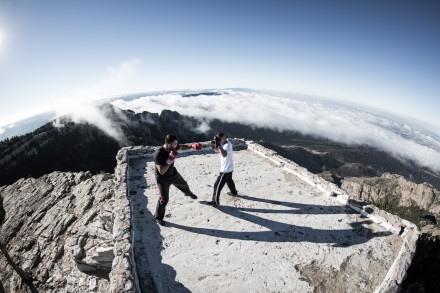 This is a real place, located in the Sandia Mountains. It's actual name is the Kiwanis Cabin. It was built by the Civilian Conservation Corps in the 1930s. I've heard it called the rock tower, the cabin, and the ranger post among others. The altitude is over 10,000 feet.

As you can see from the beautiful pictures–photographed by Wilson Fox–it is a gorgeous setting.

Here's a look at part of the gym from Tori's perspective:

Instead, my eyes narrowed on the metal cage that filled the north corner. The lights above it were off, leaving half the caged-in octagon in darkness. A wave of acidic nausea hit me. Flickers of light from the rest of the gym highlighted pieces of silver metal, sharp teeth surrounded by black.

I hadn't been in this cage since I thought I wouldn't survive to get out of it. The old me and my old dreams were fermented in the bloodstains, and as I had feared, the good memories had been overwhelmed by only the bad, and those nightmares still haunted this space.

The new boxing ring stood in the middle of the gym, separating the large mat section from the workout equipment area. The platform raised the bottom of the ring about two feet off the ground, and under the bright lights, it looked inviting. Two ropes ran horizontally across each of the four sides, connected to the four corners.

I hope you guys enjoy the settings as much as I do! 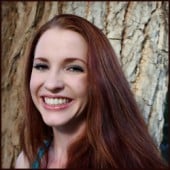 L.G. Kelso writes speculative and contemporary novels. Having grown up watching Xena and Hercules with her grandmother, L.G. inherited her passion for the fantastical, mythological and paranormal. She writes fantasy genre mash-ups that have empowered heroines, complicated heroes, and, of course, magic.

L.G writes in various categories, but her passion in New Adult, and has been long before New Adult was acknowledged. This interest led her and a group of other New Adult fanatics to create NA Alley: Bridging the Gap between YA and Adult Fiction.