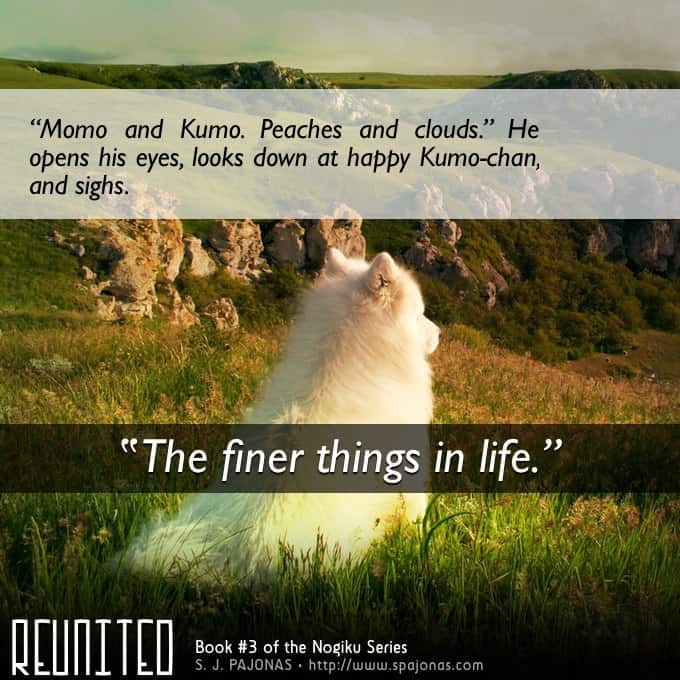 This teaser gives away a big part of the coming plot for the next two books so I decided to save it for last :) Nishikyō was mostly devoid of animals excepting the zoo in Ku 8 where Sanaa fell in love with her first animal (a llama) and the fish pond at Shōfū-an where the fish flocked to her on Tanabata. I like leaving these little clues for books further down the line! Lol. Let's just say that NOTHING I write is ever a mistake or inconsequential. If you're paying attention, you'll see all the pieces line up.

P.S. I really want this dog in this photo. Sigh. Super kawaii.

And now for the big news that people who actually click through the teaser photo on Twitter or FB will get. REUNITED is already available! Pre-order it on Barnes & Noble, iBooks, and Kobo and you'll get it on Thursday. Order it now on Amazon or my book store and you'll have it immediately. Easy peasy.

And don't forget to queue REUNITED on Goodreads! https://www.goodreads.com/book/show/22037312-reunited

Get Started With REMOVED Today! 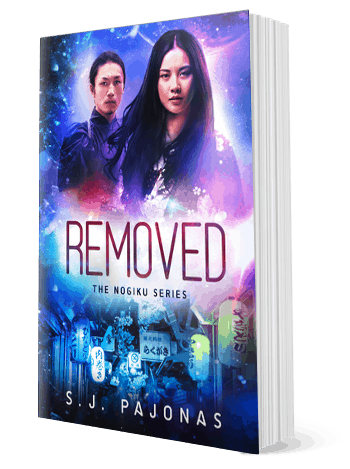